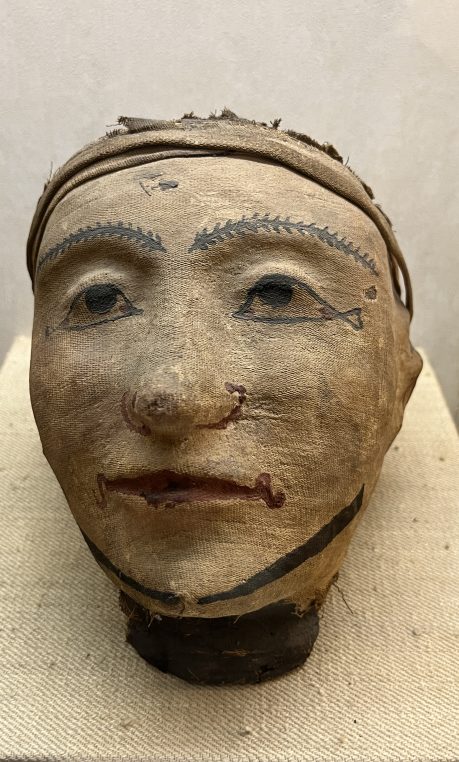 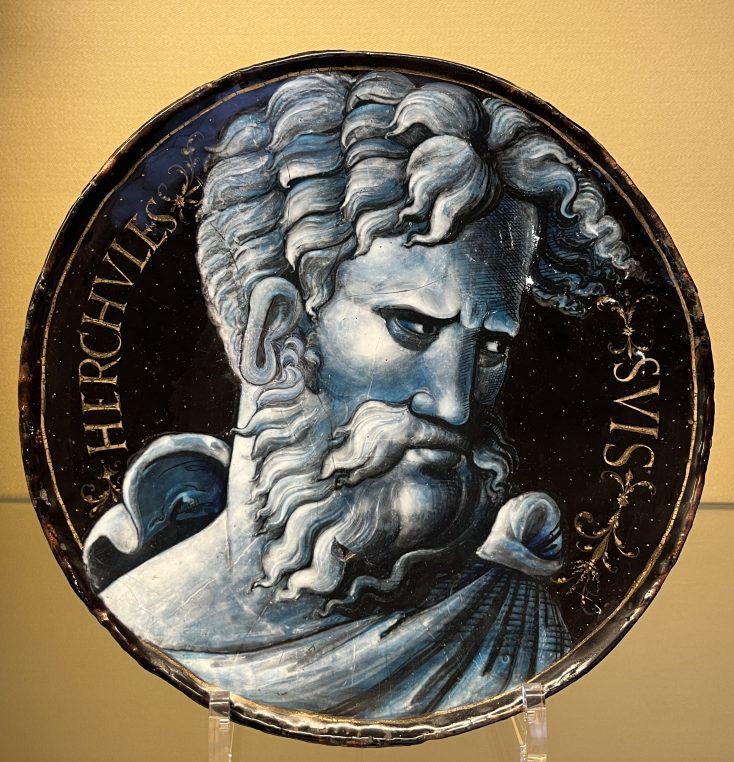 When Mathieu Deldicque mentioned that he had borrowed an ink portrait of a lady from Musée Vivenel for his major Dürer exhibition at Chantilly (opening on June 4), I became intrigued. Who was this Antoine Vivenel (1799-1862)?  So I went with my friend expert of the city of Compiègne, Garance Aufaure, and I found amazing treasures in this municipal museum, which is too often eclipsed by the Imperial palace. This real estate/architect entrepreneur made money under the reign of Louis Philippe and started collecting Egyptian, Greek and Roman antiquities. He also collected ivory chess pieces, and religious  Medieval works, Renaissance Italian faïence and Limoges enamels by Leonard Limosin. And a room is devoted to local paintings of Donjon de Vez by Régnier, and Compiègne’s 1732 bridge. The Hôtel de Songeons-Bicquilley, where the collection is shown, is a charming museum full of surprising discoveries. 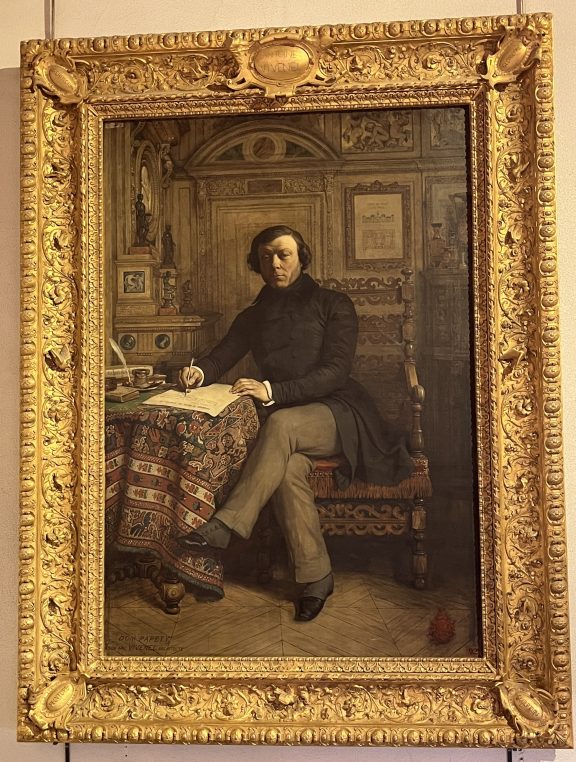 Antoine Papety, Portrait of Antoine Vivenel signing the chart of the foundation of the museum, 1843-1845, surrounded by pieces he loved

Vivenel participated in many constructions with the architect Louis Visconti including, Hôtel de Ville de Paris and  Hôtel de Pontalba, which is now the American Embassy in Paris. The 1848 revolution ruined him because many of his clients stopped payments and he died in complete poverty having given all his collections to the city of Compiègne. The Egyptian pieces include a momy of a child and Pharaoh Sethi I ‘s ring. The funerary stella of Hapou and You-Ouri from the XIII th dynasty. A cup with red figures by Antiphon, Athens 490 bc, a sculpture of poetess Corinne, from the IV th century bc is a Roman copy of a Greek piece.  His Greek collection  comes partly from Lucien Bonaparte’s which was discovered in Tuscany. Others  pieces come from the William Hamilton collection. 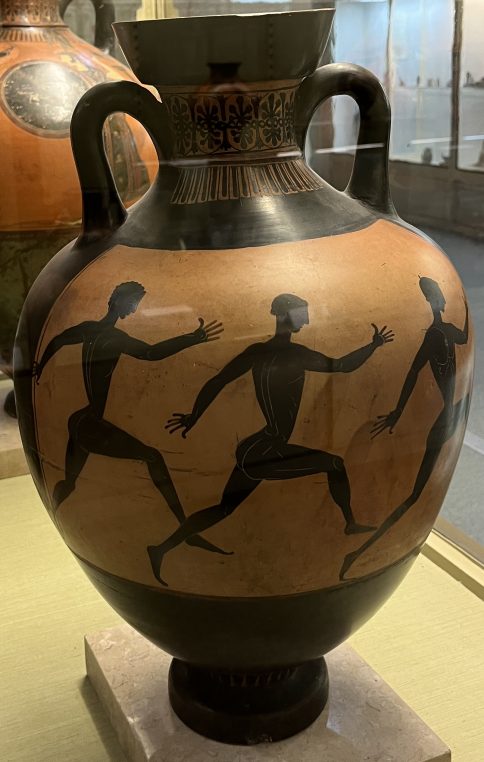 The marble head of Niobe, Queen of Thebes, from the second half of the IV th century, the Roman head of Hermes, a plaster of the Cariatides, and numerous red and black vases start the visit. Then on the first floor, appear all the majolicas, from the 16 th century: Faïence from Cafaggiolo with an extraordinary chariot with four horses, a Spanish-mauresque plate, Urbino plates and Bernard Palissy faïence. A marble of Hercules from the XVII th century and something I had never seen before, pitchers and vases in sandstone from Raeren (Belgium), Pierrefonds which is nearby or Cologne from 1592. 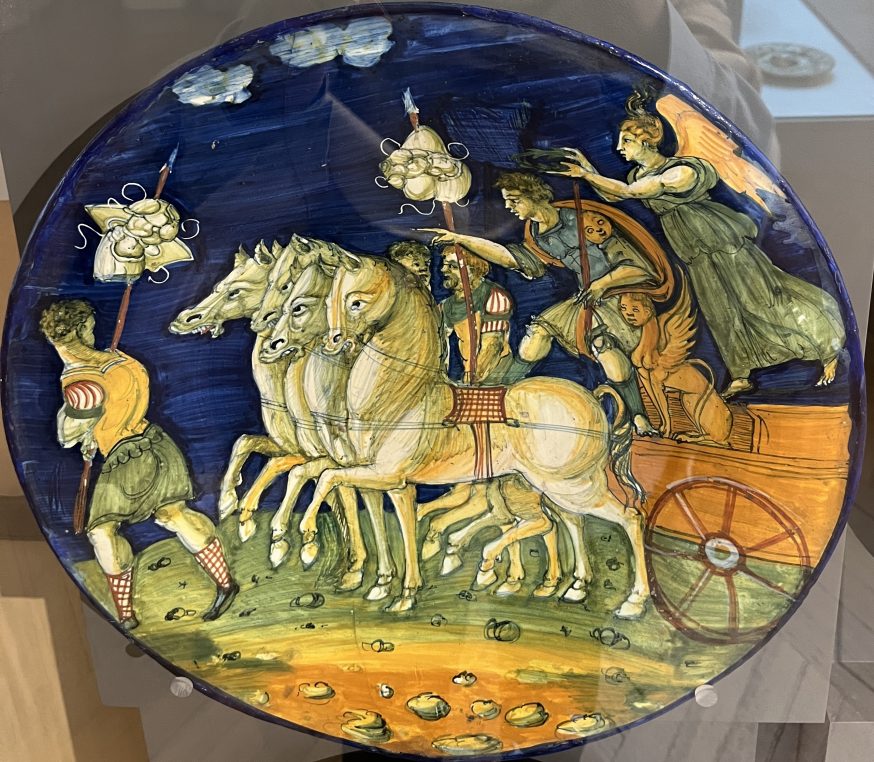 If you like strange objects and plates, you will love this endless series of beautiful finds. An alabaster gilt altarpiece by Tobian Tissenaken, two touching wooden virgins from Northern France, a Virgin with child by Perugino, all treasures which appear from behind a door. Two paintings in the manner of Joseph Vernet and two small ravishing Marguerite Gérard, Musical monkeys by Decamps, add a classical touch to the collection. 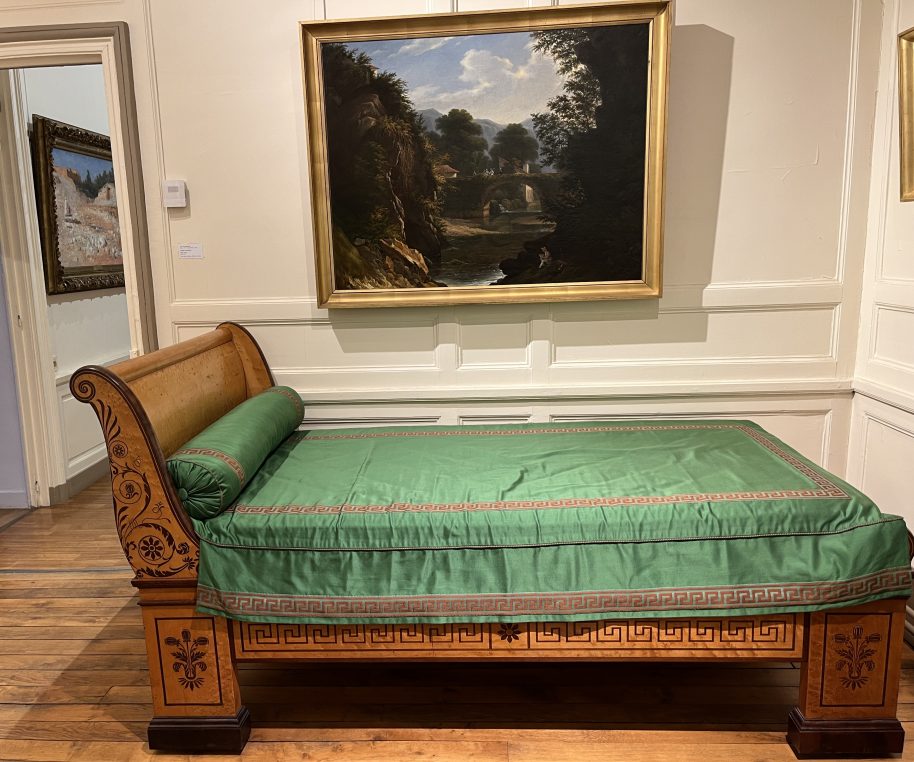 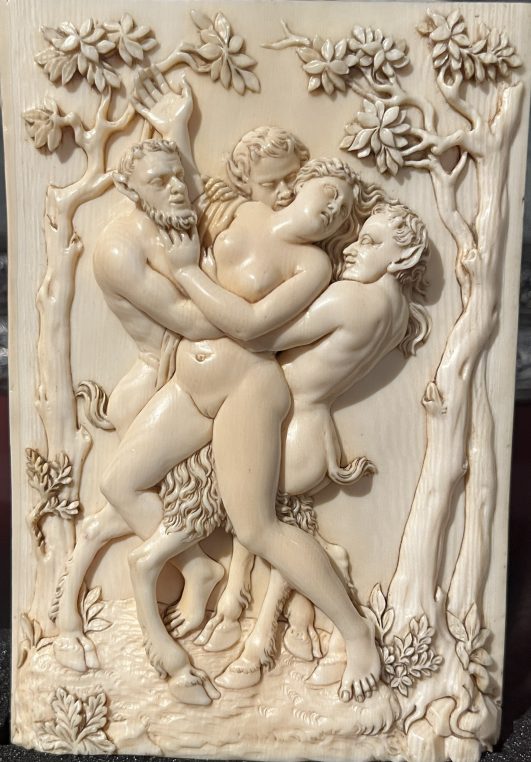 The local finds, from Verberie, Pierrefonds, are very interesting as are the numerous religious statues which ended in the museum from the whole Picardie area. The museum has been recently refurbished, and it is a charming visit away from the crowds, with endless artifacts. 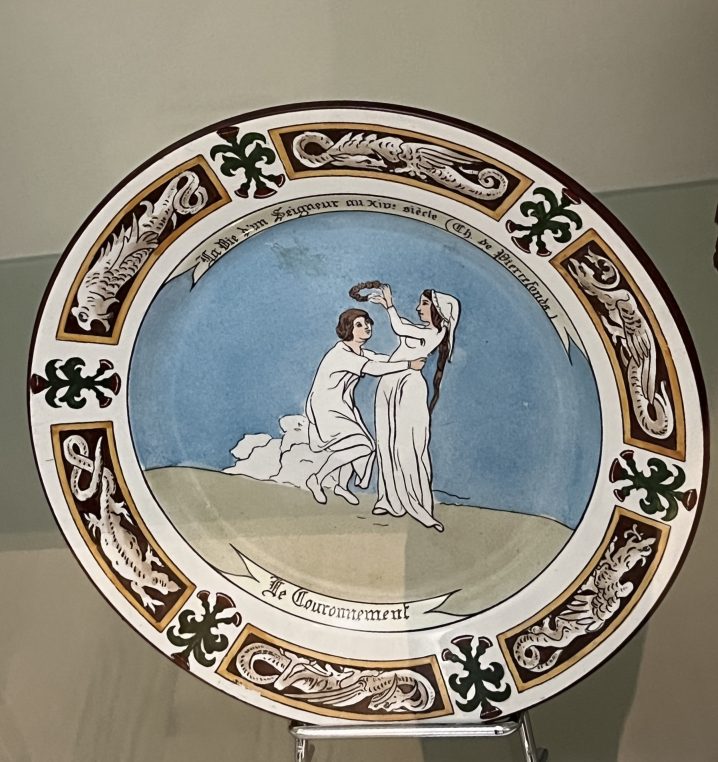 Musée Antoine Vivenel, Compiègne is an hour away from Paris by car or by train from Gare du Nord.

3 Comments on “Musée Antoine Vivenel in Compiègne, what a find!”