Giampaolo Babetto, necklace, yellow gold, one can see his work on the gold

Next year, Naïla de Monbrison will celebrate thirty years of her jewellery gallery located place du Palais Bourbon. She was one of the first in Paris to celebrate contemporary jewellery and to treat the pieces she sells like art objects. At the moment she is showing Italian goldsmith Giampaolo Babetto, who sculpts gold with genius. 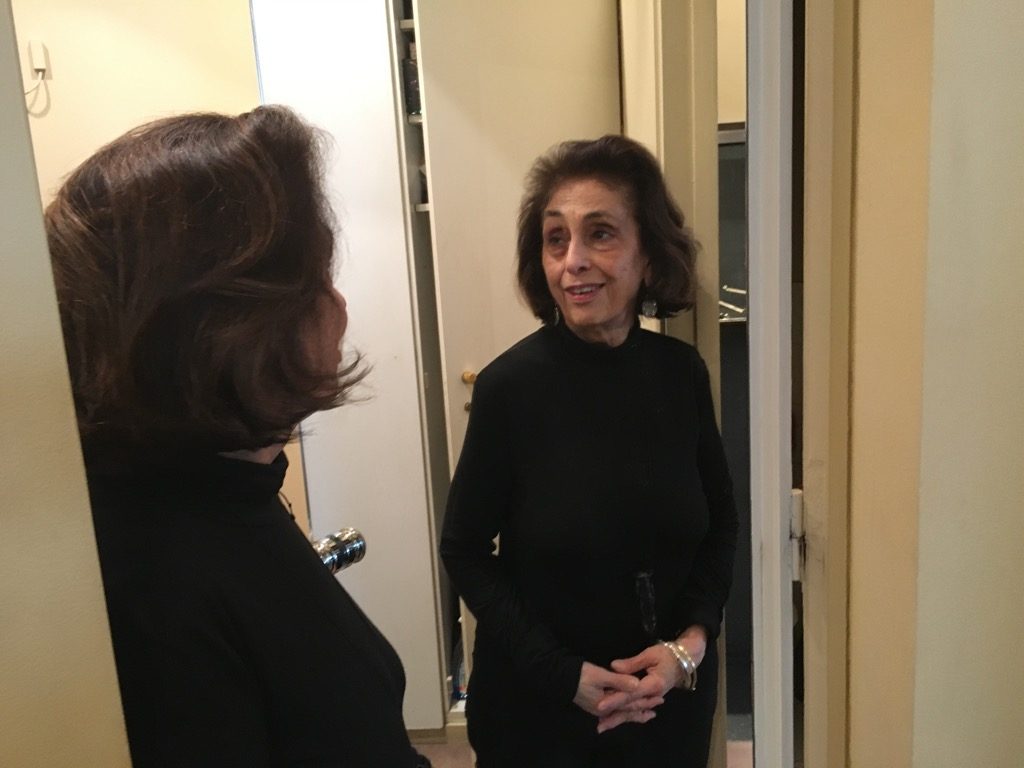 One has to be very in love to acquire these pieces which are worth a few thousand euros each (40 000€ for the most expensive necklace) but wearing one of these rings is like having a beautiful sculpture in one’s living room. It makes you a better person ! 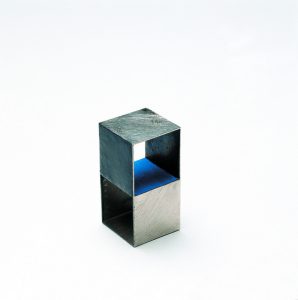 Babetto was born in Padua, Italy, and later studied in Venice. He was mostly influenced by kinetic art and minimal artists like Carl Andre and Sol LeWitt. Louis Kahn’s architecture had a strong effect on him when he visited San Diego in 1988. 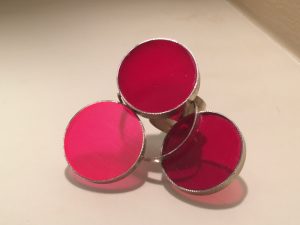 Ring in white gold and methacrylate

His jewells are spatial and visual, austere and somputous at the same time. He works on gold like an artist paints a canvas with a brush. You can actually see the stroke of his instruments on the surface. With the addition of blue, red and black pigments, he plays on the contrast of gold and color. His works are exhibited at Musée des Arts Décoratifs in Paris, the National Gallery of Australia in Canberra and the Kunstgewerbemuseum in Berlin and he has taught at the Rhode Island school of design in the US. This exhibition shows a wide range of his creativity and talent. 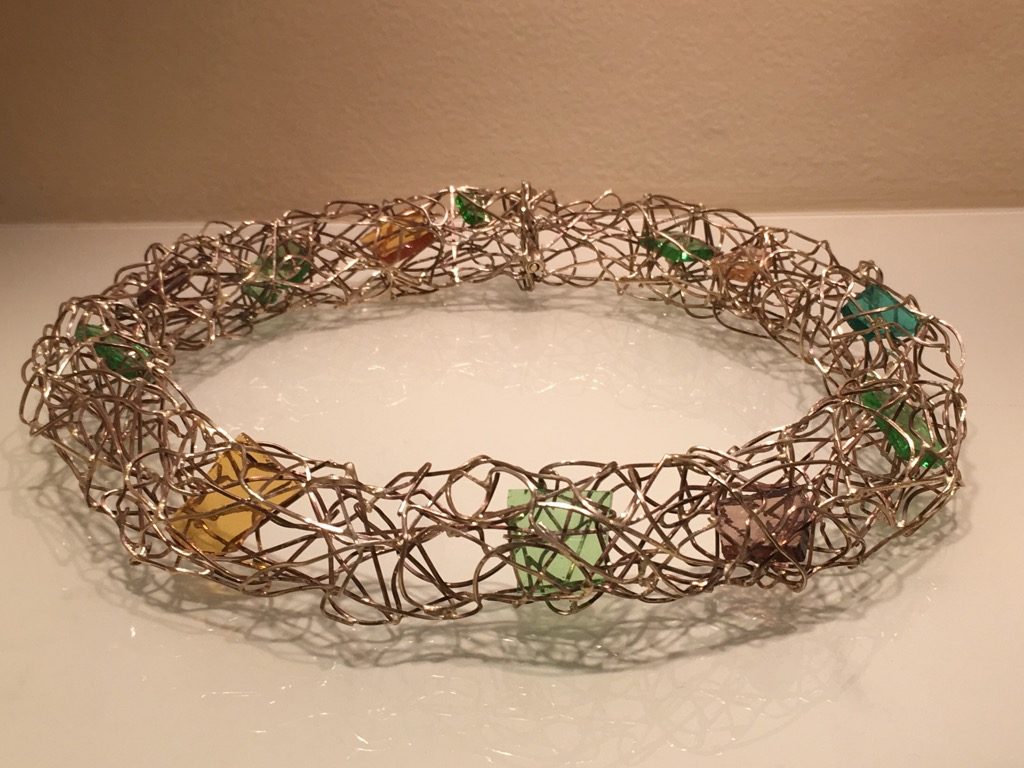 I particularly liked a red ring in white gold and methacrylate but wanted to try them all.

Naïla, whose husband used to run a  major ethnography gallery in Paris, started with ethnic jewelry in 1987. At the opening, the queue of friends and clients went all the way to Assemblée Nationale. Her primary concern is to exhibit artists and mostly sculptors who make jewels. She is very strict when choosing and has developed the career of people like Giorgio Vigna, Taher Chemirik and Gilles Jonemann. Whether in paper, in wood or in precious stones, her pieces are all exceptional and she likes to say that her customers are chic cultivated ladies who appreciate art.

She definitely has found the right spot in Paris, between the excellent Rollet Pradier pastry shop and the remarkable Moulié Savart flowers. She runs the discreet but imaginative jewelry gallery. Do go and visit Naila de Monbrison, 6 rue de Bourgogne, Paris 7, until June 25. 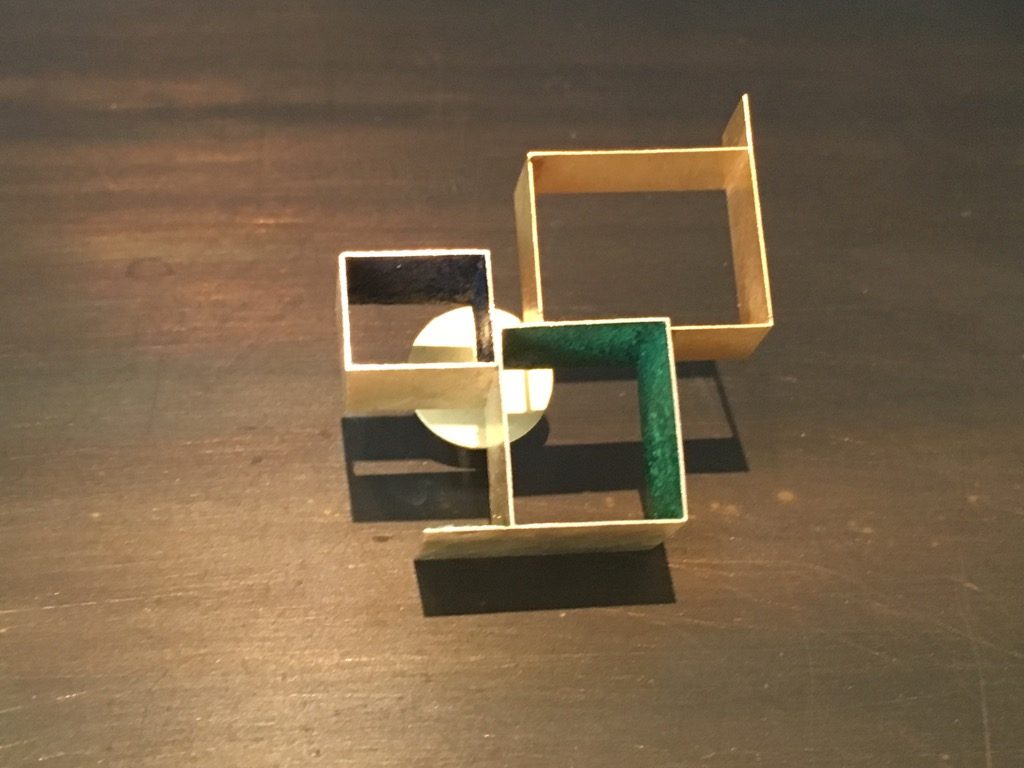 Earring in gold and green pigment

One Comment on “Naïla de Monbrison, a world of “sculpted” jewels”