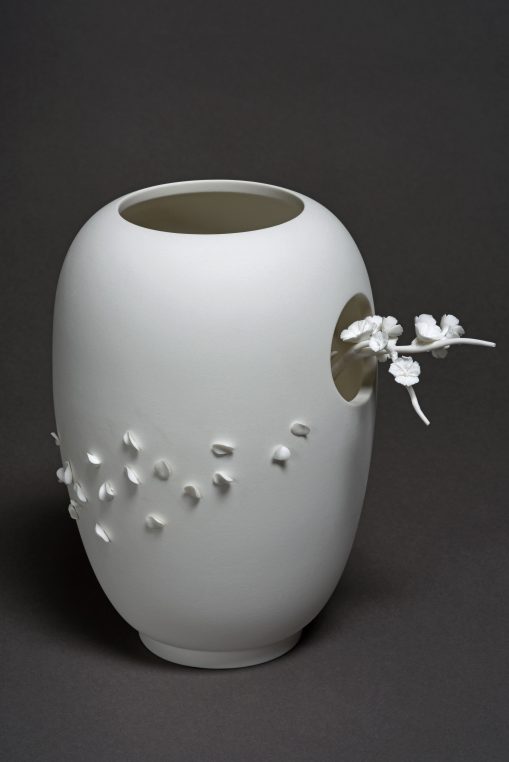 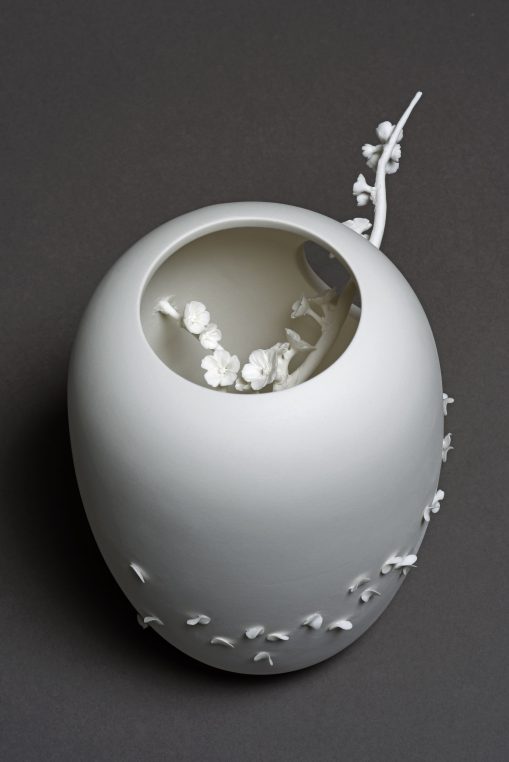 When I visited the Sèvres workshops last year, the Sakura vase by Nendo was just being completed and its magic immediately struck me. The Japanese delicacy fitted perfectly the four century long porcelain technique and suddenly  it all made sense. The modernity given to its collections by Ombeline d’Arche, the creative director, was crowned with success. On Thursday May 24, the small but precious shop of Sèvres facing the Comédie Française, will open an exhibition of the Japanese artist, don’t miss it.

Inspired by waterlilies, the Hasu table is probably the most striking of Nendo’s creations. It is composed of thirteen elements which can be disassembled at leisure and it is an edition of eight.  The Toronto born artist Oki Sato is now 41 and at the height of his art. With his two design offices in Tokyo and Milan, he is able to design furniture, shops, glass or wood objects. He was recently presenting the lamps he designed for Ymer & Malta in New York and this porcelain show is probably the most precious of his endeavors.

His designs are exhibited in twenty two museums in the world. the Sakura vase, a good example of his love for nature, is made of a cherry tree branch which grows out of a vase. A huge exploit for the porcelain manufacturer.

Magic is what art is all about and Nendo is a new moment in the Japomania hat has overtaken Paris this year. Sèvres boutique, 4 place André Malraux, until July 25.

One Comment on “Nendo, a Japanese designer for Sèvres”