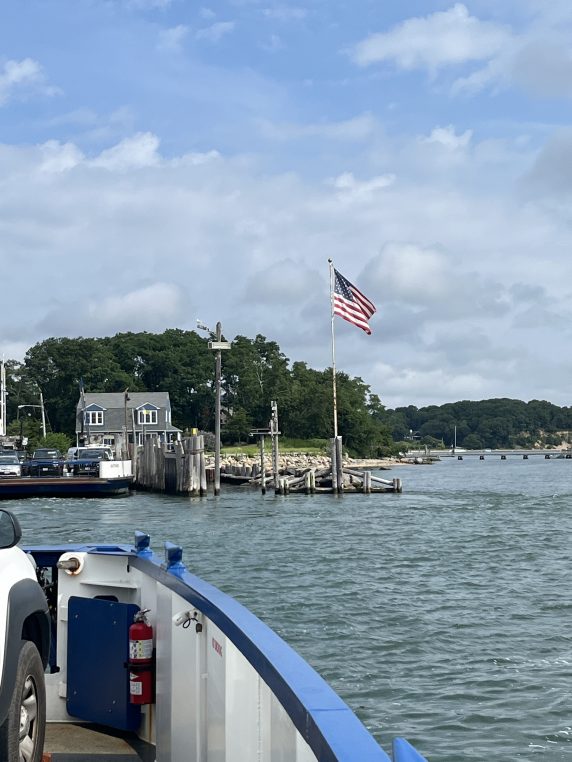 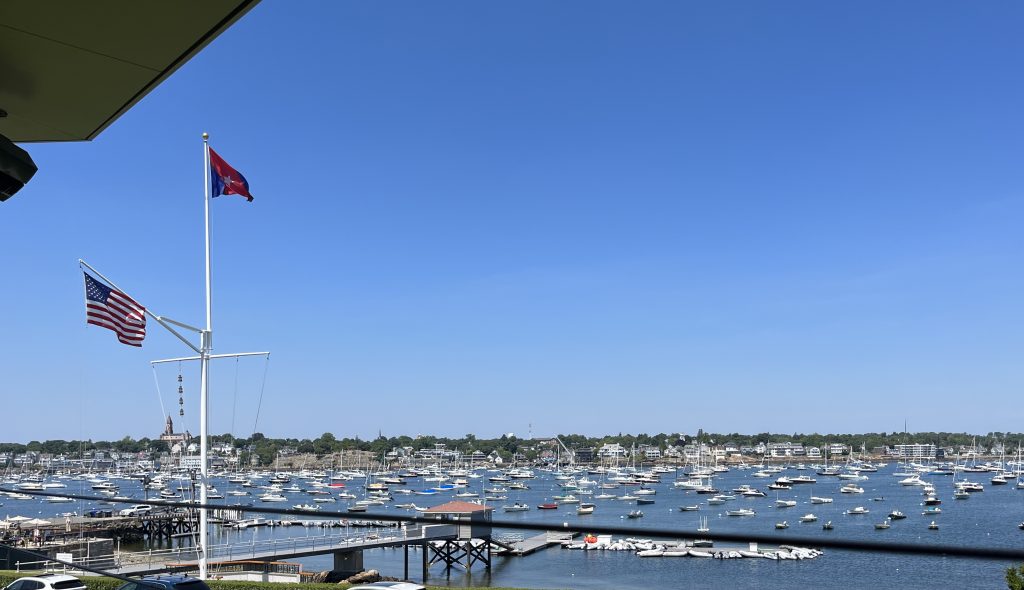 There is nothing that I like more in the summer than flying off to Boston and land in Marblehead, on the North shore, where a fabulous sunset awaits me with a gin and tonic and the view of the harbor. And this is an experience I had not had in four years. So you can imagine my level of excitement when I boarded my AF flight for a new US adventure full of Key lime pies and lobster rolls. Black Point near New London, Sag Harbor, Madison, Woodbury and Warren in Ct, then back to Old Saybrook and Marblehead… What an enchanting holiday! with cultural high points in Hartford, Salem and Sag Harbor.

At the Peabody museum in Salem, a great Patrick Kelly show “Runway of Love”

My first visit was for the Peabody Essex museum in Salem, the town famous for its witches, which has much more to show. The American designer Patrick Kelly (1954-1990) was self taught and went from Vicksburg Mississippi, to Paris in 1979. His show “Runway of Love” is beautifully set and his whimsical fashion which shook Paris in the 1980’s was a perfect hyphen between France and Massachusetts. The museum founded by 22 sea captains and traders (including writer Nathaniel Hawthorne) after George Peabody, has one of the richest Asian collection in the US including a 19 th century Chinese house. It was started by the East Anglia Marine Society in 1799 and was recently modernized wit a magnificent building designed by Syrian Canadian architect Moshe Safdie. 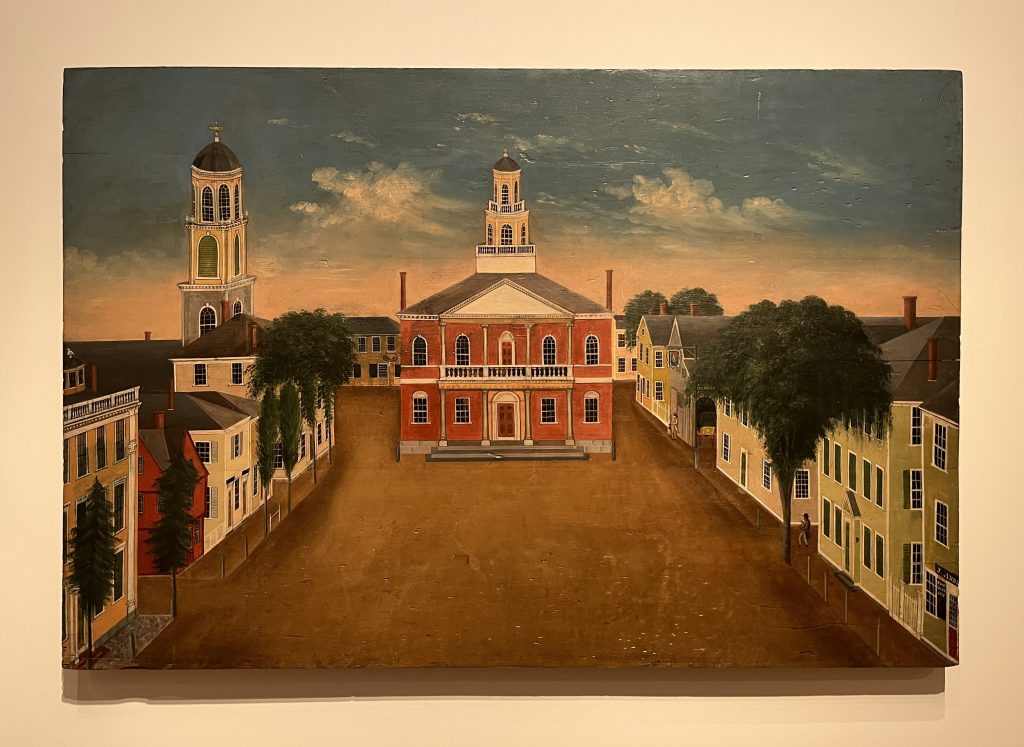 The museum is devoted to maritime paintings and objects, Chinese vases, with many old boats and decors from the 19 th century, to which more politically correct works on native Americans have recently been added. It is one of the most charming places of Northern Boston and well worth visiting. 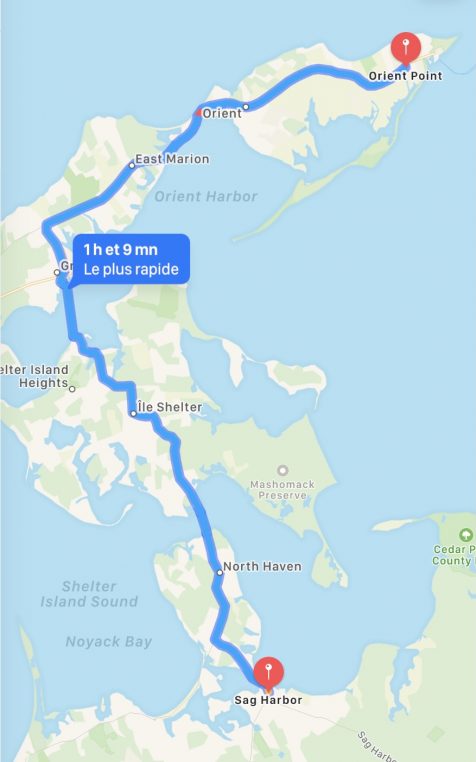 En route for Sag Harbor, Long Island, I took my favorite ferry in New London, an hour and a half of crossing before landing in Orient Point and driving through Shelter Island. Two more five minutes ferries and one lands in trendy land. We went to visit the Drawing room gallery in East Hampton which I discovered with photographer Mary Ellen Bartley and this time had an exhibition of Jennifer Bartlett‘s pastels and drawings. It attracted me irresistibly and coincidentally on the day she died, July 25. She was a fantastic artist and I had met her yeas ago with architect David Berridge, who was remodeling her Brooklyn apartment. 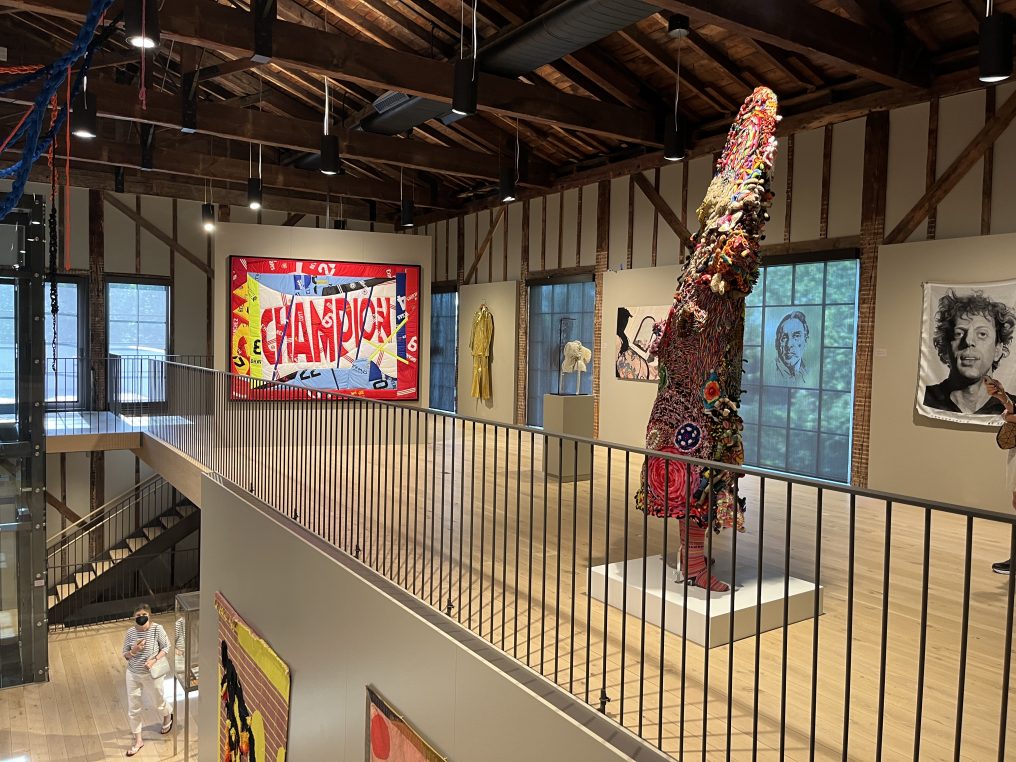 I loved visiting the Church on Madison Street in Sag Harbor where works by Louise Bourgois, Alice Hope, El Anatsui, and Margarita Cabrera were particularly interesting. The former Methodist church was acquired by Eric Fischl and his wife April Gornik who uncovered many treasures in tis interior architecture and hired Skolnick Architecture and Design Partnership to restructure it. On the windows were stained glass used to be, Fischl designed portraits of important characters who chose to live in Sag Harbor, like George Balanchine who is buried there in the cemetery. 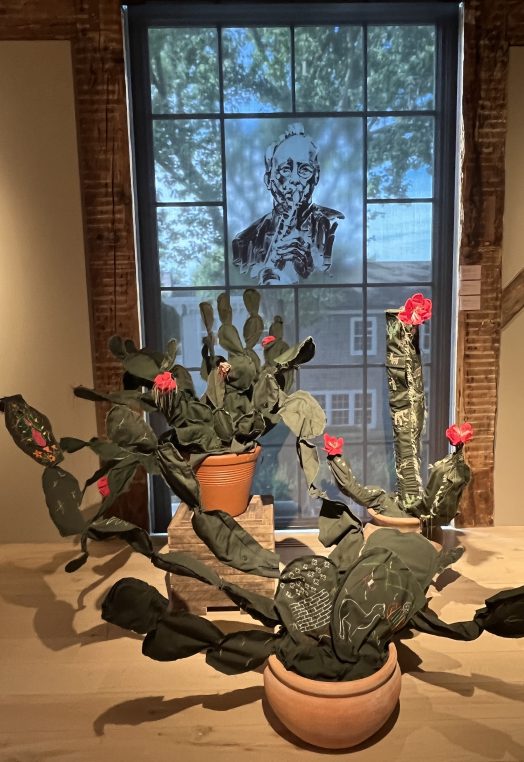 Across the street is a funny French antique dealer, Jean Yves Legrand, at Neo Studio, who sells very good lamps and 1950’s furniture. He is in Palm Springs in the winter and roams the whole country to find vintage French Riviera decorative art. I loved two porcelain lamps designed by Ginori in Florence with yellow and green flowers. 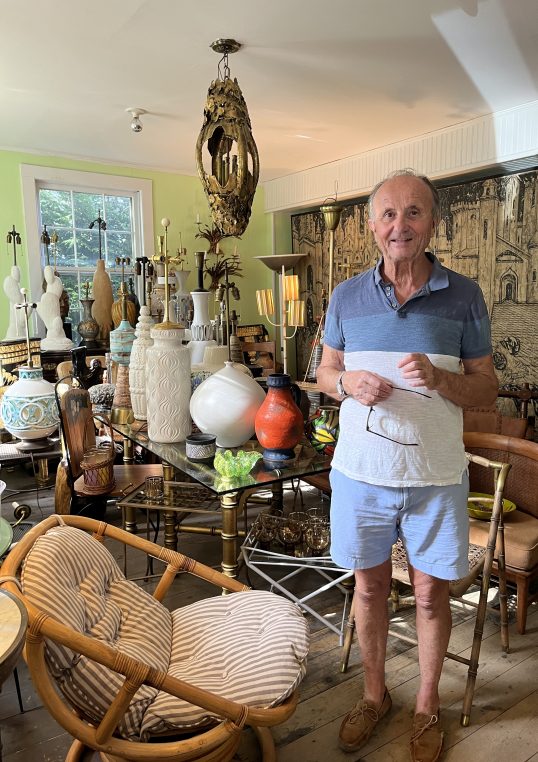 After lunching at the American Hotel, a fixture of Sag Harbor, where I ran into writer Louis Begley, and tasting my first excellent Key lime pie, I reached Madison Ct, near New Haven, which has a superb bookstore, RJ Julia Booksellers, (as does Sag Harbor). Spending time by the sea and discovering hidden beaches and tiny golf clubs (in Old Saybrook) was an enchantment. I ran into numerous farms developed by retired investment bankers and could compare the quality of corn on the cob in Long Island an din Ct. I drove up north to Woodbury, to meet with Brazilian American sculptor Saint Clair Cemin who is starting to paint and will show new works at the Armory show this fall. He introduced me to one of his neighbors, a talented carpenter-architect, who creates exquisite raw furniture at the Mill at Pomperaug. Andrew Peklo III, uses a whole tree and creates cabinets or thin consoles which are full of poetry. 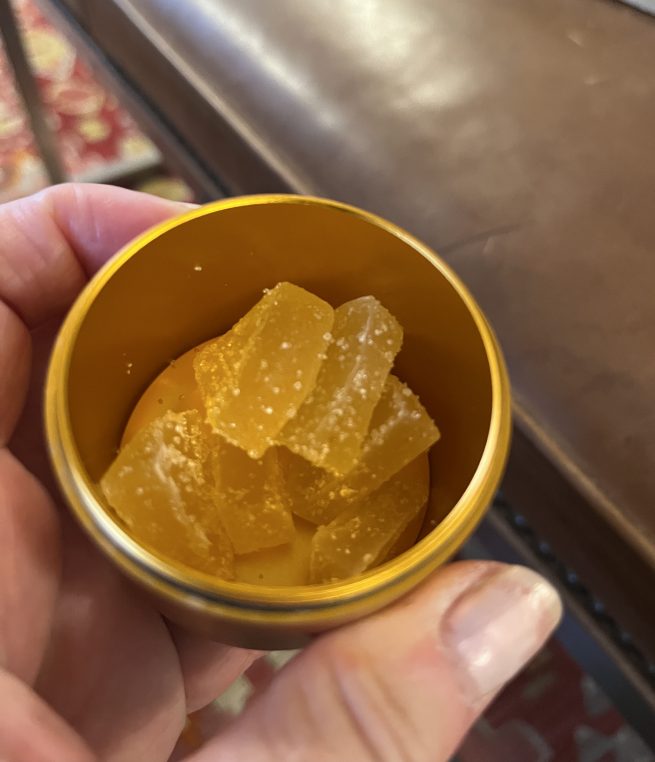 Gummies are the new Champagne

I then stayed with old friends and discovered a new aperitif, gummies, sweets made of marijuana. I was totally bewildered to learn that they took the place of alcohol at dinner parties for people who had chosen to quit drinking… You buy them over the counter in dispensaries! I also tasted my third Key lime pie of the trip which was probably the most subtle: its was made by a French pastry chef who moved to Washington, Ct. 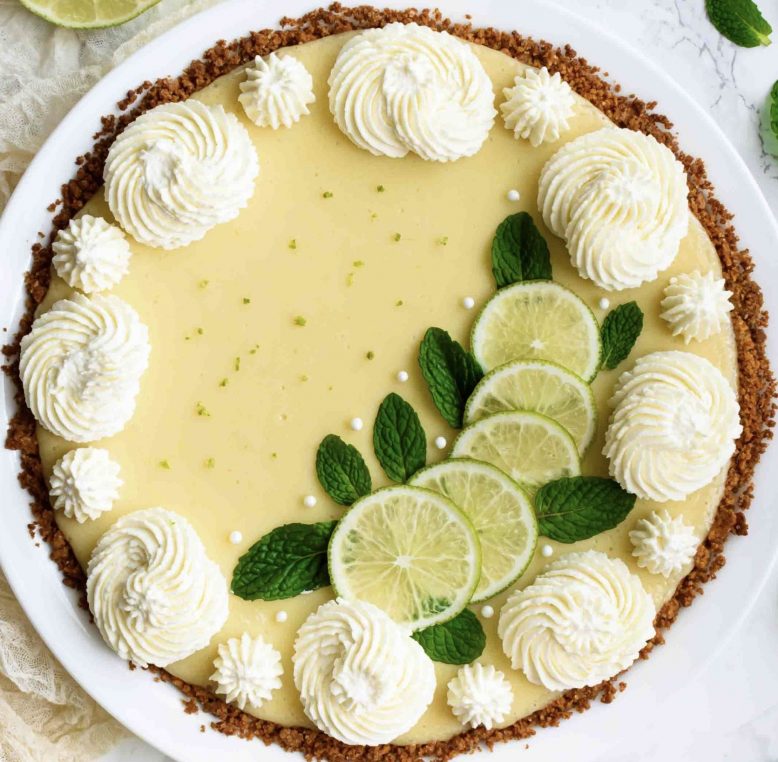 Back to Marblehead, I rushed to the lobster shop in the small harbor and had the best ones ever in a long time. Along with corn and gin and tonic. Regattas were taking place and watching the sailboats going in and out of the harbor became my favorite occupation for a few days. I also read Where the Crawdads sing, the best-selling 15 million copy young adult book published by G.P.  Putnam’s (in French by Le Seuil) which has inspired a film by Olivia Newman which comes out in France on August 17. It is well written and a little cliché at times but was,  in many ways, very inspiring for my teen age nephews. 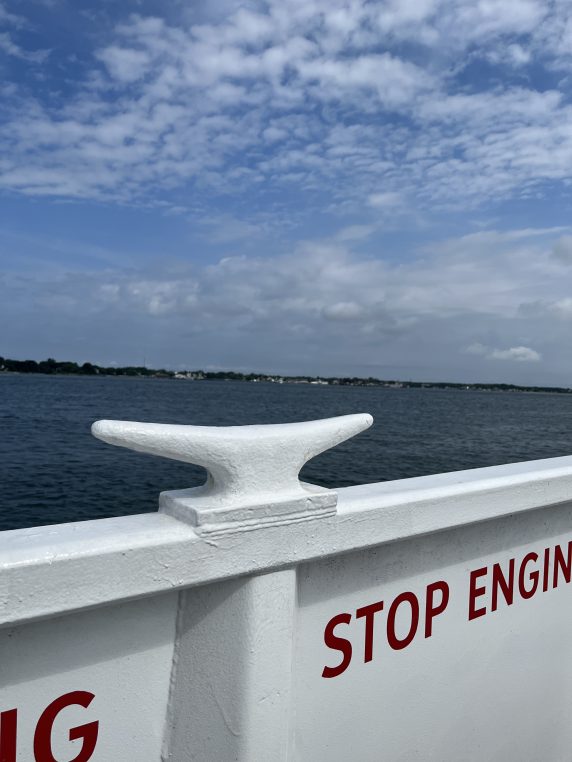 9 Comments on “New England is the best in the summer”