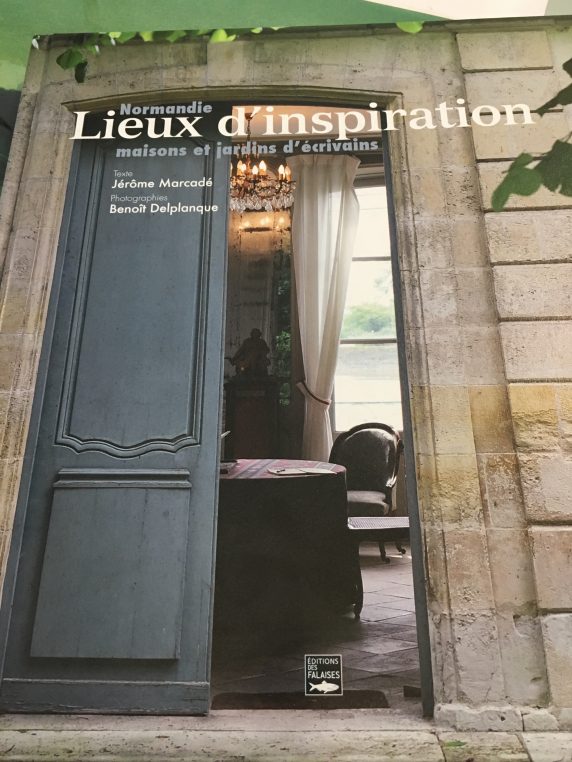 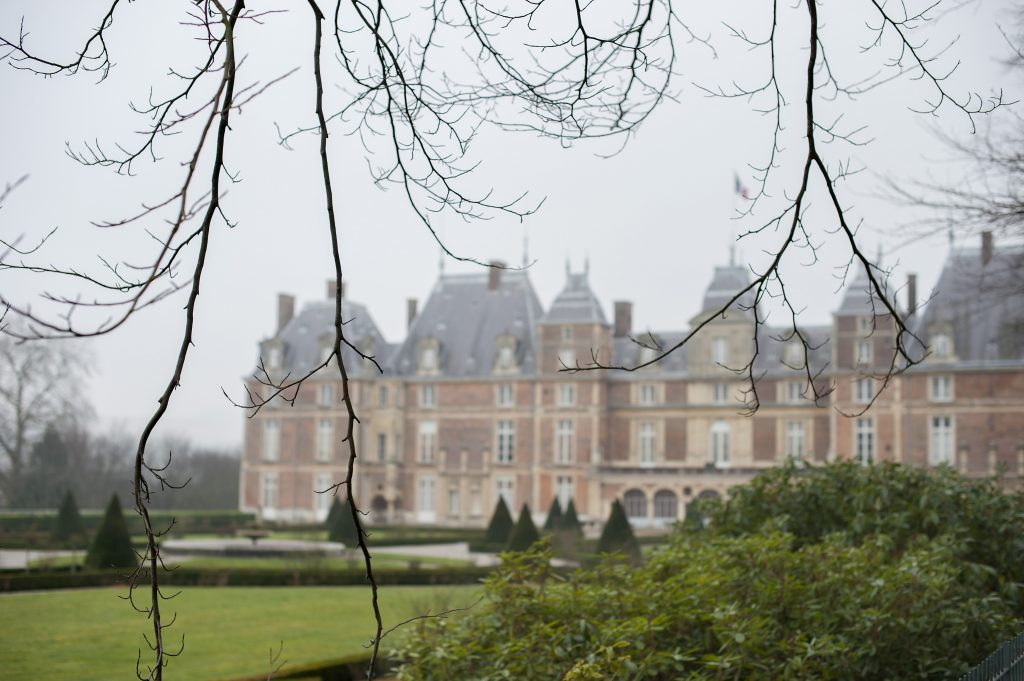 It is always a great pleasure to attend an opening at Jérôme Marcadé’s gallery near Théâtre de l’Odéon. « Jardins en Art » is a very special spot with a lovely courtyard for cocktail parties, and a good selection of sculptures, photographs, paintings and mostly, books on gardens. This time the owner was presenting his own book « Lieux d’inspiration », Houses and gardens of writers in Normandy, with Sipa photographer Benoît Delplanque who spent a year catching the different seasons. 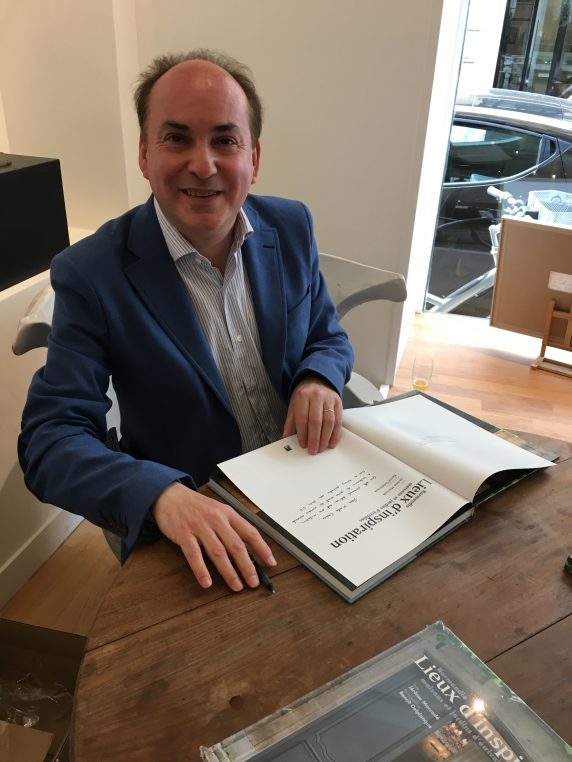 One could browse at leisure in the book shelves where many albums published by Editions des Falaises, based in Rouen, are very attractive. Cider was being served to celebrate this very charming region, North West of Paris which goes all the way to Cherbourg and Mont Saint Michel. 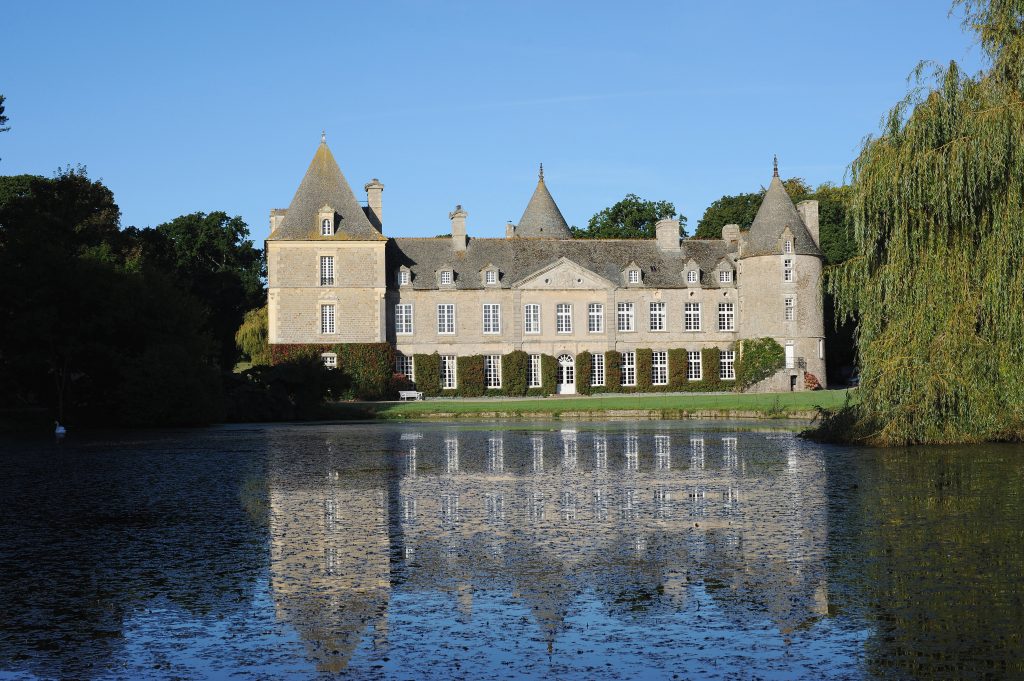 The book is devoted to 25 writers who worked and lived or just loved Normandy. Alexis de Tocqueville in his castle, Guy de Maupassant of course in Etretat, Flaubert, Marcel Proust in Cabourg and André Maurois in Elbeuf, but also André Gide in Cuverville which he describes at length in “La Porte Etroite” and Marguerite Duras in Trouville.
I have a weakness for Maurice Leblanc, author of Arsène Lupin, a series devoted to a « gentleman burglar » and a keen golfer, and his Le Clos Lupin house in Etretat. Every year a Prize is given in his name to literary thrillers. 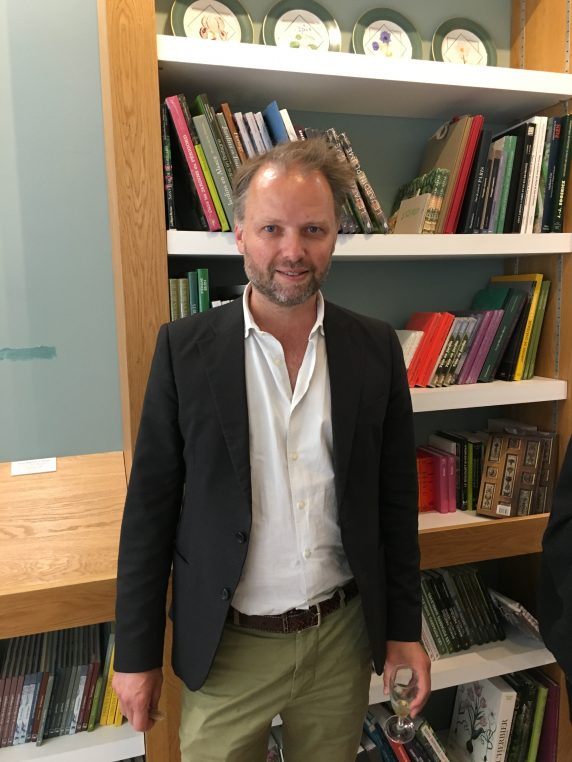 Benoît Delplanque,  who has traveled the world, is the photographer of the book

Gaston Leroux, another thriller writer, features in the book like poet Jacques Prévert. Most of the houses are open to the public but others, more discreet and privately owned, are opening for you in these romantic pages. 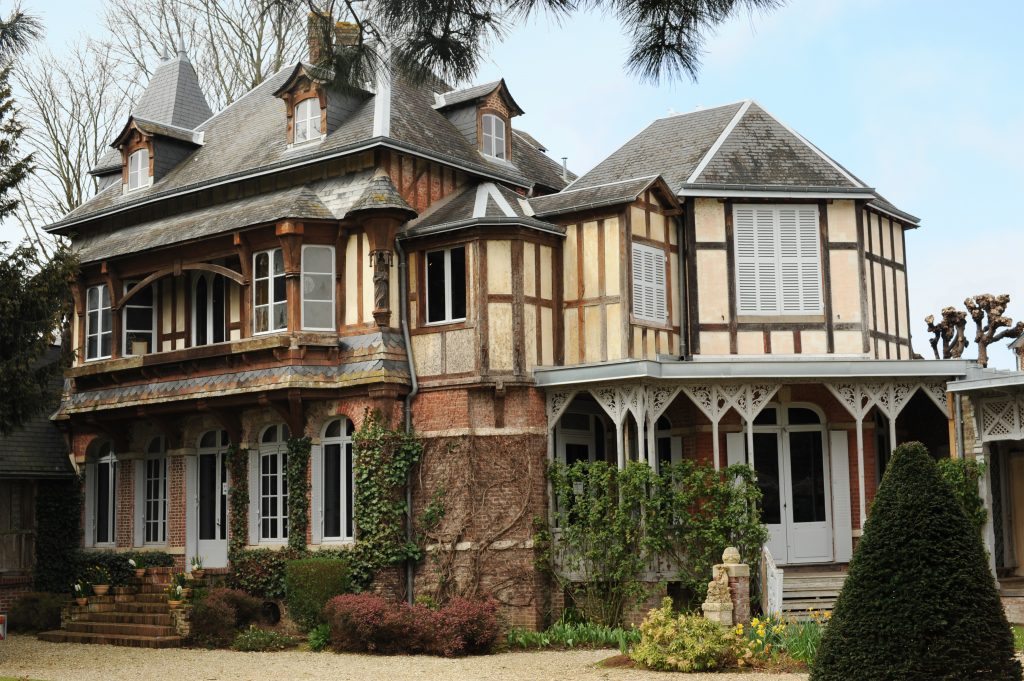 Since it rains often in Normandy, it is the perfect book to take with you for the week end to Honfleur or Etretat and to discover many unknown retreats… ( 29€ at Librarie-galerie Jardins en Art, 19 rue Racine)And starting on Thursday 18 th, the sculptor Robert Arnoux will show his new work in the gallery.