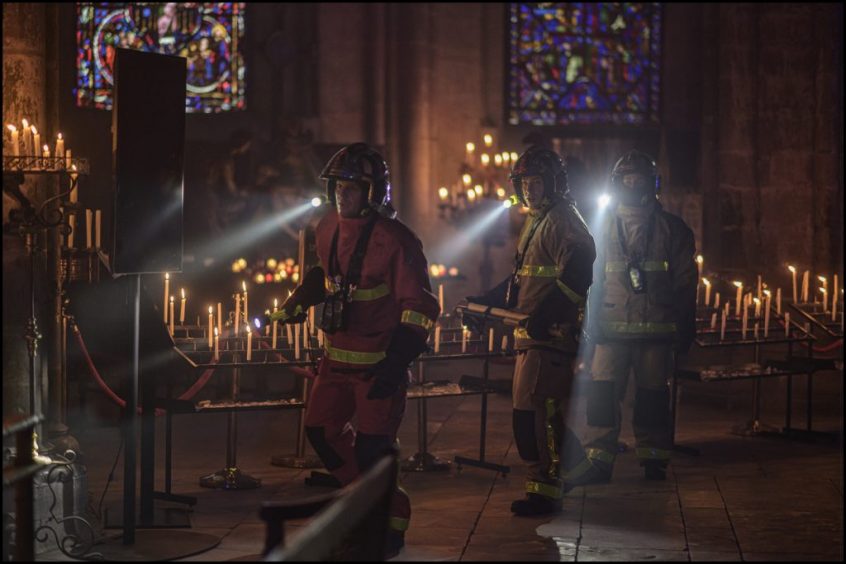 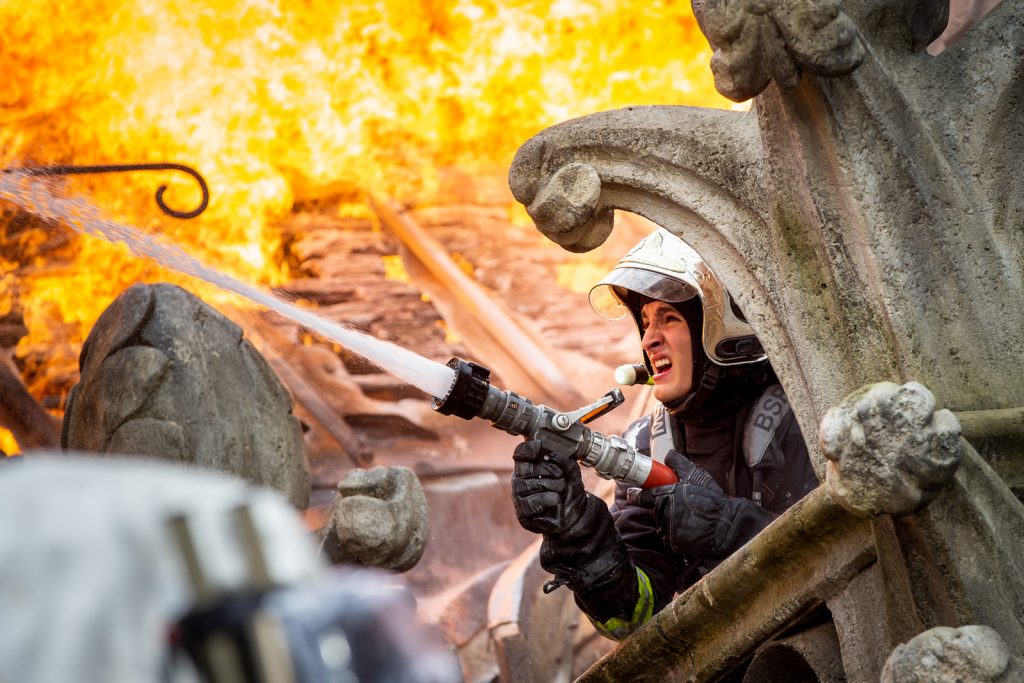 Thanks to this very special fireman, the fire was finally extinguished

I was so terrified by the film that it took me a brisk 30 mn walk to calm down. The music by Simon Franglen is poignant, the images very strong, and the filming in the Bourges, Sens and Amiens cathedrals perfectly credible. Produced by Jérôme Seydoux and written and directed by Jean Jacques Annaud, 78,  “Notre Dame on fire” is a very successful hour by hour description of what probably took place three years ago on April 15, 2019. The 1300 sacred objects were saved. No-one died. Amateur images of the real night were used to show the traffic jams and groups of prayer by the Seine. Based on the witnesses’ stories, the script cowritten with Thomas Bidegain, was imagined on the basis of 6 000 videos and photos provided by the public but also by the Elysée Palace. The story of Laurent Prades, the curator of Notre Dame, who was at a gala in Versailles when the drama erupted is very burlesque. 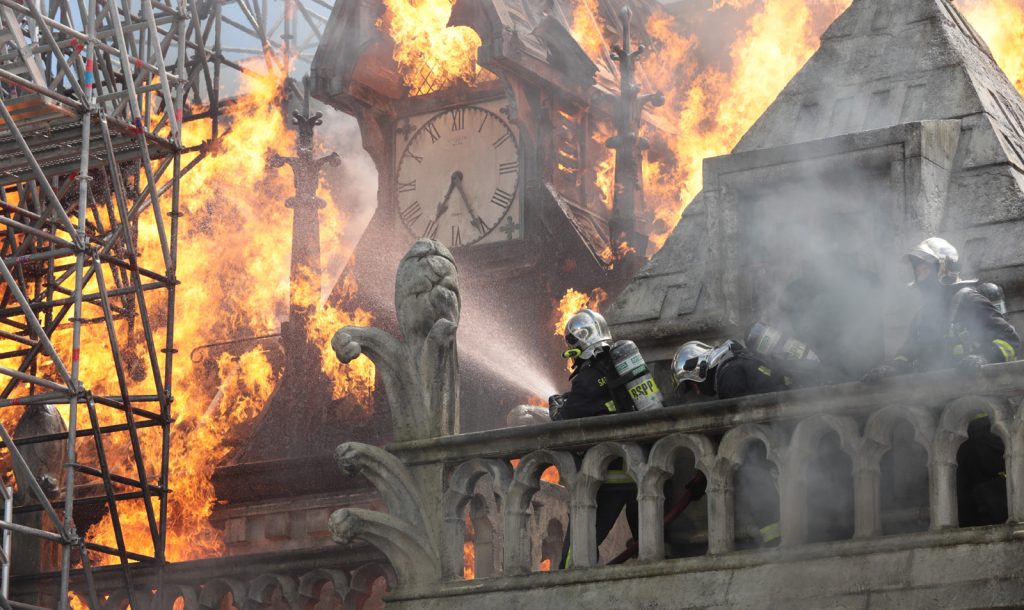 There are 700 keys in the sacristy and Laurent Prades was the only one who knew how to access the relic of the Crown of Thorns which is kept in a safe. After boarding the train from Versailles he tried to hire a Velib at Gare d’Orsay: the first one had a flat tire, the second one had a defective chain… and when he arrived at Notre Dame, the police would not let him through. The drama happened for different reasons which went wrong. A cigarette butt or an electrical mishap, a pigeon playing with the wires or a terrorist? No one knows at this point but what follows is well known. 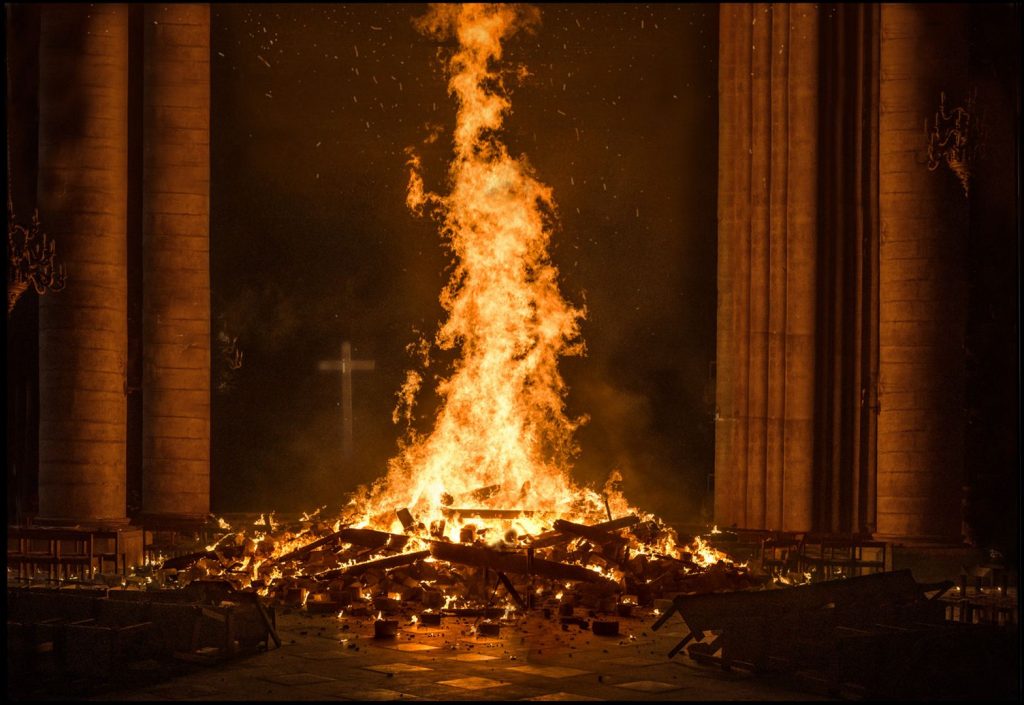 When the alarm went off during the 6 o’clock mass, the young man in charge of security was replacing a colleague who had not showed up. It was his fist day on the job. He had never been in a cathedral before. When he hears the bell he checks the wrong area. He then alerts a senior man in charge who goes up the stairs slowly because he has asthma and finds nothing in the attic. Wrong attic. Precious time is wasted.  The firemen were alerted by outside people who saw the smoke coming out of the church. Many thought it was a joke. It took them approximately an hour to arrive after the fire started at 6 pm as they were blocked in the rush hour traffic along the Seine and by the crowds of curious pedestrians who were packed on the bridges. 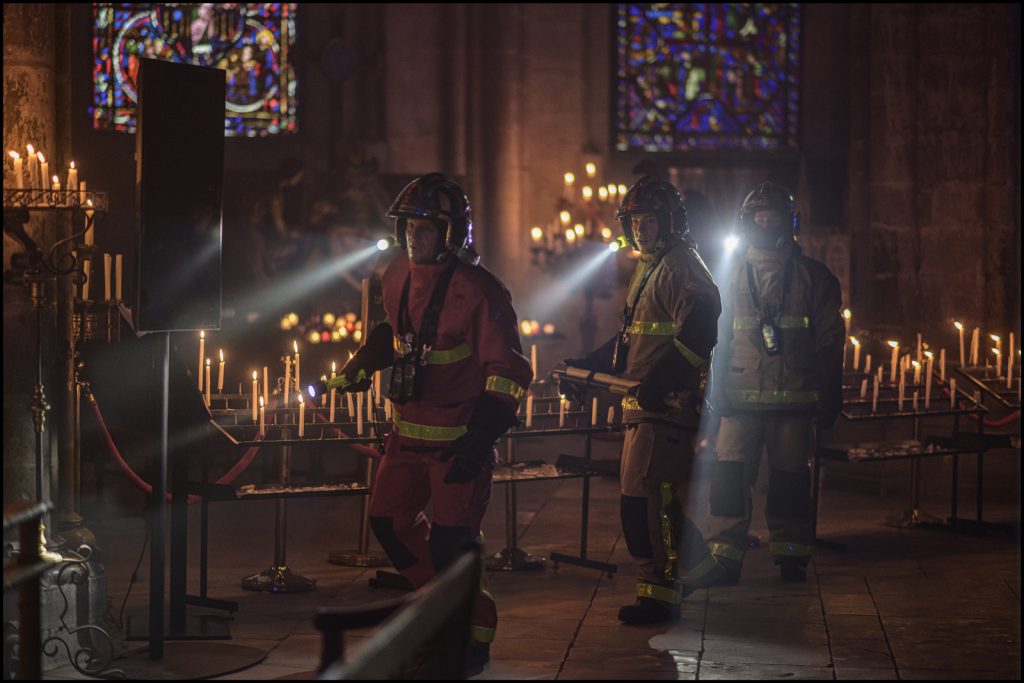 The higher firemen authorities start flocking in. The mayor of Paris is filmed in her own office wondering why smoke is coming out near Notre Dame. No-one really believes what is going on. By that time the situation is so bad that temperatures have reached 1270°. The firemen finally arrive with their heavy hoses and realize that the water pipes of Notre Dame are leaking. Two young firefighters see a fire for the first time and are excited. They risk their lives on stairways which are destroyed or filled with water. What I loved about the film is the description of the administrative complexities of such an event. The General in charge of firemen seems mostly concerned about President Macron’s visit and there are arguments about who is in charge of the operations that evening. Finally one bright and courageous (and handsome) fireman unblocks the situation and pulls his superiors upstairs to extinguish the fire in the right area, because he knows the cathedral well. 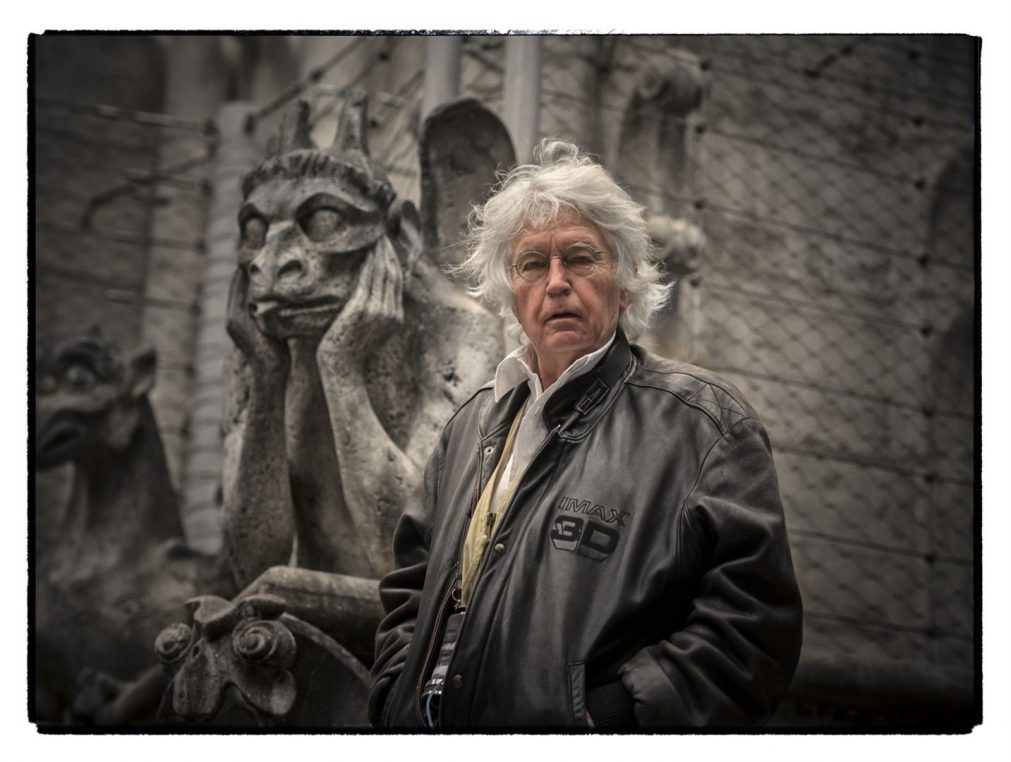 There are very sensitive psychological scenes like when the curator Laurent Prades finally gets to the safe where Christ’s Crown of Thorns is kept: he is in such a state of panic that he does not remember the code to open it. Or when a young architect keeps on coming to the firemen, criticizing the use of water on the “very fragile stones”.

This sort of film could have been mediocre and tedious, it is riveting, comical at times, well acted and so emotional that I recommend you go with a friend to hold his or her hand…I was quite terrified all along.

5 Comments on ““Notre Dame on fire”, by Jean Jacques Annaud, what a film!”