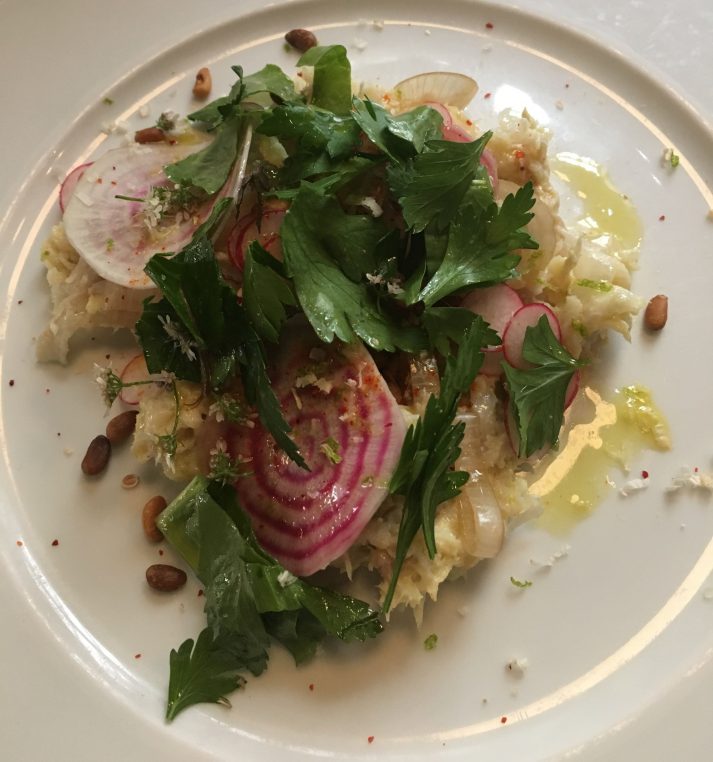 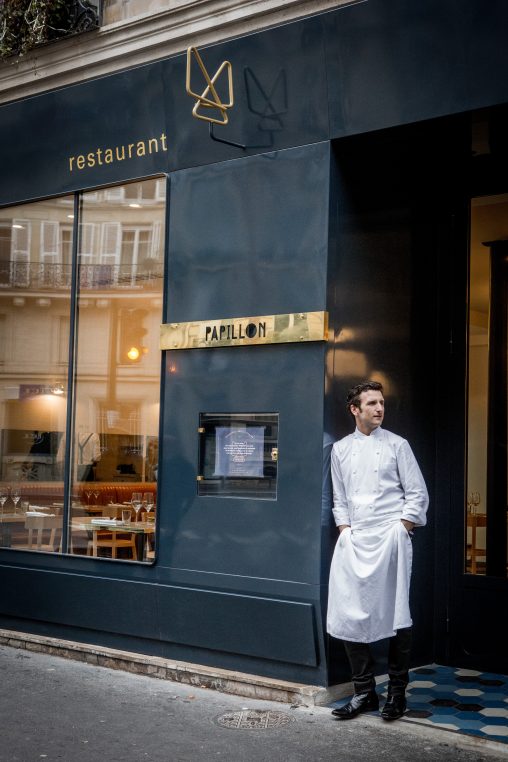 The chef Christophe Saintagne did everything right. He was born in Normandy and raised in Pont Audemer, the village of Gaston Lenôtre and Taillevent (Guillaume Tirel), the 14th century cook, served for his military service at the Elysée Palace in Jacques Chirac’s time, met Alain Ducasse and ran the restaurant Les Lyonnais at 24, worked with Jean François Piège at the Crillon, turned the Plaza Athénée restaurant into a three star Michelin, and finished at the Meurice before he decided to open his own little paradise “Papillon“, on rue Meissonier in the 17 th. 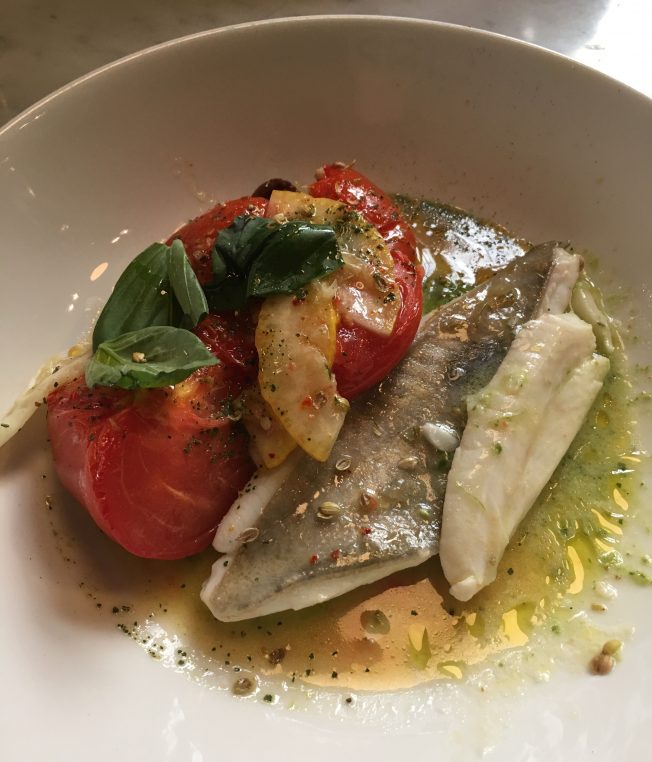 I went for lunch with Gisela Blanc, a great communicator in contemporary art, and was surprised to find, in this rather dull neighborhood,  a very trendy group of people. Our neighbors worked for “Elle à Table”  and were discussing “Le concours des Chefs”. They had probably come from their Levallois Lagardère offices, very close on the tube. There was a well known actor, Laurent Stocker, who is in a new political series on Arte television, “Jeux d’Influence”, having lunch by himself. Another friend in the real estate business was meeting some clients and was there for the first time. 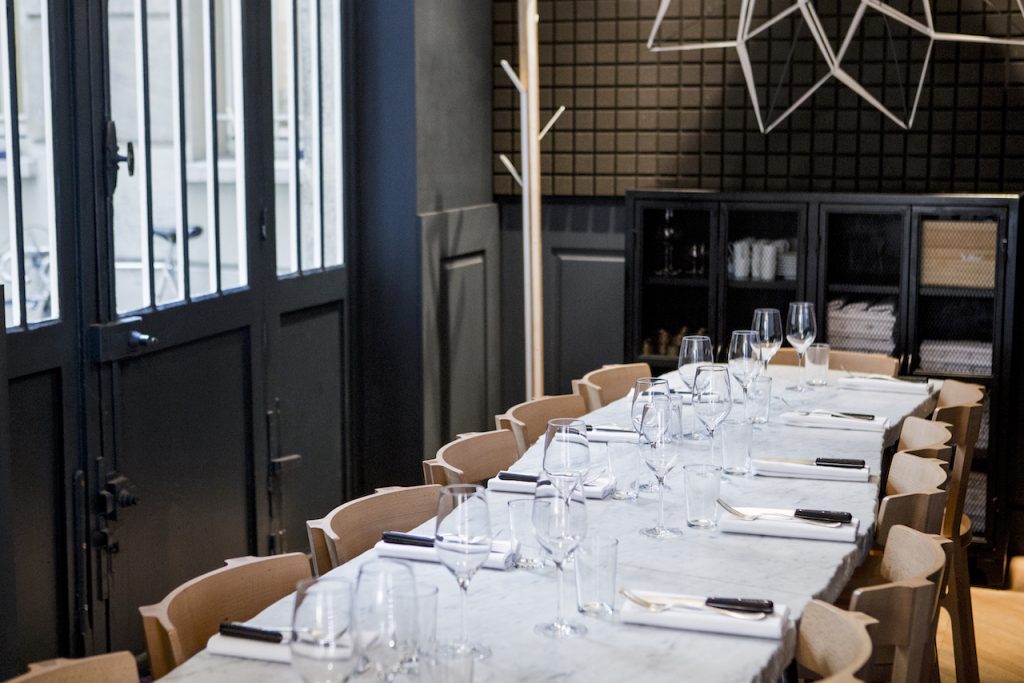 The long common table in Carrara marble, is very convivial in the back, photo Pierre Monetta

Everyone was in their mid-thirties to fifties and seemed to enjoy the freshness of the “Saint Pierre aux tomates de pays” which was absolutely delicious, and the skate with rhubarb and fancy radishes.
They were on the set menu of the day for lunch (at 36 € for three courses, 28€ without dessert) which also included an apricot tart. But the à la carte menu is also very interesting with duck ravioles, lamb, cochon de lait or roasted cauliflower. What I liked most is the numerous vegetables served with the dishes. 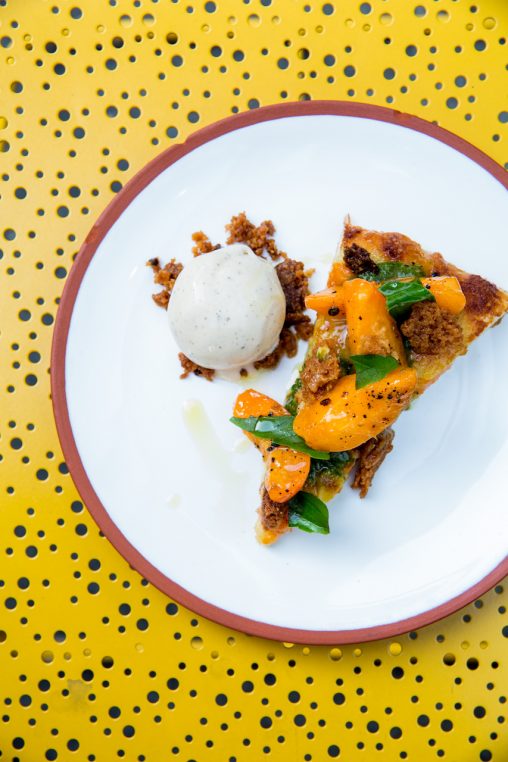 The decor is simple in the front room, with a very nice long Carrara marble table in the back and fun round suspensions in a gray and blue color scheme. And the service by a  young Spanish woman, Gislaine, was smiling and  perfect. The atmosphere is friendly, refined and unpretentious. Sorry I did not try the wines… 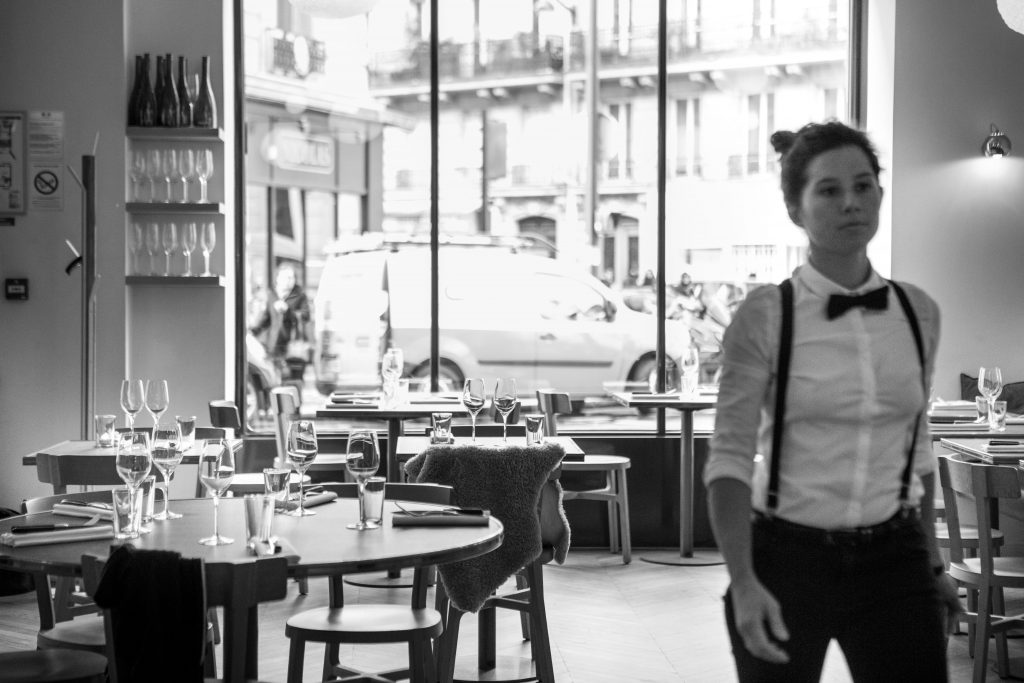 The young Spanish waitress Gislaine could not have been nicer, photo Pierre Monetta

There are also dinner menus à 75€ and 98€ with wines associated to the dishes.