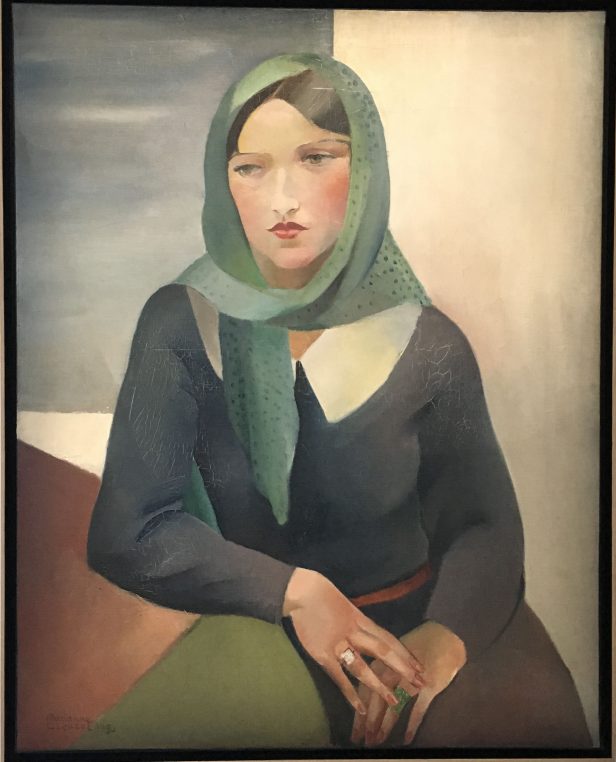 Centre Pompidou owns the largest collection (1 900 negatives) of photographs by French artist Dora Maar (1907-1997) and this very comprehensive retrospective of 400 works is interesting historically, but I have to admit that the best part of the show for me, was the series of portraits that Picasso and she devoted to each other. From fashion photographer in the 1930’s, to political activist and surrealist artist, Henriette Théodora Markovitch, had an extraordinary life portrayed here through her art. 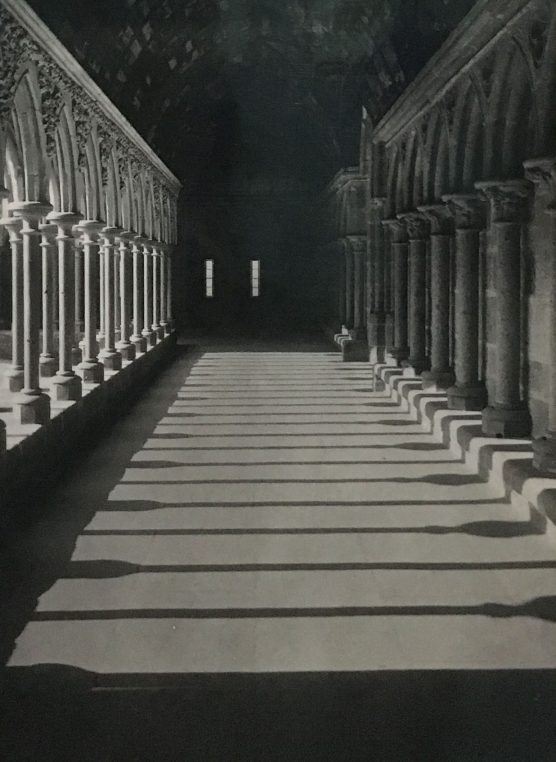 The show starts with the young photographer’s achievements at Ecole des art Appliqués pour femmes (the famous Comité des Dames of Musée des Arts Décoratifs) and Académie Julian where André Lhote teaches her painting. The daughter of a Croatian architect who had worked in Argentina and a French mother, she studied at Lycée Molière in Paris. Her first steps as professional photographer are with partner Pierre Kéfer in 1931. There, they created advertising campaigns for magazines and fashion photography. 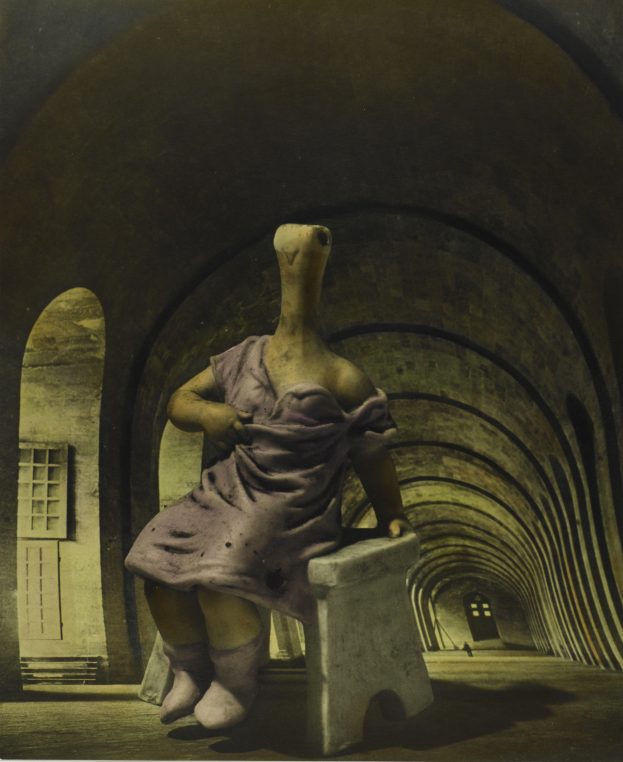 In 1934, she shot a series of street photos in London, Barcelona, and Paris showing the misery of beggars. They are among the strongest pictures of the show and a perfect contrast to her later pictures in 1936, for curling iron manufacturer Dolfar, which are great fun. She photographs Helena Rubinstein’s triplex apartment on 24 quai de Béthune in 1937, and does a series of portraits of famous designers and artists such as Leonor Fini holding her cat in a suggestive way. She was obviously very well introduced in artistic an political circles.

After opening her own studio at 29 rue d’Astorg in 1935, Dora Maar got closer to the surrealist group and joined their political antifascist movement. This is also when she met Pablo Picasso and started shooting portraits of him. There are multiple examples of them in the show as well as the photos she took of Guernica while it was being painted in 1937. They spent the war in Paris and she began to paint dark works. Jeanne Bucher exhibits her still lives in 1944. 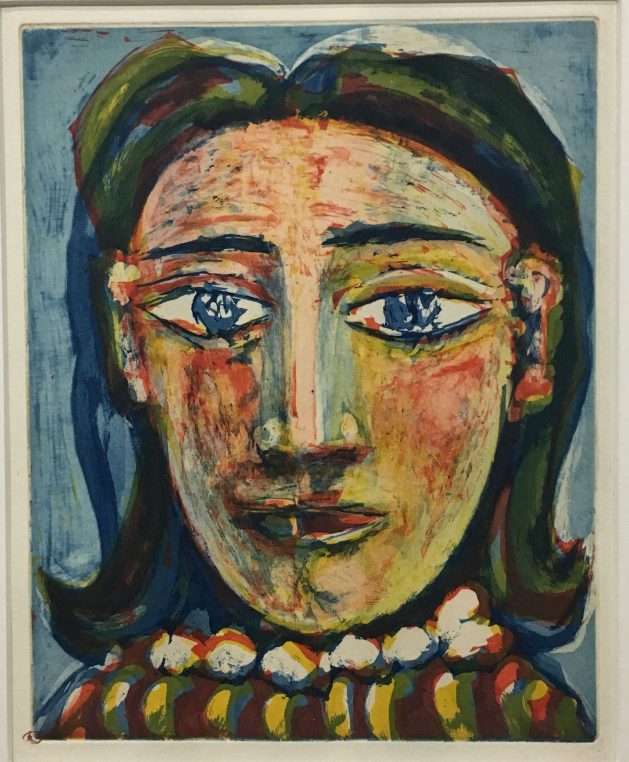 A whole section of the exhibition is devoted to her surrealist collages and a very fine drawing of Hector de Ayala, the Cuban ambassador, in 1950, shows her talent as an artist. Later in the 1970’s, she devotes herself to abstract painting when living in Ménerbes,  and as such is less convincing.

When, after meeting Françoise Gilot, Picasso split in 1946, she moved to Ménerbes, in the Lubéron,  where she acquired a house which is now a museum.

The exhibition runs until July 29 at Centre Pompidou. And if you want to hear a teaser of any show at Beaubourg, go on www.centrepompidou.fr/podcasts and you will get a visit of the exhibition. It also works once you are in the exhibition with the internal wifi of the museum.