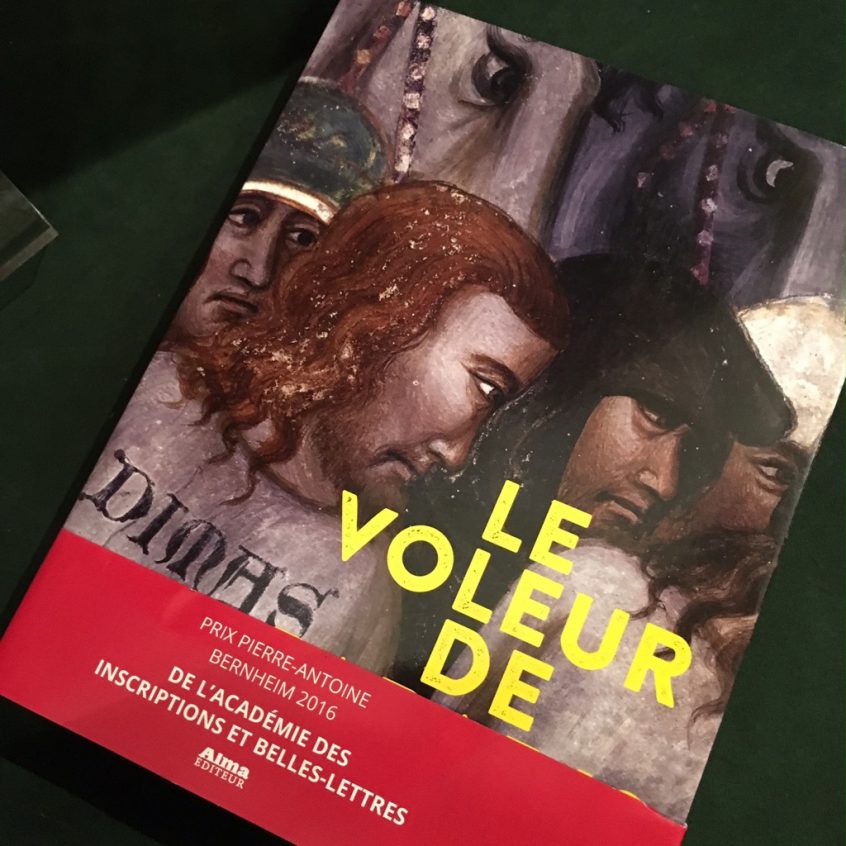 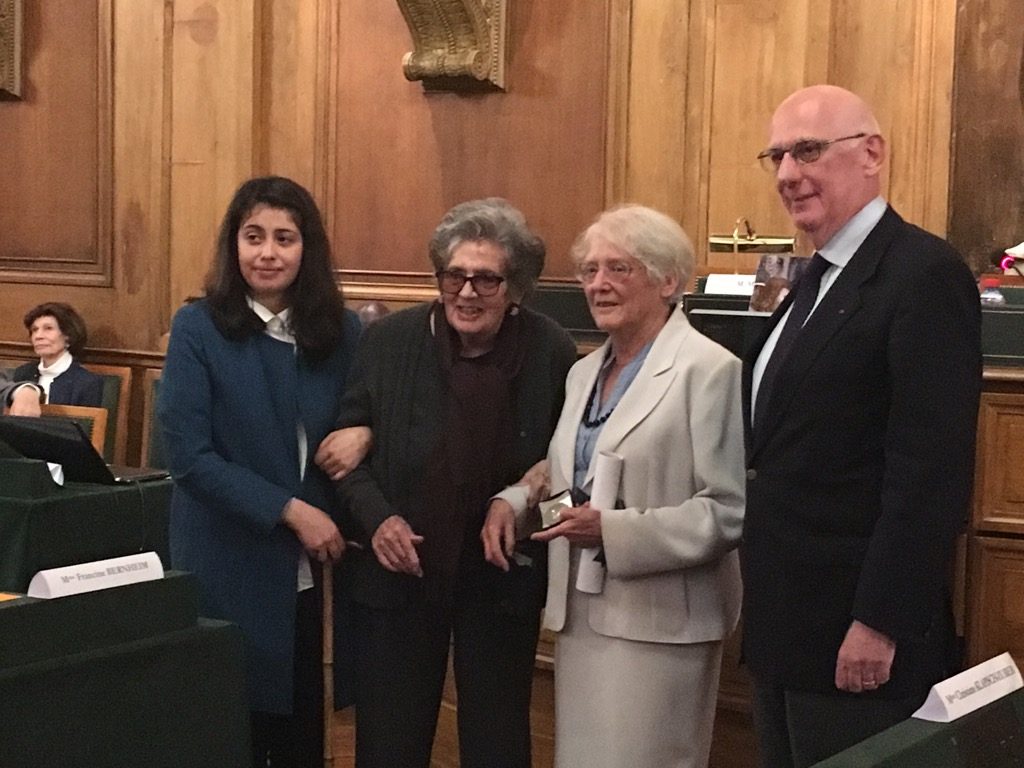 Cynthia Bernheim, his daughter, Francine Bernheim his mother and Michel Zinc with the laureate Christiane Klapisch-Zuber

Pierre-Antoine Bernheim wrote many books including « Paradis Paradis » paradise as described in different religions with Guy Stavridès and  “James, Brother of Christ ». He was interested in the history of religions and after he died prematurely in 2011, his mother Francine created the literary Prize for History of religions, he had planned to give to Académie des Inscriptions et Belles lettres, a department of the French Academy. 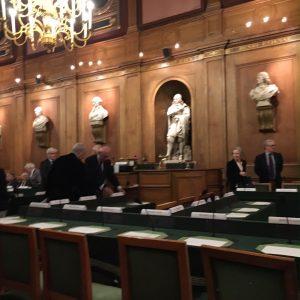 Every year, the book which wins, is a wonderful surprise and this year again, among twenty submissions, it is a work published by Jean Maurice de Montremy at Alma Editions that won the very generous prize.

Mostly based on iconography of Tuscan painters and some written sources, it tells the story of the good thief who hangs on the cross next to Christ. In the Middle ages the good thief became almost a saint, says Michel Zinc,  Secrétaire perpétuel of the Academy and a brilliant medieval history specialist himself, when he praises the admirable book.

It is all about the interpretation of the calvary which varies from German countries to Italy. Suffering has a redemptive value and the historian, Christiane Klapisch-Zuber who studied with Fernand Braudel and taught at Ecole Pratique des Hautes Etudes, trained as a social historian, analyzing demography like her colleagues François Furet and Emmanuel Leroy-Laudurie.

She published a book on Carrare marble workers and Florence’s art world. This is how she found out that the Good Thief had become a respectable figure in Tuscany in the 13 th and 14 th centuries, giving a new life to all the protagonists of Christ’s crucifixion. It is the drama of the Calvary that she studies here.

Francine, Martine and Cynthia Bernheim were happy to see all the academicians assembled for Pierre Antoine’s prize and his friends were proud to have known him. He was a charming and modest intellect who believed in the power of thinking. Michel Zinc gave the most brilliant speech praising the book and making social history a moment of fun! 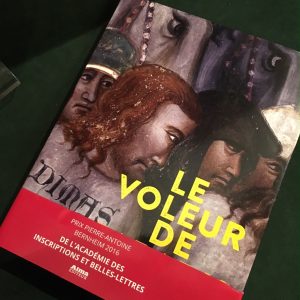 The winning book published by Alma

Confined in a room with wood panelings and no windows, we were far from the madhouse that Paris is at the moment. And grateful for it.