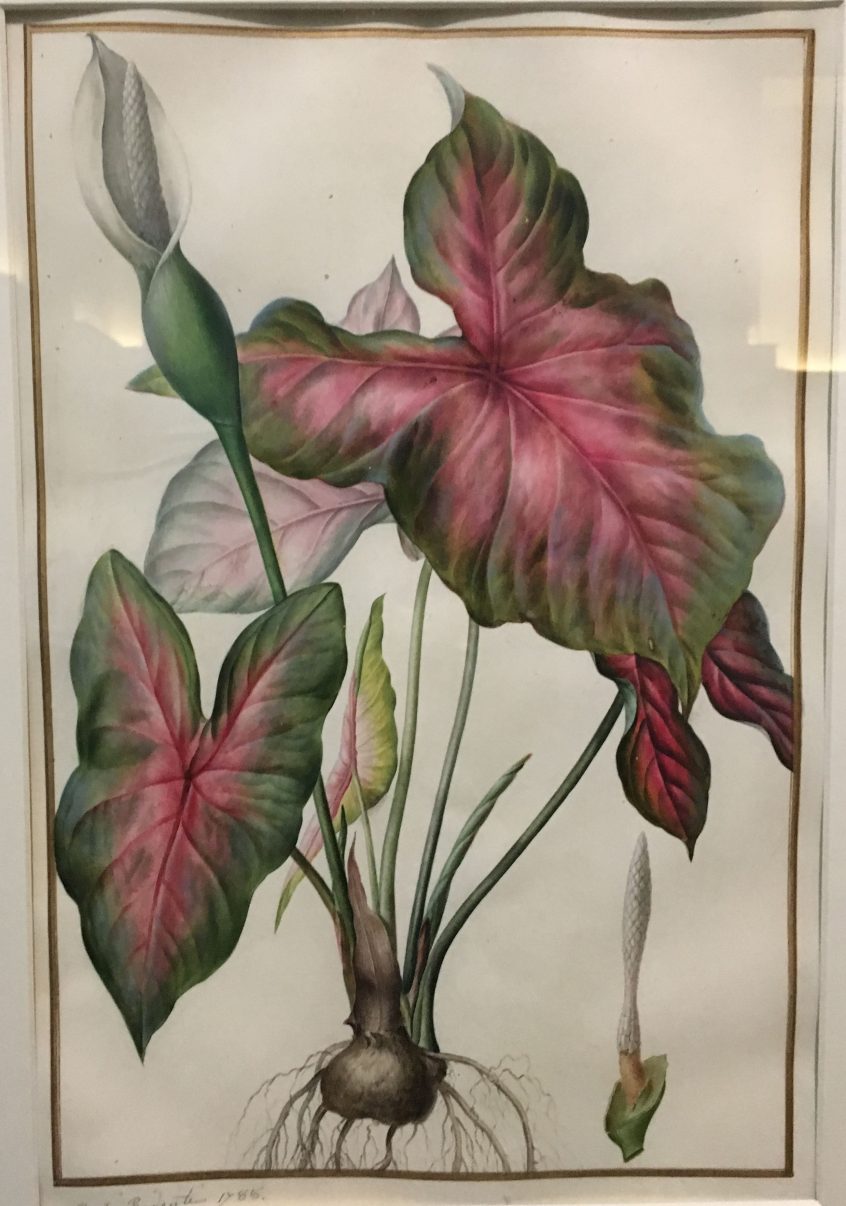 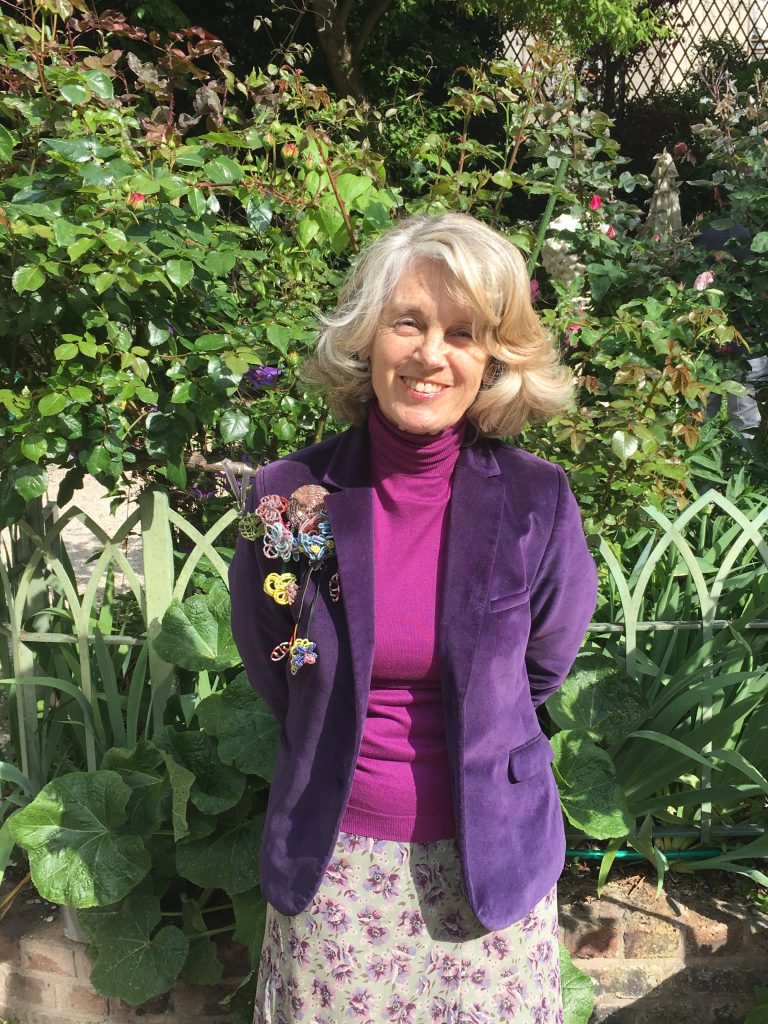 Nicknamed the « Raphaël of flowers », Pierre-Joseph Redouté spent almost 60 years collecting and identifying flowers that he then meticulously painted. His artistic talent rivals his scientific rigor as we can see at Musée de la Vie Romantique, in the first ever exhibition devoted to his art in France. There are 250 items celebrating flowers and the garden of the museum, conceived by Catherine de Bourgoing is a perfect extension of the galleries. 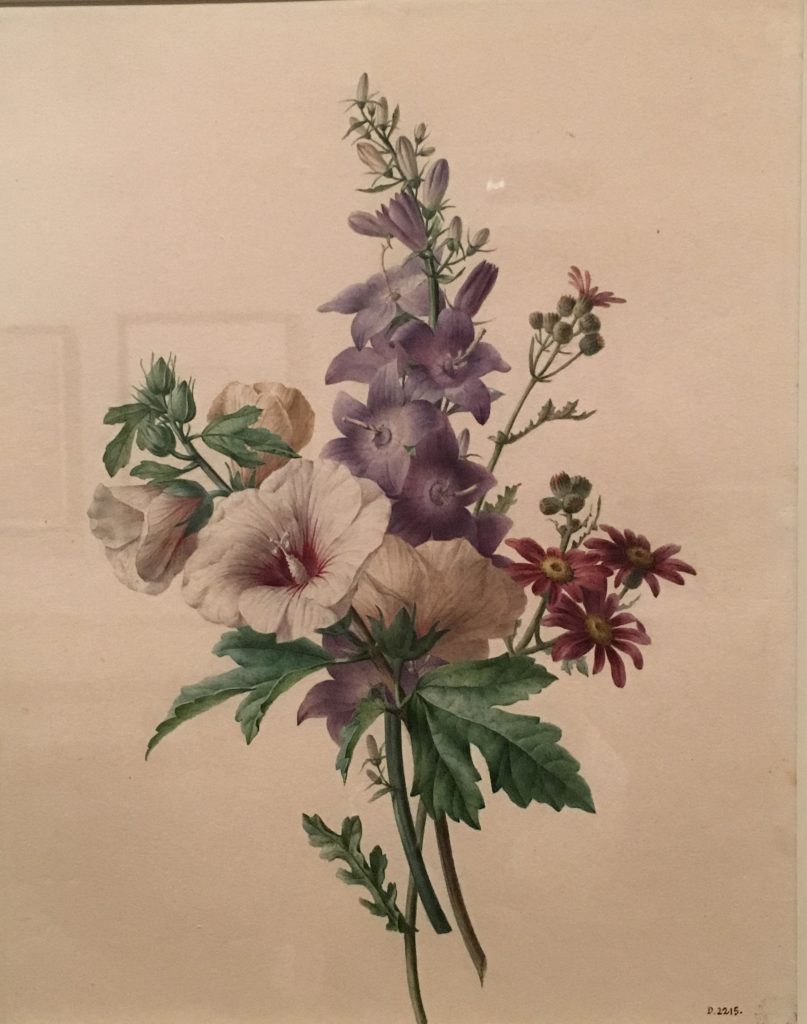 This « Audubon » of flowers lived through the French Revolution and the Empire, when Empress Joséphine, a keen gardner at Malmaison, protected him and commissioned many works from him. Thus an incredible diversity in themes and styles. His wartercolors on vellum which belong to the Museum d’histoire naturelle are the real treasures of the show. The curator, Catherine de Bourgoing, a French British  botanist who wrote about Le Nôtre and “Romantic French gardens”, selected an unusual group of paintings and etchings by some of his followers to complement his work. 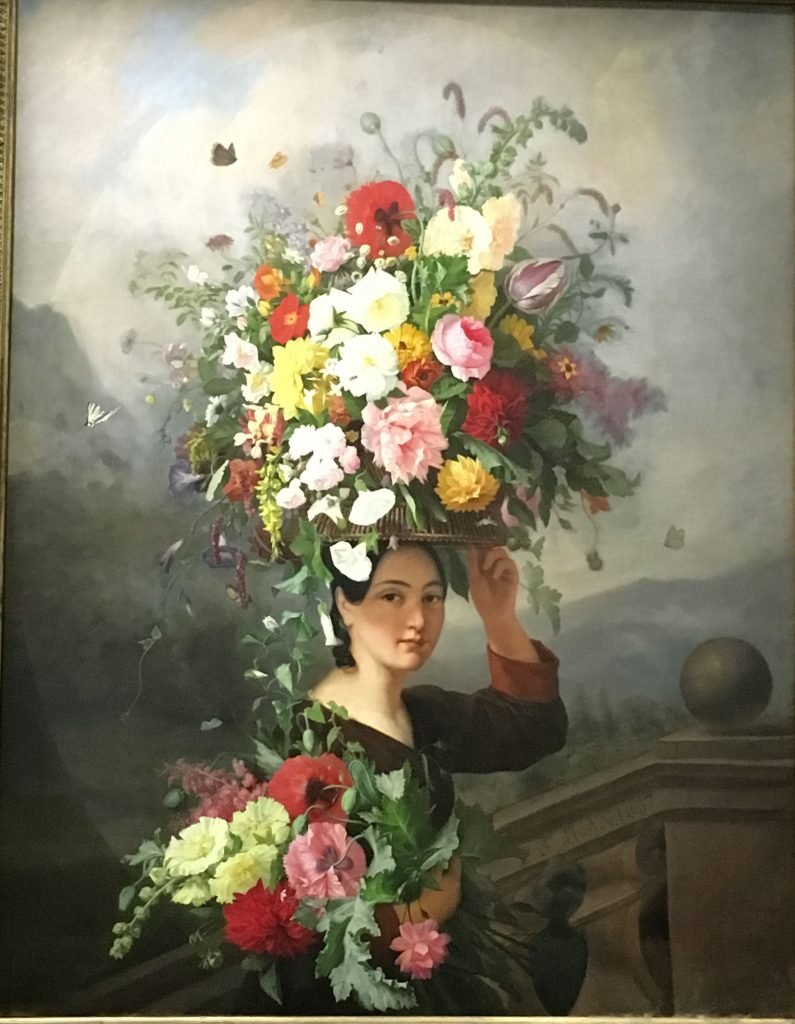 Simon Saint Jean, “La Jardinière” 1837, is an heir to Redouté and will soon become Internationally known

Taking Redouté as an inspiration for the exhibition, she found many examples of his influence on the 19 th century art world. Embroidered shoes, wall paper, fabrics, china from Sèvres and large paintings of flowers give to the exhibition a natural dynamic. Redouté’s etchings and watercolors are mostly shown in Ary Scheffer’s former studio which faces George Sand’s little museum where contemporary artists from Ateliers d’art de France are exhibited. The charm of the Museum is unequalled in Paris and if you go on a sunny day, you can have lunch outside in the garden.

After 1827, with Elise Bruyère, who received a  first medal at the Salon, and her sister Henriette, two thirds of the painters of flowers were women. Redouté is seconded by young ladies, books come out on the art of gardens, the botanical craze is launched.  (Until October 1, 16 rue Chaptal) 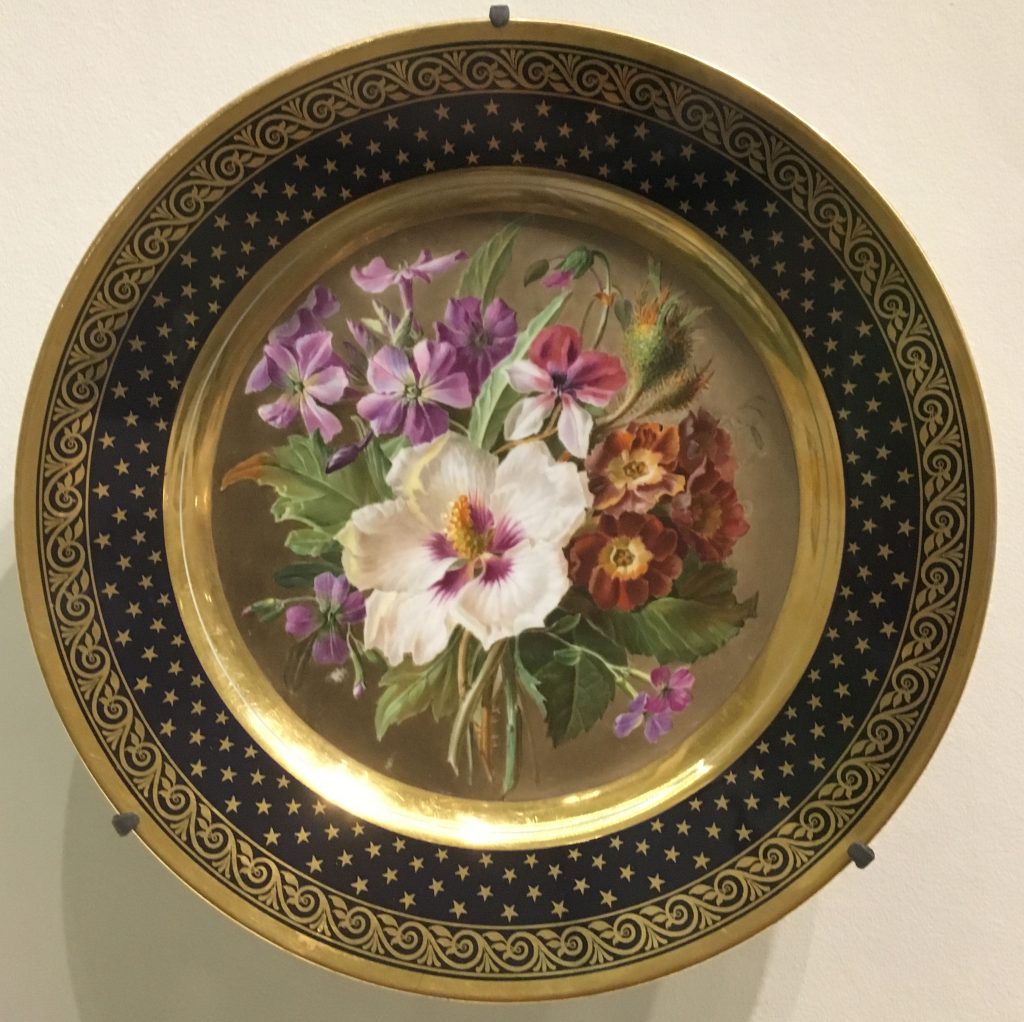 And you will have a chance to meet Catherine de Bourgoing in Chantilly for the “Journées des Plantes”, May 19 to 21, where she is one of the botanists on the jurys. Don’t miss this precious plant show…

5 Comments on “Pierre-Joseph Redouté, a master of flowers”