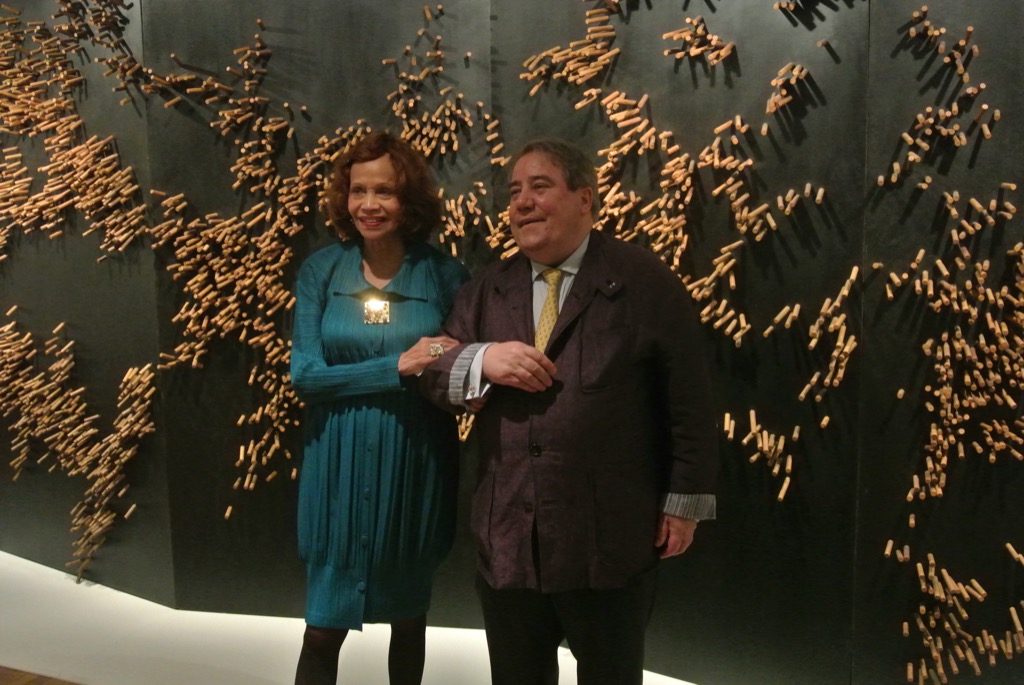 Kinetic sculptor Pol Bury died ten years ago but his wife, the New York sociologist Velma Bury, and his long time friend and museum curator Daniel Marchesseau, are well alive. And they were asked to organize  a restrospective of this major Belgian artist’s work at Espace Fondation EDF, next door to Le Soufflé Récamier. Thanks to Hubert Le Gall’s scenography, it is a breath of fresh air, a moment of joy, a dance of sculptures, all animated by « La fée électricité »  as Dufy called it… 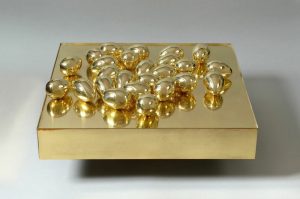 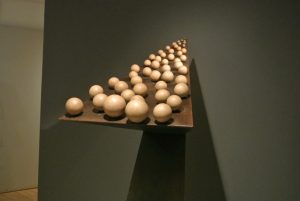 They met in 1966 and never parted : Velma was present at the opening of her husband’s show and confirmed that he had been friends with Takis, another kinetic artist, as well as Arman, Yves Klein, Tinguely. Discovered by galerist Iris Clert in 1962, Pol Bury is one of these discrete sculptors who was totally « hip »  and exhibited by Aimé Maeght in Paris and Saint Paul de Vence. 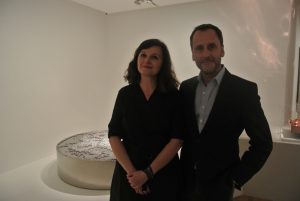 Hubert le Gall, one of the most creative designers of the moment (he recently designed glasses for Ruinart champagne and has an exhibition at Musée Borély in Marseille until Sept. 6th), had always been inspired by him and was thrilled when Marchesseau asked him to collaborate on this show : « It’s about time we rediscover him, the 70’s are back » he said with excitement in the voice.

There is something whimsical about these magnetic aluminum marbles that move with a clic. For electricity is everywhere in this show of « moving » pieces of wood, stainless steel and paper. 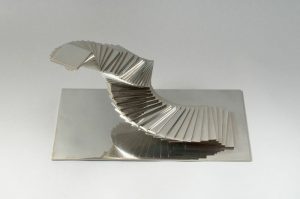 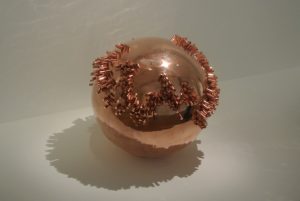 You have to take your time and go up and down the stairs of this little house hidden in the seventh arrondissement; it is a show to see with children, an open mind and a smile. Pol Bury’s jewels typical of the 80’s are also on display and Velma was proudly wearing them.

Daniel Marchesseau has accustomed us to beautiful exhibitions at Musée de la Vie Romantique for two decades. Now that he has « retired », he is busier than ever, and he was just back from a mysterious trip to Taiwan… I wonder what new show he is cooking ?