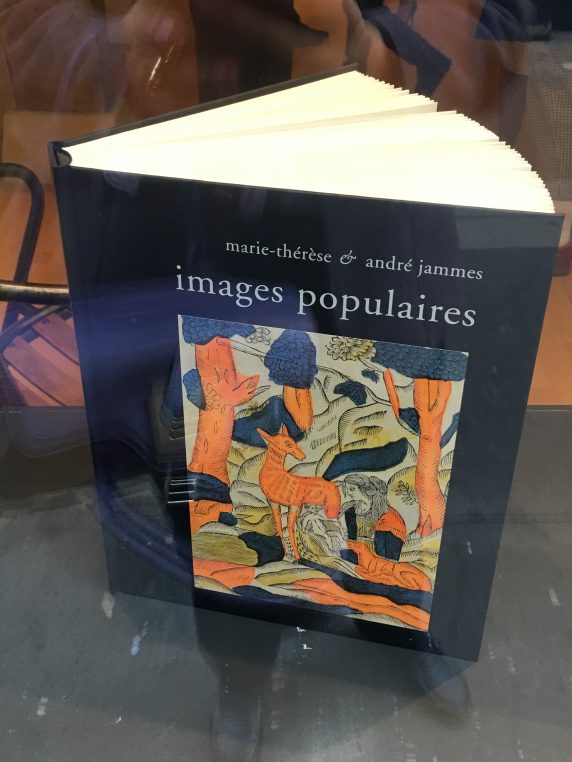 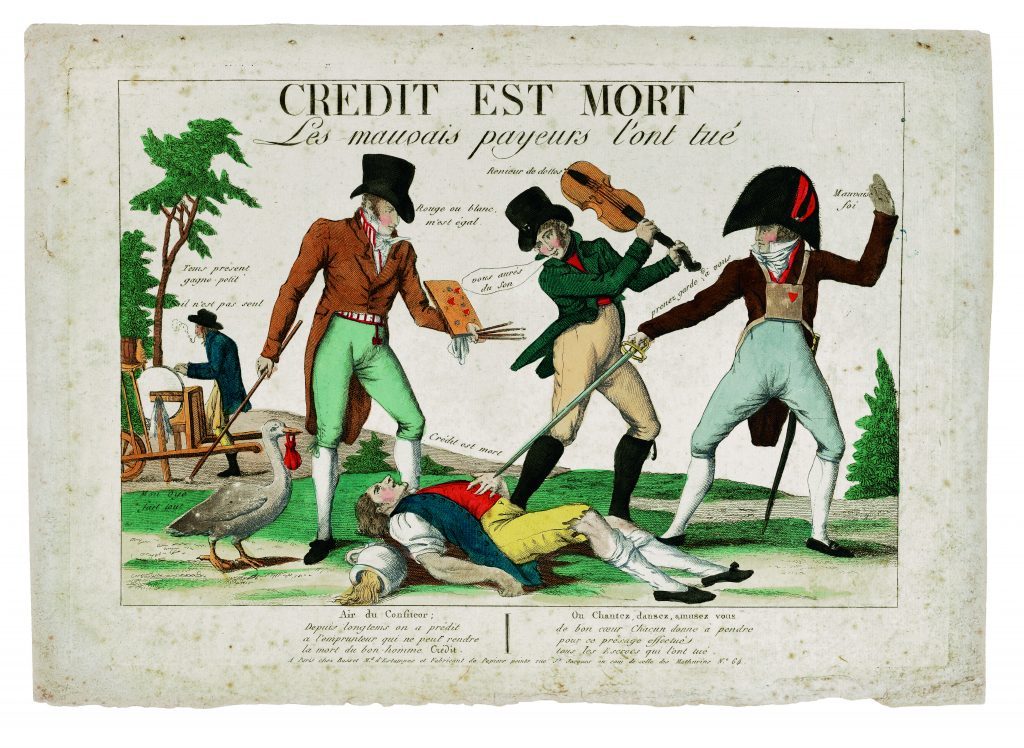 It is a lovely little show that artist Erik Desmazières and Mireille Romand has organized at gallery Documents 15 to present a book of André and Marie Thérèse Jammes’ collection of popular papers. You might remember the fantastic sale of Jammes’ photographs in 2008 at Sotheby’s which has been since called “The sale of the century”. This erudite book seller, who still owns his father Paul Jammes’ antiquarian shop on rue Gozlin, has spent his life collecting “paper” in a very original way. 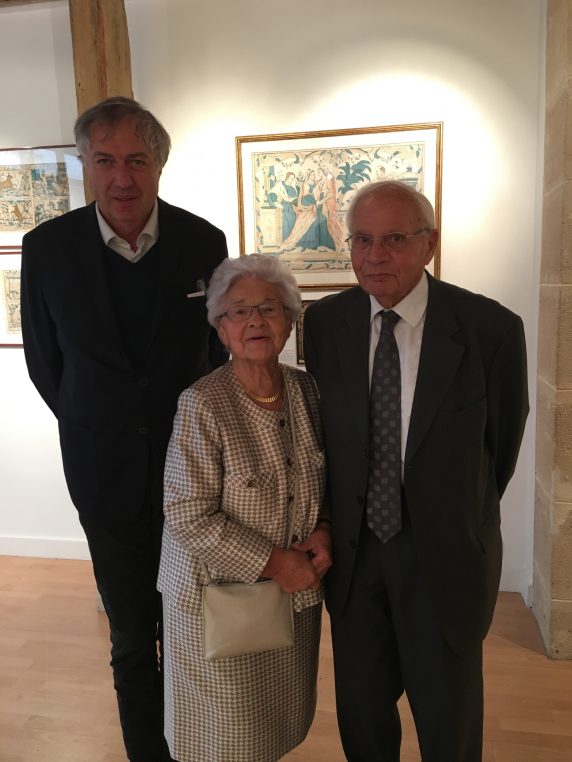 Paper is his passion and in this exhibition, we see many « Mondes à rebours », the world upside down, where horses ride men and women use guns while their husbands feed babies…Not bad for  18 th century popular literature! 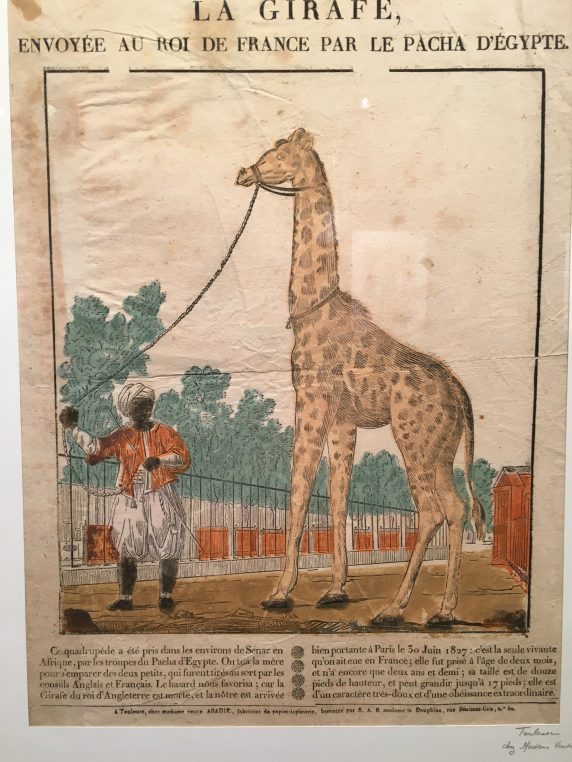 The girafe sent by the Pacha of Egypt to the King of France Charles X, 1827 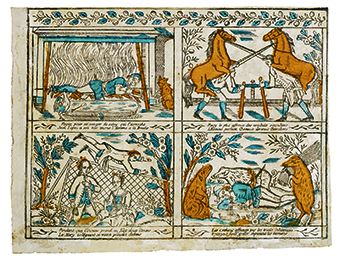 They were published throughout the 18 th century as well as “Death of Credit”, a caricature of bad payors. People used to glue those images on their walls, they were printed by the thousands and sold by colporteurs, travelling peddlers, and were not precious: this is why they are so rare for they have mostly disappeared.

Special events like the arrival of the girafe given by the Pacha of Egypt in 1826, were also related in these papers. 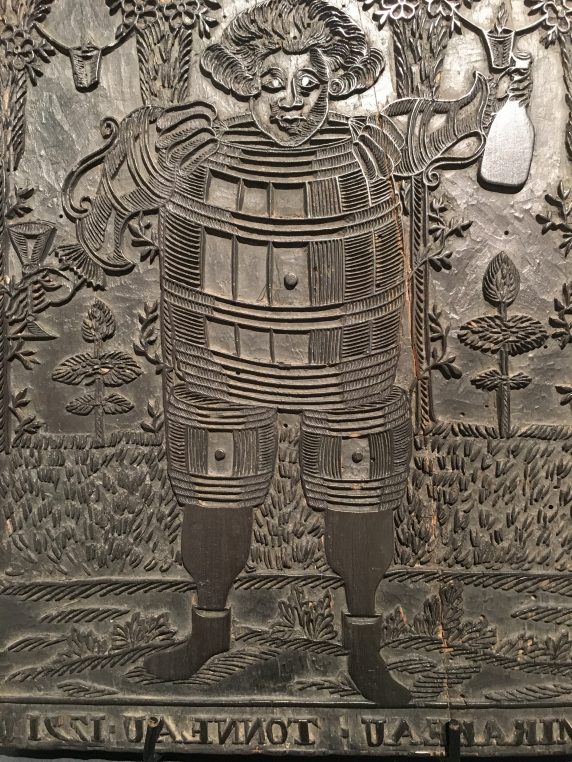 Jammes is also showing a few wooden plates used for engraving and has patiently collected these leaves found in auctions or in provincial attics. His collection is particularly valuable because few of the prints have survived and he chose to make it memorable in this book  (Print of 850)  published by Editions des Cendres, a house specialized in artistic and rare books. 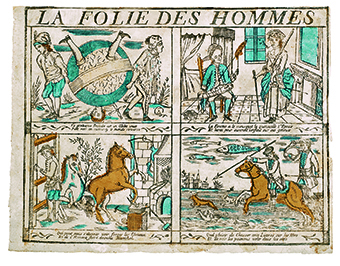 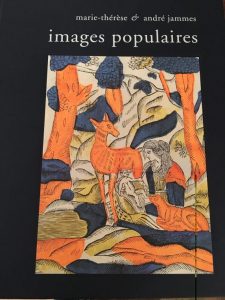 You can acquire the book at Galerie Documents 15 (for 145€) and see some of the illustrations on the wall. It is an intriguing world that one enters in this charming gallery, behind Saint Germain des Près which used to be Arsène Bonafous-Murat’s and Yvon Lambert’s in 1977…