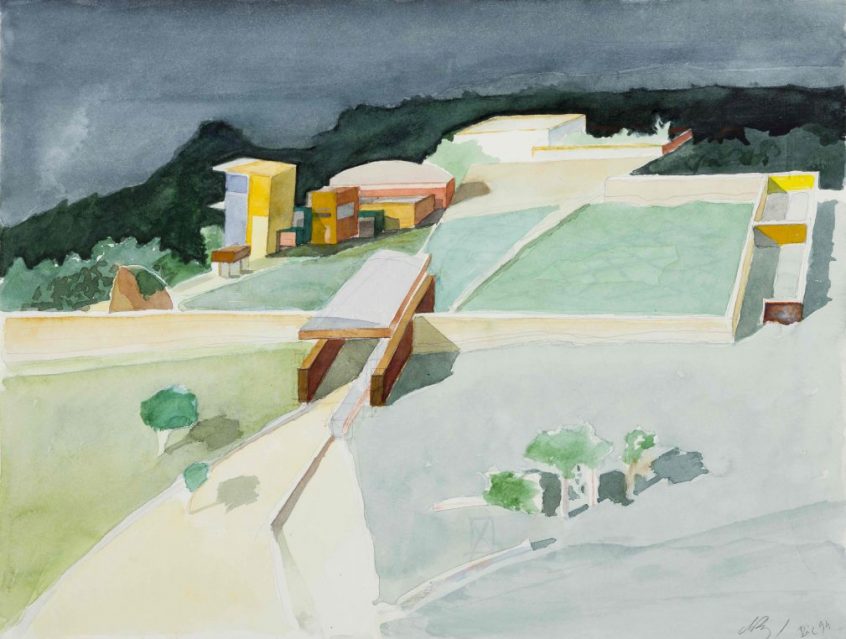 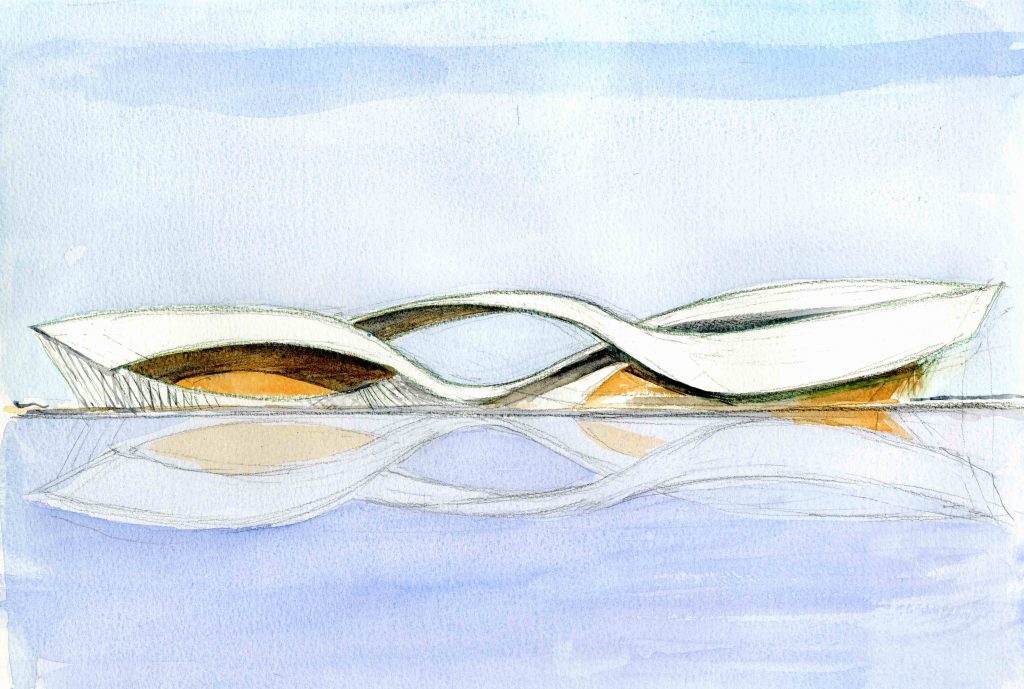 The occasion was the award ceremony for Christian de Portzamparc‘s lifetime achievement, the Grand Prix d’architecture de l’Académie des Beaux Arts, and to celebrate the immense talent of the first French Pritzker Prize winner. An exhibition of his watercolors and models is open at Pavillon Comtesse de Caen until January 25. We knew what a fabulous architect he was, we discover that he is also a true artist with his watercolors and drawings. After leading a group of friends and journalists through the exhibition he dialogued with Francis Rambert under the Cupola, and emphasized the importance of light and open space in all his urban developments. Rio de Janeiro, Suzhou, Shanghai, Paris, Luxembourg, New York, Lille… His concert halls and cultural centers are everywhere. 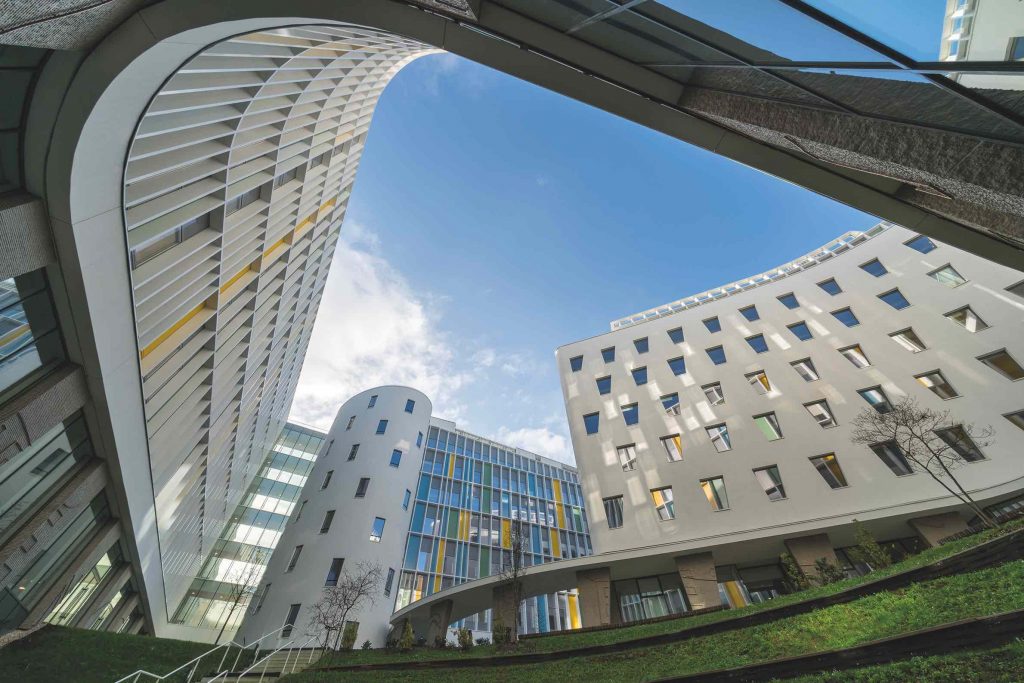 The exhibition starts with his early projects, La Cité de la musique in Porte de Pantin where his wife Elisabeth had designed the beautiful Café, the green project of la Roquette in Paris, where grass meets trees and vegetation on the walls, already in 1974! and the Green tower in Marne La Vallée in 1971. And more recent projects like la Sorbonne Nouvelle in the 12 th arrondissement, completed in 2022, the gardens of la Lironde in Montpellier 2012, and the latest project a cultural center in Suzhou, China, inaugurated this week for its final phase. 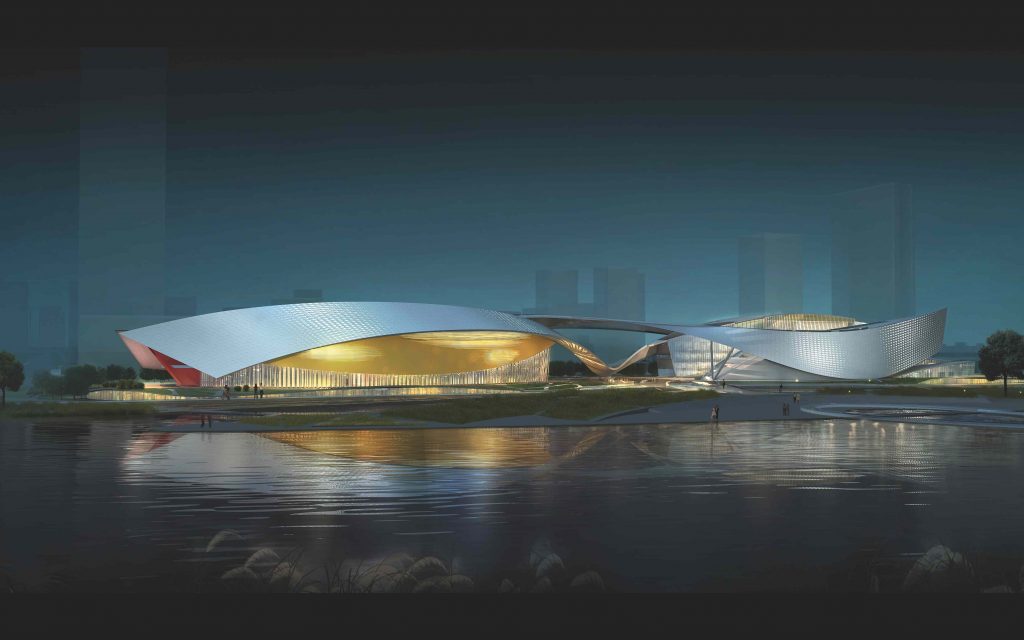 Portzamparc talked extensively about his open “ilots” devised to create space between buildings even in low income housings. Rather than setting a building in the center of a piece of land, he designs it all around and puts the garden space in the center, thus fighting clostrophobia and letting the light in all the buildings. He emphasizes the importance of “le vide” the empty space, even in his towers like the Puteaux twin towers. When he talked about the Philarmonia in Luxembourg which is located in an uneasy business district, he described the columns all around the building, as being protective “trees” which he could not plant because the soil was occupied by underground parking lots. The result is a very pretty peristyle around the three concert halls. In Suzhou, he created a bridge over a large avenue as to give the building an aerial feel. 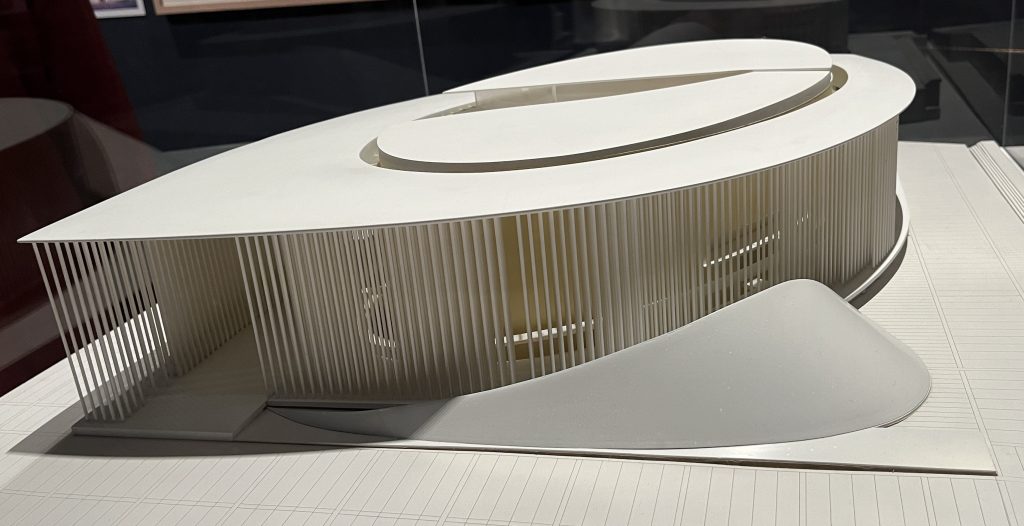 He has worked intensively for LVMH, building a Dior flagship store in Seoul, the Cheval blanc chais in St Emilion, and Louis Vuitton store in New York on 57 th street.

The Académie des Beaux Arts was announcing at the same time, the 2023 presidence by music composer Michaël Levinas and the vice presidency by Adrien Goetz. As well as a new member Emmanuel Guibert in the print and drawing section. A Prize for architecture is being launched for new generations and it will crown 4 projects rather than a person. 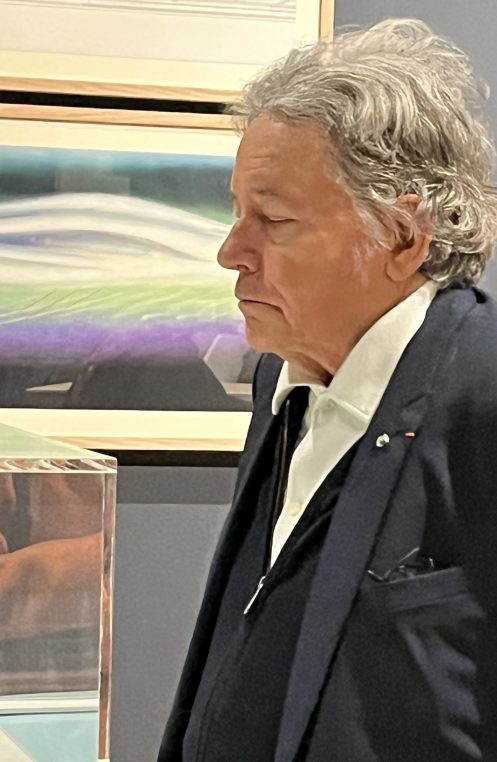 His modesty and vision illustrated in the speech by Dominique Perrault was quite amazing and the evening finished at café la Palette where he invited all his collaborators and two close Italian friends. He always referred to his wife Elisabeth as an inspiration and a great collaborator.

Try to see the free exhibition at Pavillon Comtesse de Caen before January 25.