Printer Didier Mutel with one of his old presses in Jura, photo Sophie Zenon

The Bettencourt Schueller foundation gives many prizes every year but the one I prefer to attend, is the Prix de l’Intelligence de la Main, literally, the Prize for  intelligence of the hand. It  is devoted to craftsmanship and to lost techniques. From specific jewelers to wood carvers and glass blowers, every winner is the most excellent in his art.

After showing us what became of the 2014 laureates after two years (and 150 000€)  of sponsorship (accompagnement) by the foundation, Françoise Bettencourt Meyers awarded this year’s prizes to three artists. The first one with dashing blue eyes is a printer, Didier Mutel, who works from Orchamps in Jura where he prints artist books with old machinery. The book for which he received a prize is a 160 page printing of the Declaration of Mens rights, the 1948 UN version (more modern because it includes women) on silk paper and carbon paper. The carbon leaves blue prints on the silk paper. It is a light book, as fragile as the declaration itself,  as Jennifer Flay, a member of the jury and president of FIAC, described it, perfection itself. The book which there will be five editions,,  will be exhibited at Petit Palais during FIAC next week and is part of  the« On site » exhibition across the street from the Grand Palais 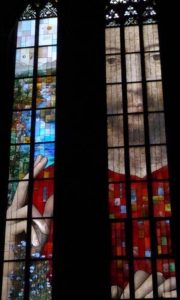 The second laureates were a couple, Véronique Ellena and Pierre Alain Parot. She is an artist and he is a stained glass manufacturer in Burgundy. They developed together, with the help of Saint Gobain, a technic to print photographs on glass. Their work ended up in Strasburg cathedral and it is a hymn to life.

The third laureate is  an association of lace manufacturers: Calais-Caudry. They are eleven companies, employing 1 300 specialists, who often were trained by their parents and grand parents in this region of North of France near Calais, where lace is a tradition since the Middle ages. Olivier Noyon was an eloquent speaker in the film presenting their work. 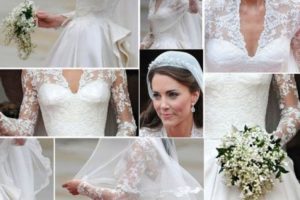 Kate Middleton’s wedding dress was made with Calais Caudry lace

A “tullier” who follows 20 000 threads on his machine and a lady checking the lace after it is made, were moved to be honored in front of the large assembly of experts and couturier Christian Lacroix, who has used lace so much in  his couture dresses and seemed very pleased. 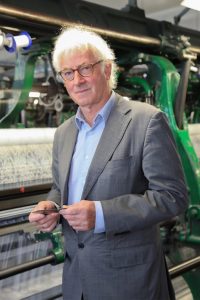 Catherine Pégard, president of Versailles and recently renewed for five years, Pierre Hermé the 2016 Best pastry chef in the world,  who is France’s great ambassador abroad, were some of the jury members who selected these three winners among 250 applicants.

Françoise Bettencourt Meyers told the laureates that in Métiers d’art, one has to be persistent to succeed. And this is the best advice she could give to those who did not win this year. Keep working and applying for the prize.

This prize is given to encourage French talents devoted to our traditional techniques. It is a financial as well as a psychological boost for artists to keep going. (Fondation Bettencourt Schueller)