Unittled, 1960 is reminiscent of the sunset

René Laubiès was an ascetic. He spent winters in India where he lived in total simplicity and painted on paper. When he came back to France in the spring, he glued (maroufler) his papers on wood and they became magical paintings. Alain Margaron is a patient dealer. He collected Laubiès’ works for years in his lifetime and the artist gave him a number of paintings from his studio,  just before he died in Mangalore in complete solitude in 2006. The show in the Marais is soothing, luminous and very exciting. 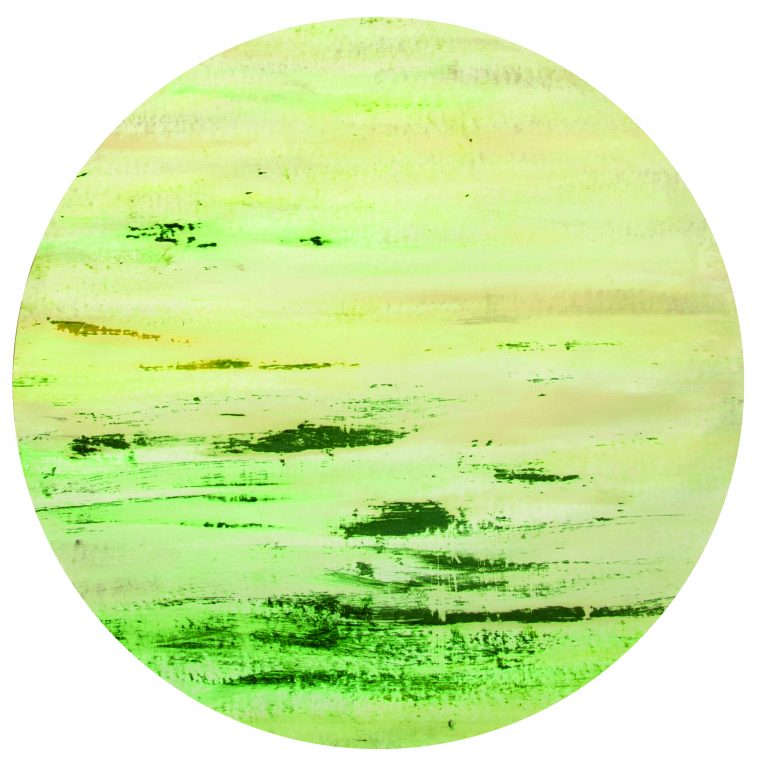 I was lucky enough to meet André Laubiès through Elie Schulman, an old friend of his and a collector. He had the gentleness of a monk, the calm of a philosopher who had early on adopted taoism. He was born in Vietnam in 1922 from a French father who was a magistrate and a mother from La Réunion who had Chinese origins. He loved the Chinese culture and translated poems from scholars as well as wrote original poetry. A friend of Jean Fautrier who helped him in his career, he was exhibited at Iris Clert and Alexander Iolas galleries. He had a very singular way of living and of painting. 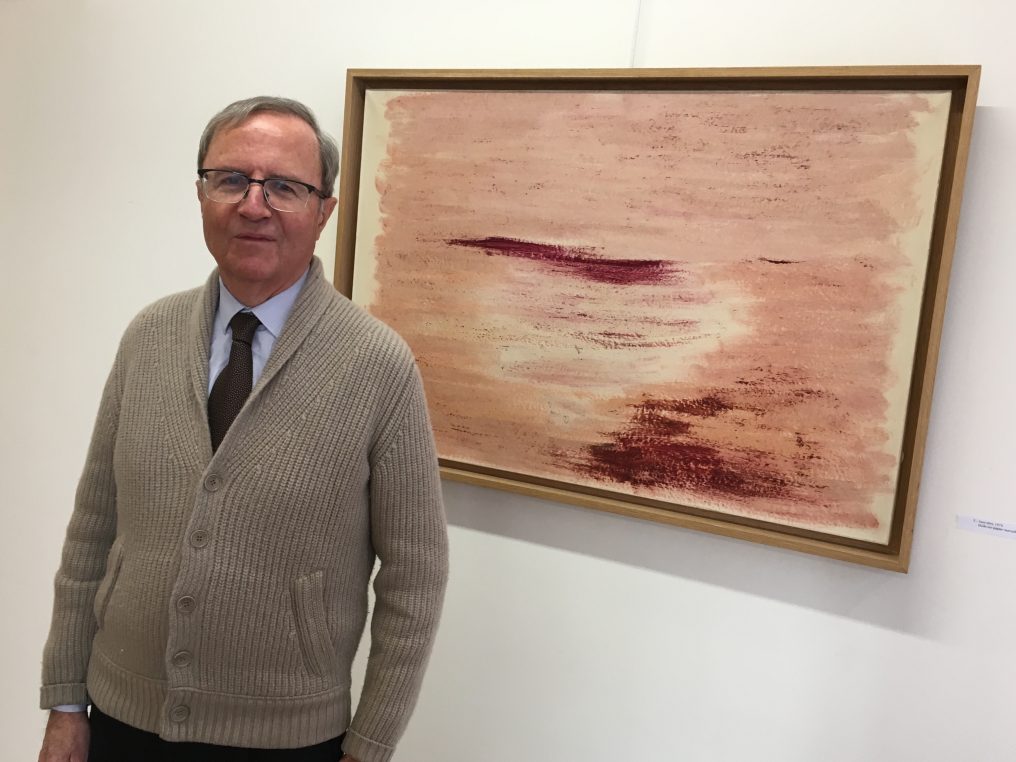 “In the evening when setting, the sun paints for me immense canvases” was one of the sentences he told his dealer. “Nature is before all a feast of colors”… Laubiès’ great kindness was what struck one most. His works have this contained humility mixed with a bright light which makes them stand out. I particularly like his tondos and his early works where he uses vertical and horizontal lines.

Started in 1950, his career as a painter was immediately strong with exhibitions in Italy, Germany and the United States, in Buffalo and Pittsburgh. He spent some time in 1956, as visiting professor at the University of Alabama and befriended Ezra Pound whose poems he translated as well as Robert Creeley‘s. He was a poet himself and published “Portraits and aphorisms” in French. But he always privileged his quiet life and his long stays in Asia and in India particularly in the winter, in Greece and Turkey in the summer. He would spend the autumn and the Spring in Paris but disappeared slowly from the International art scene at the end of his life.

Alain Margaron, who patiently builds up artists like Fred Deux, Anselme Boix-Vives and Dado, is preparing a large retrospective of his works in les Sables d’Olonne for February, 2019. His paintings sell for 2 800€ for an ink on paper up to 35 000€. (Galerie Alain Margaron, 5 rue du Perche until March 17)