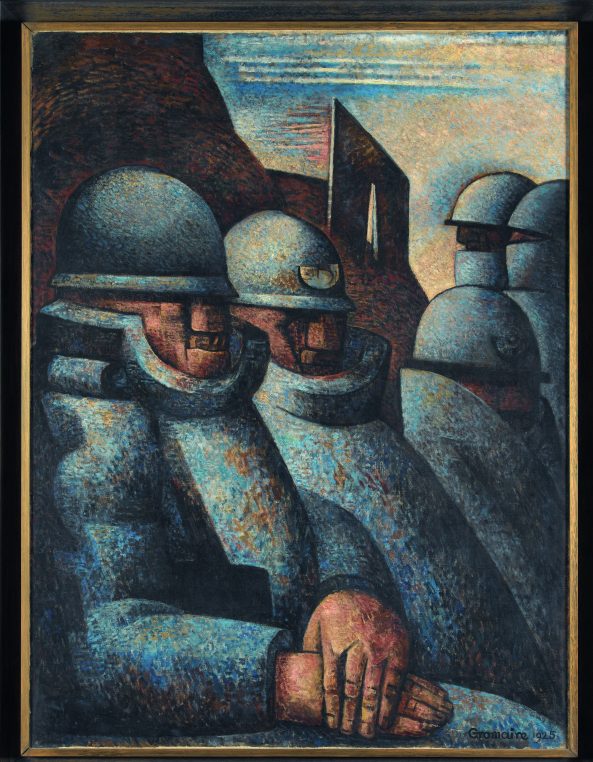 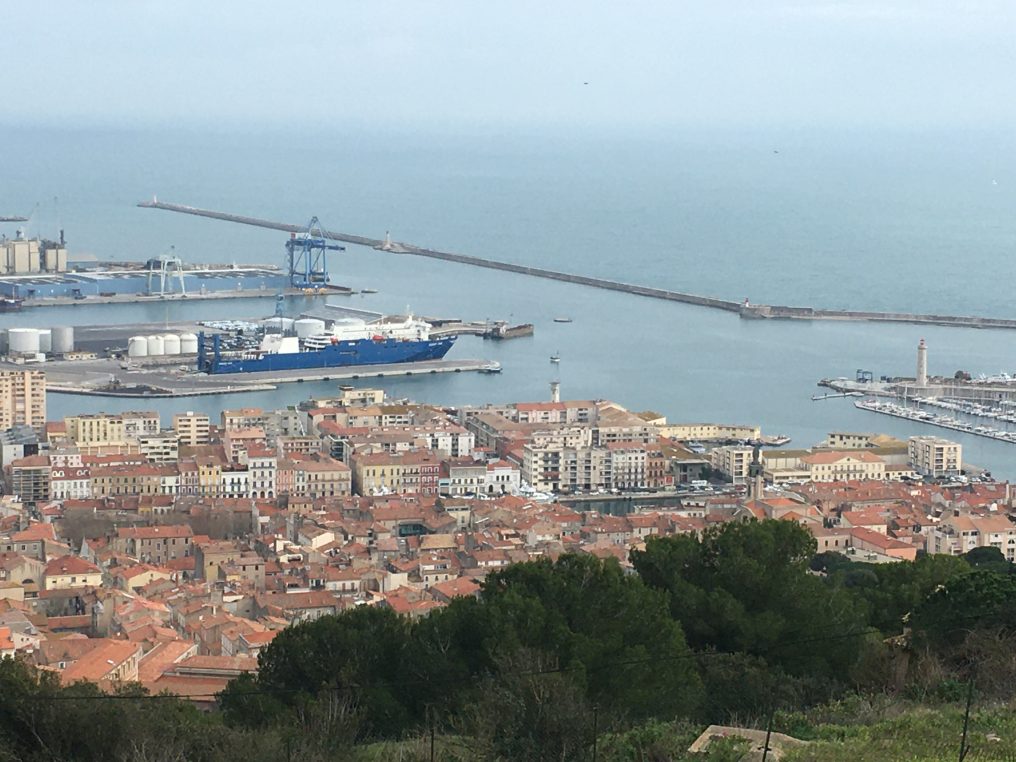 A general view of Sète from the Cemetery. On the lower right, the quai Aspirant Herber, where successful artists like Jean Denant and Jean Michel Othoniel live near the Contemporary art center, CRAC

I had been wanting to visit the city of Sète on the Mediterranean for a long time, and this firs week in January suddenly seemed perfect for travelling. The sun was awaiting us on the oyster fields and a marvelous artist, Jean Denant whom we met though his galeriste Anne de Villepoix, took the time to tour us around town. Paul Valéry’s famous “Cimetière marin” (cemetery on the sea) and museum, Pierre Soulages‘s mysterious house which was burglarized while he was inaugurating his exhibition at the Louvre with President Macron, the Marcel Gromaire exhibition and Chez François, the place to eat fabulous “clams en persillade”, all seduced me immensely. Not to mention the Venice like canals which make this little town quite magical. 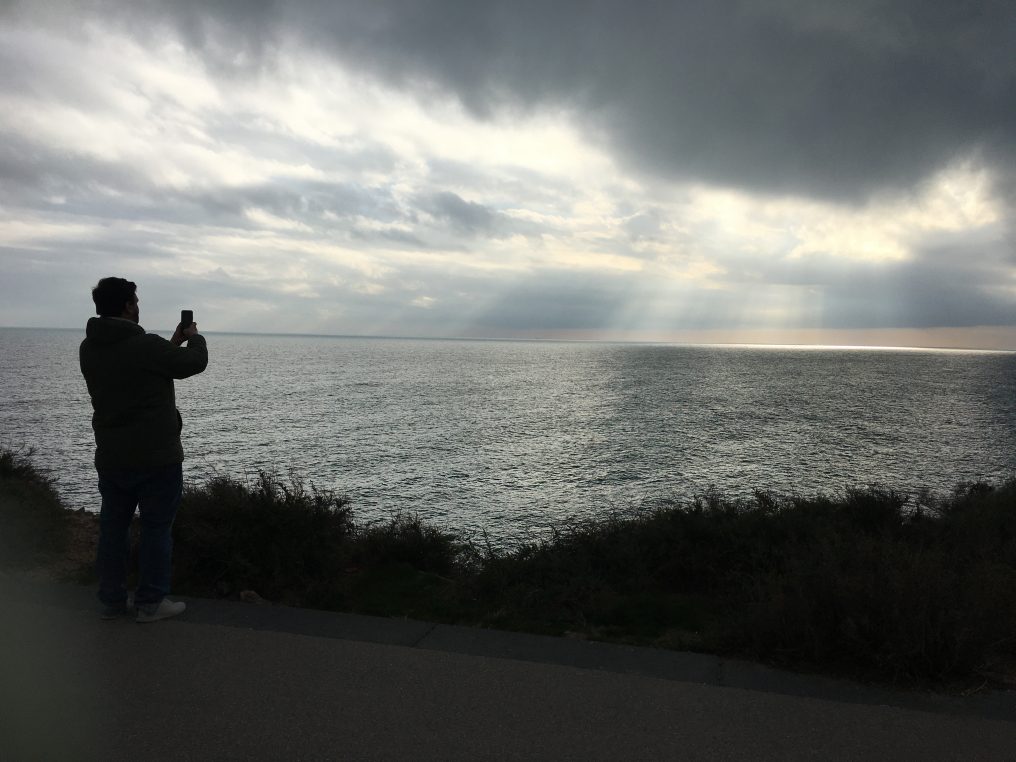 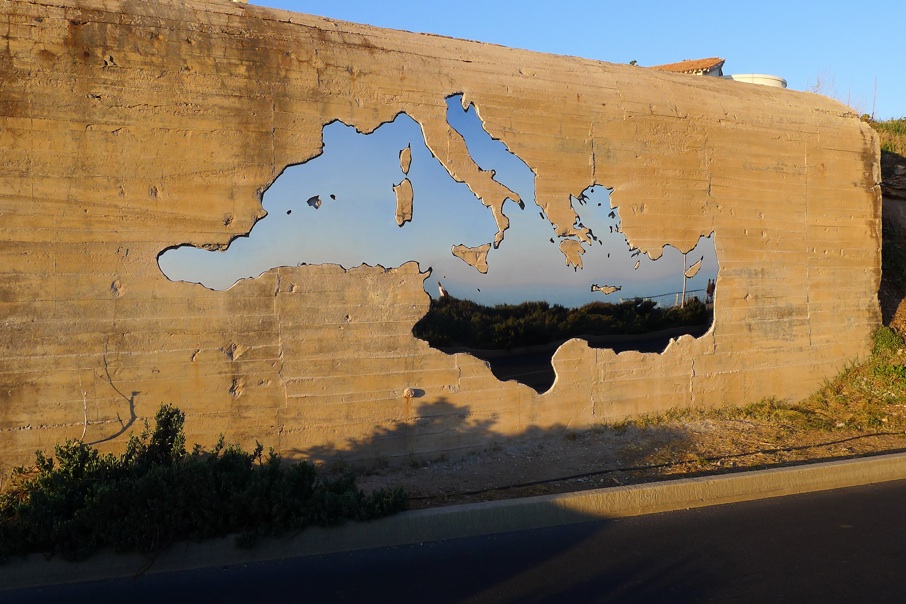 “La traversée”, a work in mirror facing the Mediterranean Sea in Sète represents the historical dialogue between the city and the antique sea

The main cultural attraction in Sète is the Musée Paul Valéry, set above the Cemetery in a 1970’s, yet slightly derelict, building designed by Guy Guillaume (1924-1980). French poet Paul Valéry (1871-1945) was born here and raised in Montpellier. There is a large room devoted to his work of which 300 documents are kept in the museum. But at the moment (and until February 23), what is attractive is the Marcel Gromaire (1892-1971) exhibition, “The elegance of Strength”, which has already travelled to Roubaix and Honfleur. The two main lenders are Musée d’Art Moderne de la Ville de Paris and Galerie de la Présidence. Whether you like (or not) his dark and realistic style, you will be impressed by  his original style and the power of each painting,  and there are 130 works in the show. 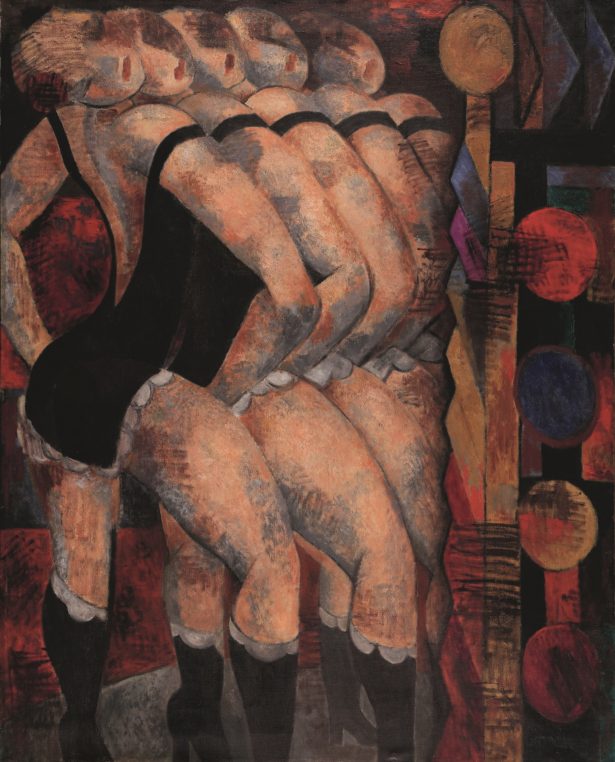 Raised in the North of France in the dreary country of Cateau Cambrésis, he was brought up by his grandmother, a painter and his aunt, a poet. He was wounded in the war and demobilized, and soon moved to Montparnasse where he started exhibiting. Maurice Girardin, the son of a butcher turned dentist, and a keen collector, took interest in his work as he had in Rouault, Vlaminck, Utrillo and Dufy,  and bought most of his production between 1920 and 1930. He left his collection of 600 paintings to Musée d’Art Moderne de la Ville de Paris. In parallel, he also became a film critic.

The most famous of his paintings, “La Guerre”, shows soldiers from the First World War in their blue uniform and is totally striking. Later, he concentrated on social issues such as strikers, train conductors, both topics which are very actual! and his series of paintings of New York in 1950, are very original. The human body, a few portraits including self-portraits, street scenes and popular gatherings create a vivid atmosphere in this show which is perfectly adapted to the size of the museum. 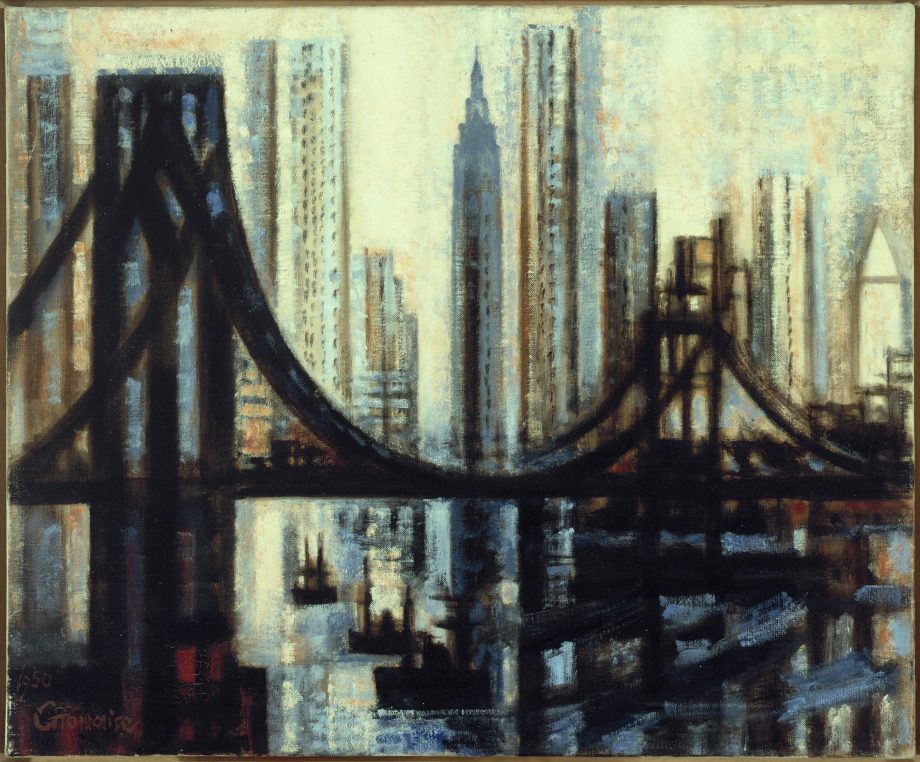 When you drive down from the museum and cemetery, take the time to walk along the canal Royal where the Canal du Midi, built by Colbert in the 17 th century, opens unto the sea. The town became a big harbor in the 19 th century when boats were regularly leaving for Africa and now counts 45 000 inhabitants who arrived in numbers from North Africa in 1962. There are still regular ferries today which take you to Tangiers or Oran in two days. Fishing has always been a big industry and oyster parks have been developed on étang de Thau, just north of the town. 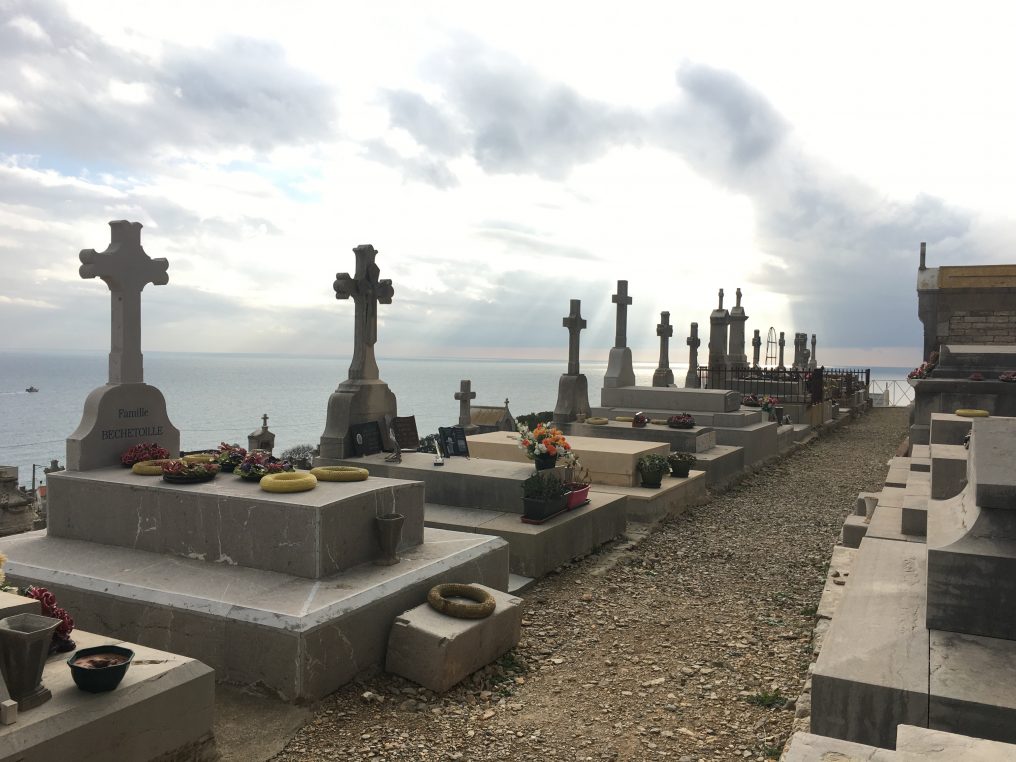 We missed the Musée International des Arts Modestes created by Hervé di Rosa and Bernard Belluc which had closed early, but visited the CRAC, a center for contemporary art. The highlight of the two day visit was our lunch at Chez François, the super sympathique bistrot, where you can eat all sorts of local shells from oysters to clams, mussels and fish at reasonable prices because the owners are also producers. This is where the locals eat and a nice lady with a red coat had recommended it on the street…

French artists Robert Combas and Hervé di Rosa are also from Sète and as our guide Jean Denant was telling us in the courtyard of the Municipal studios provided by town hall for the artists, there is a mine of young talented painters there. So make sure to visit… The hotel l’Orque bleue was closed but it seemed to be the best choice for a room in the harbor.

Marcel Gromaire is at Musée Paul Valéry until February 23. Jean Denant is at Galerie Anne de Villepoix and his works can be seen in different museums.

One Comment on “Sète, city of the arts and Marcel Gromaire”