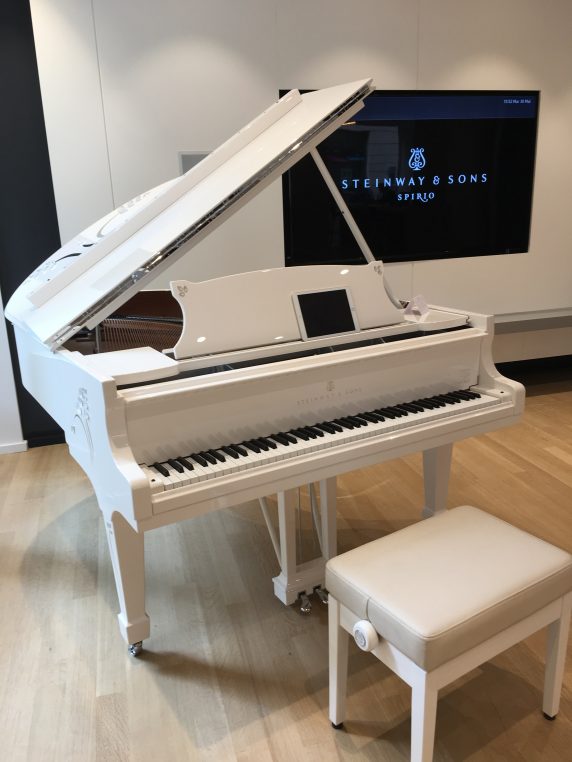 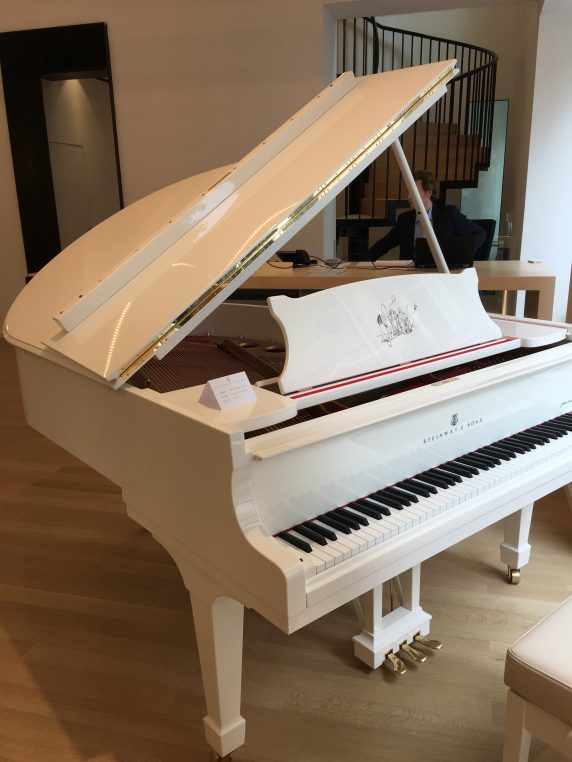 The “Imagine” John Lennon piano, limited edition. The singer composed the song on a similar instrument, which sells for 108 120€

Steinway & sons had not opened a new shop for 70 years since the London shop was inaugurated and it is therefore an amazing event that they chose the heart of Paris, on boulevard Saint Germain to open a beautiful show room with an auditorium. All pianos are made in Hamburg. 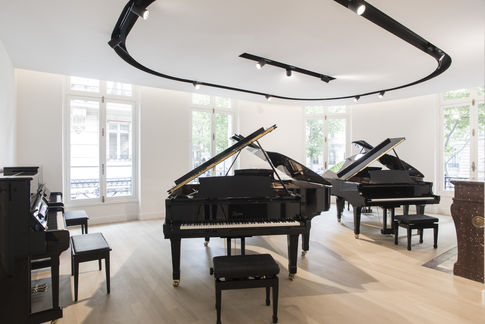 A large variety of sizes and genres on the first floor

The firm was founded in 1853 in Manhattan by German immigrant Heinrich Steinweg. It has sold over 600 000 pianos since and John Lennon who played on an upright piano composed “Imagine” on a grand. For the 150 th anniversary, Karl Lagerfeld was asked to design his own.

Every Wednesday at 7.30 pm, there is a conference with some music and a large concert will take place in September in the auditorium. It is a three story shop dedicated to the Steinway family, the founding German American family of course, but also to all customers who form a large group around the world including Lang Lang and formerly Arthur Rubinstein. 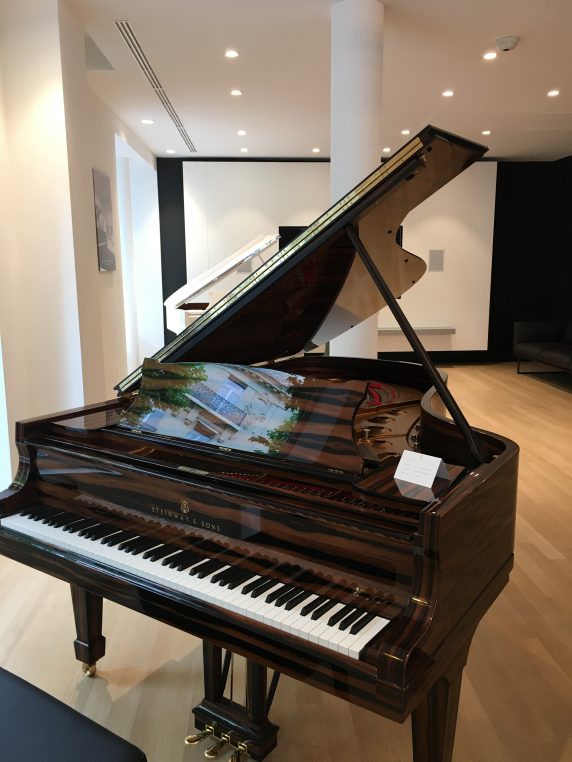 The decor is very sober and the three pianos exhibited in the showroom at street level, are totally amazing: a  white grand with crystal decors by Lalique and a darker one in striped macassar ebony. Professionals are welcome to use the rehearsal studios and there is a line of cheaper pianos, Boston and Essex, manufactured with great care for first buyers. 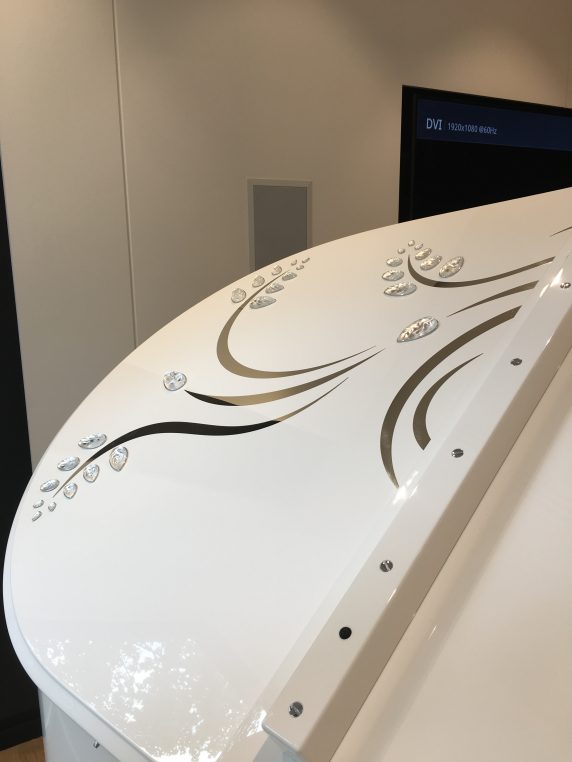 The crystal decor of the Heliconia model is by Lalique: 75 crystals decorate it and it also comes in black

I wonder if Steinway’s arrival in Paris means that the world is taking the French music scene more seriously ? or is it just their new owners, the group Paulson & Co who decided it was time! (Steinway, 230 boulevard St Germain, closed on Mondays) 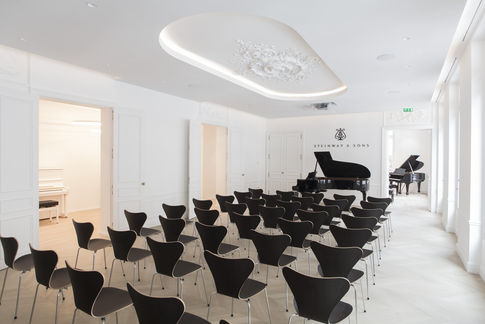 One Comment on “Steinway & Sons moves to Boulevard St Germain”