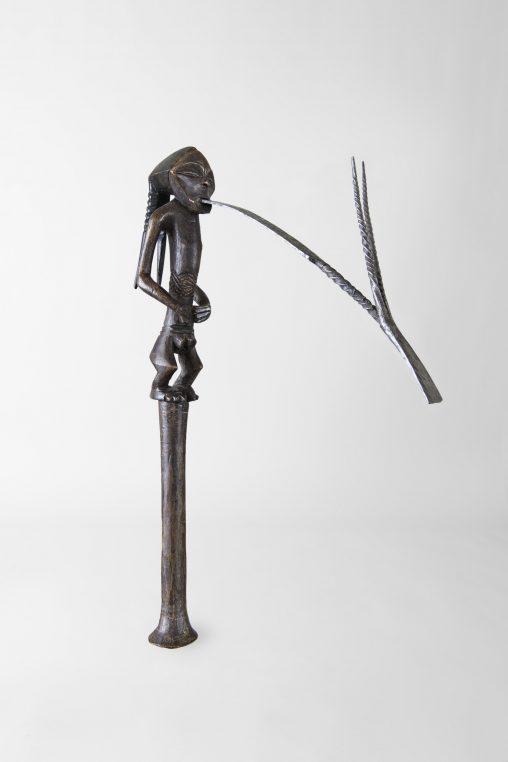 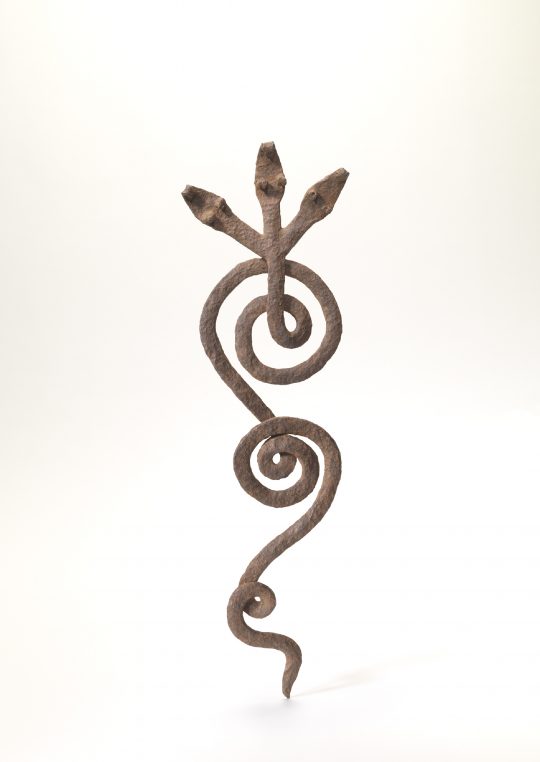 There are two excellent exhibitions opening at Musée du Quai Branly-Jacques Chirac, “Helena Rubinstein’s African art collection” and “Striking Iron, the Art of African blacksmiths”, but I have to admit, my weakness for the latter, which is a huge surprise and aesthetical shock. It was conceived by the Fowler museum at UCLA, which is a scientific partner of the museum on the Seine and includes some 17 th century pieces among 229. American sculptor Tom Joyce was joined by four scientific specialists from L. A., Pennsylvania and Wisconsin. It is a major feat. 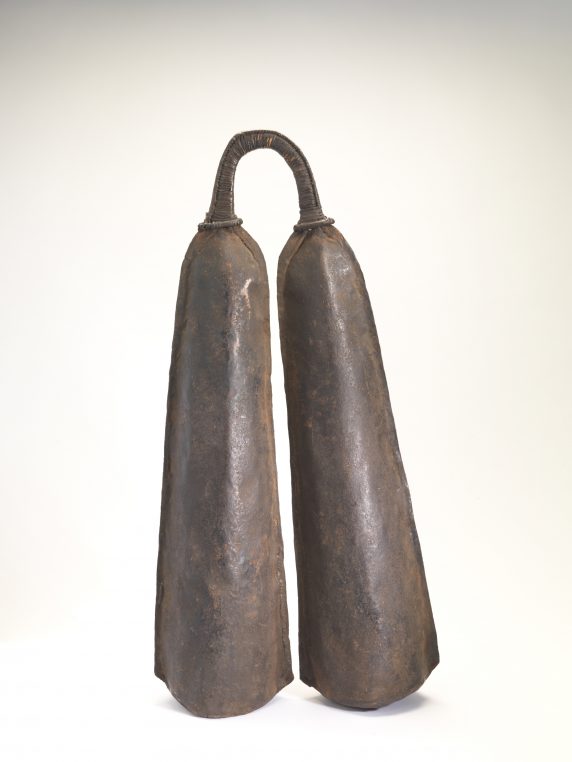 The show starts with the manufacturing of money in clay ovens and explains how iron was used as an exchange money mostly in North Cameroun and North East Nigeria. These “coins” are often weapons or tools and are exchanged for weddings or ransoms. They are worth proportionally the amount of iron used to make them. And the show ends with musical forms made of bells or gongs so that, as Marla Berns , director of the Fowler museum, explained, the visitor leaves the show with sounds in his ear. Some objects were sculpted as death rituals, others as hair pins or necklaces, like in Congo, where the famous Luba hairdos are fixed with iron pins. Bur mostly, these iron sculptures are synonymous of power for divination, war, create medicine, make the soil more fertile.

No less than five curators joined their talents to organise this show which started at the Fowler museum n L.A. and at the Smithsonian in Washington. Axes, ceremonial zoomorphic statues lined with nails, or Nkishi (power figure) with iron hair, compete with artistic knives and ritual sticks.  In North East Tanzania, the karagwe people whose kings who are ironmongers and in Congo, the Luba do the same. All sorts of blades are used as sceptres or ritual sticks, or long throw sticks carried on the shoulder. 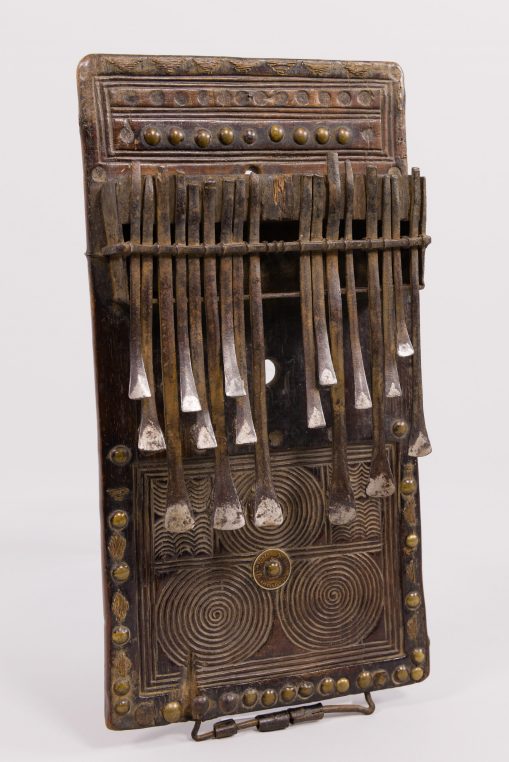 All through the exhibition, one can watch videos of how the tools were cast and the musical instruments played. The tradition perdures today and young men are seen working in outdoor workshops on primitive fires. Henry John Drewal shows his documentaries and you can join guided tours of the show.

I wish I could show you more pictures because each and all objects are fabulous. (“Striking Iron in Africa”, until March 19) 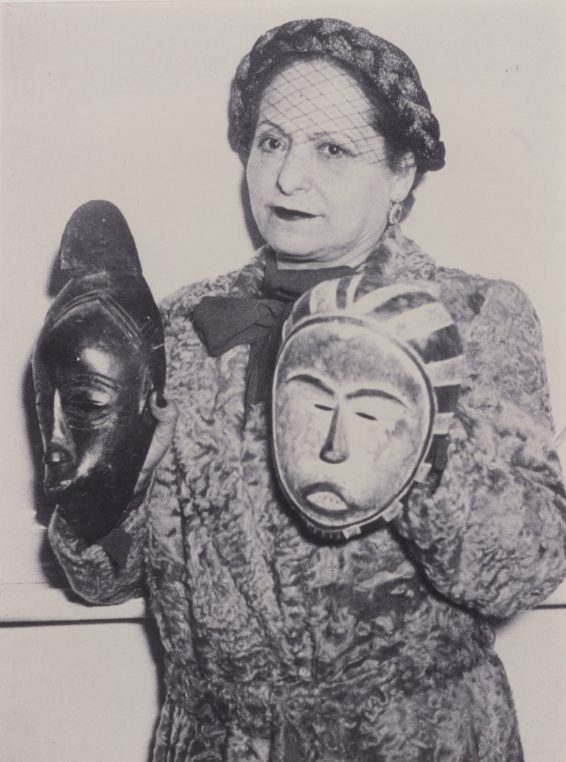 Helena Rubinstein travelling from Le Havre to New York on a boat with her collection and holding two of her African masks, a Fang and a Gouro, February 15, 1934, Helena Rubinstein-L’Oréal Archives

A few meters away, in a pink painted gallery very Helena Rubinstein style, 66 of her hundreds of African statues and terra cotta are exhibited, with photographs of her in her different apartments and houses (all with large terraces) including her beautiful ” Négresse blanche” a sculpture by Brancusi. Curator 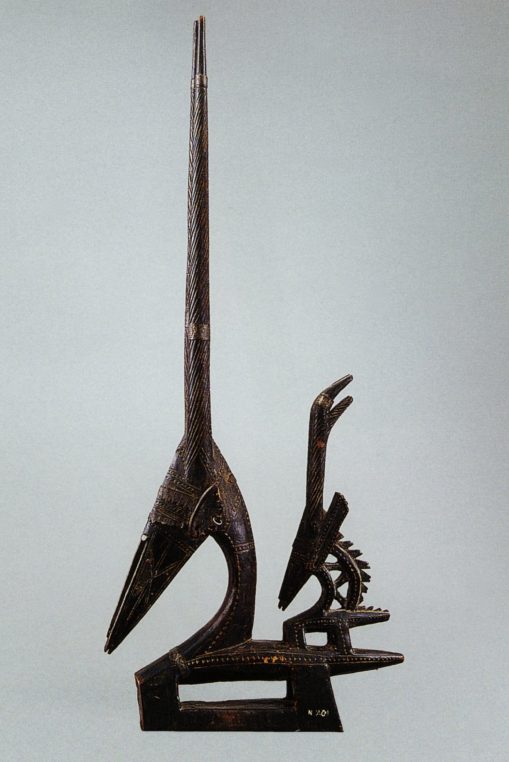 Hélène Joubert has patiently assembled these pieces which were disseminated around the world after the 1966 sale at Park Bernett. This strong lady, beauty empress, had strong and very daring tastes and her collecting choices are well illustrated here.