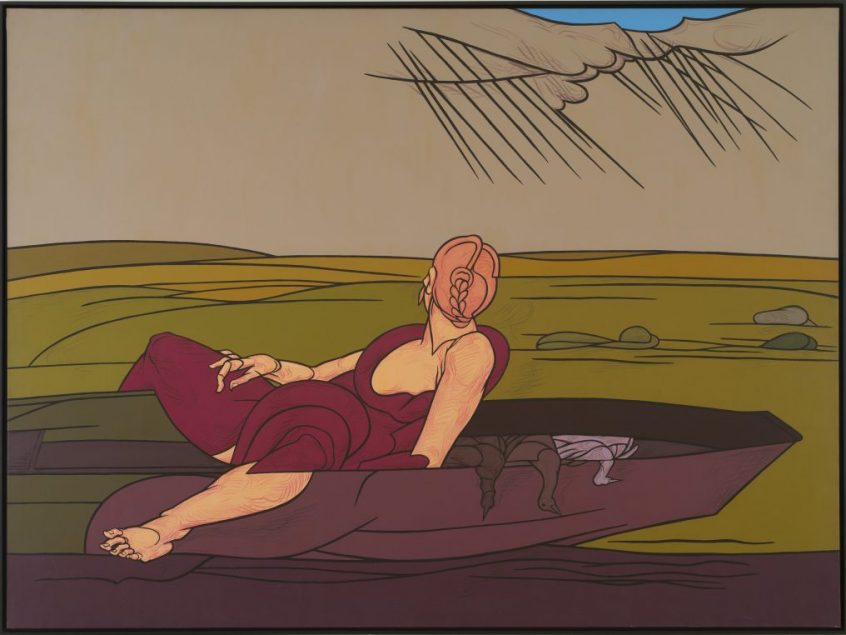 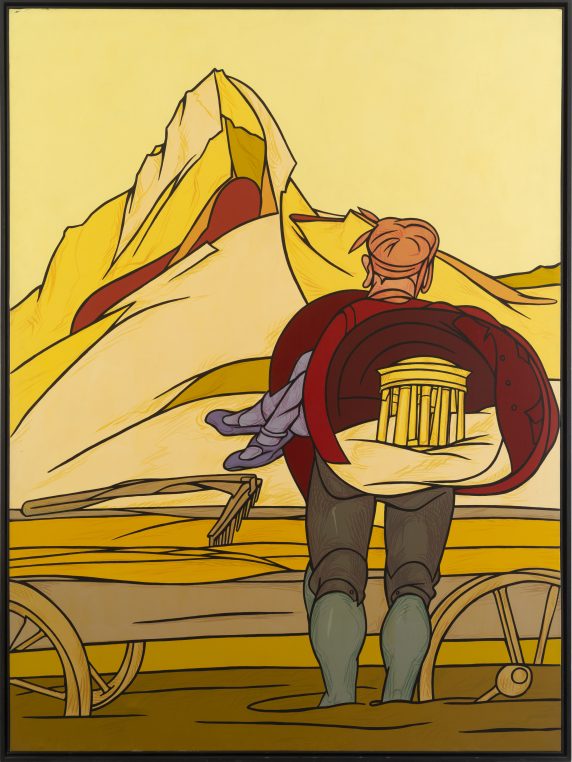 Daniel Templon celebrated the 50 th anniversary of his gallery three years ago and Valerio Adami is one of the artists he has shown for fifteen years, on rue Beaubourg. When Théâtre du Châtelet commissioned a whole balcony painted by the Italian artists in 1989, he had been influential. 34 year old Prune Nourry is a more recent guest and she is shown in the newest gallery on rue du Grenier Saint Lazare. Both openings took place last Saturday, for the elite Parisians who were back in town. 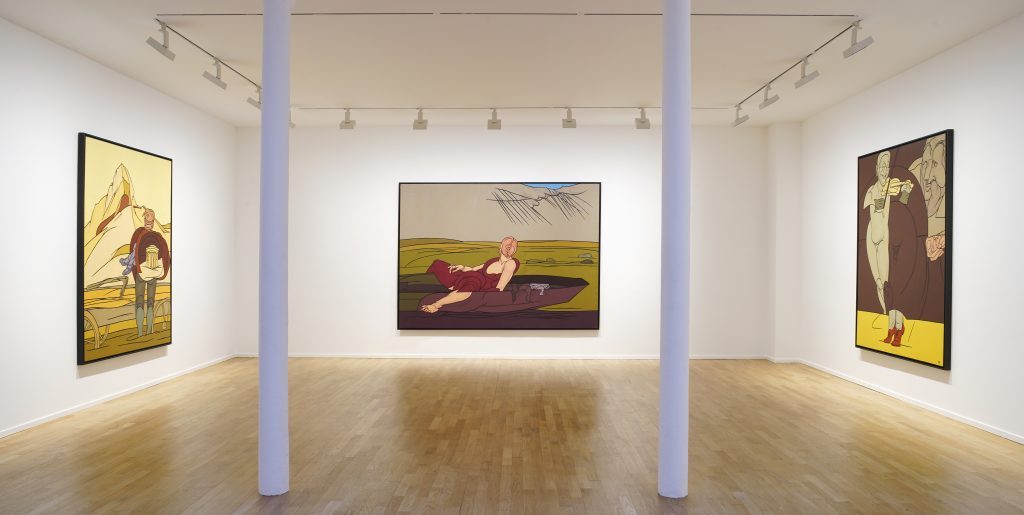 A general view of the Adami show on 30 rue Beaubourg

Born in Bologna in 1935, Adami has very quickly become an International artist, showing at Kassel’s Documenta as early as 1964  and at Musée d’art Moderne de la Ville de Paris in 1970. Alfred Pacquement organized a solo show at Centre Pompidou during the presidency of Dominique Bozo. His colorful style is immediately identifiable and I have always liked his sense of humor. Twelve paintings from the 1890’s are shown in the mythical space where Templon moved at the time. 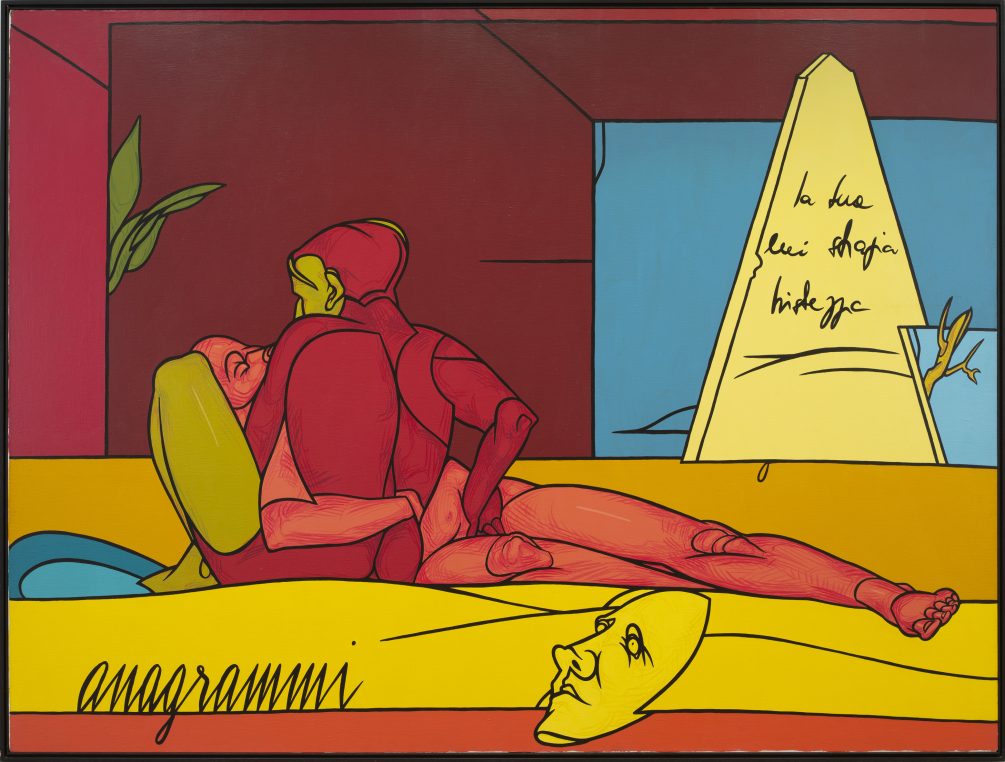 After training in a very classical style, he travelled and started being inspired by his master Oskar Kokoschka but also by different intellectuals such as Italo Calvino, Jacques Derrida and Carlos Fuentes.

On rue du Grenier Saint Lazare,  Prune Nourry has entirely taken over the space to show sculptures (in wood, plaster and glass) which are all marked by their evocation of ex votos, the popular offerings in the form of an object, limb or organ which represent the feelings of women and men confronted with fear, infertility and sickness, their gratitude for past cures and hopes for future cures. Her personal experience of breast cancer is also felt in most works. 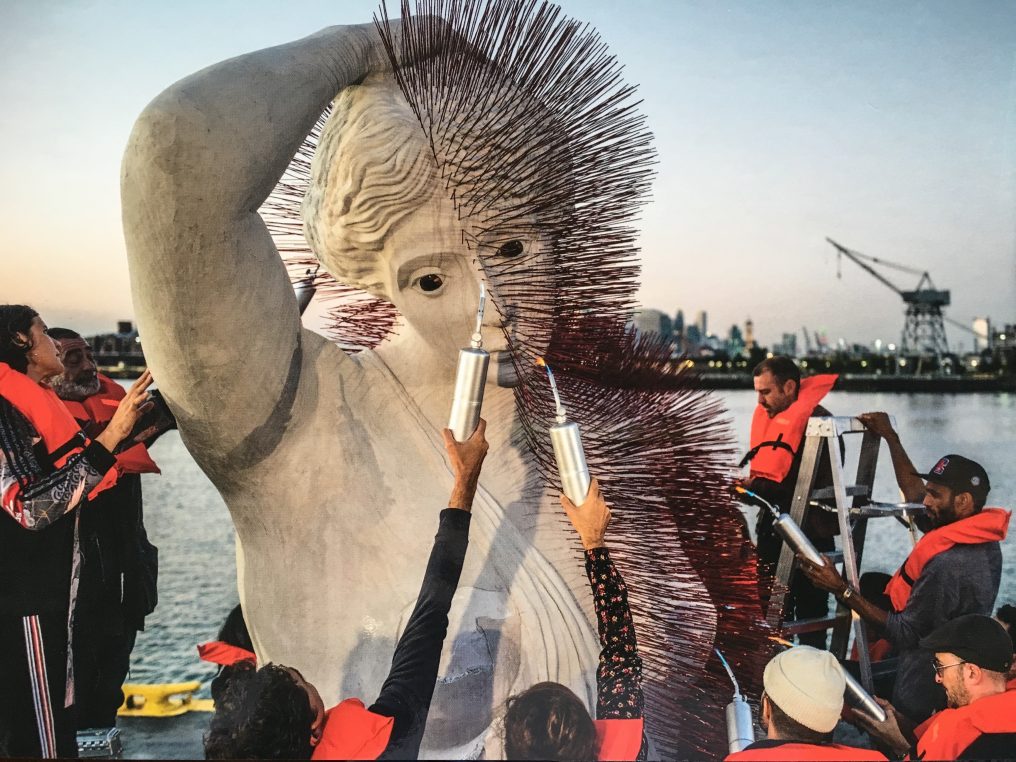 To create the pieces for Catharsis, Prune Nourry worked with archaeologists, sociologists and artisans, drawing inspiration from the different shapes and materials used to make these ex votos. This is the newest evolution of her work since her first striking “Terra-cotta daughters” made in Xi’an, China on the theme of the terra cotta army, which made her instantly famous…

The film Serendipity is partly shown downstairs and will come out in theaters, on October 18 in New York and October 23 in Paris.

One Comment on “Templon, old artists and new ones in two spaces”