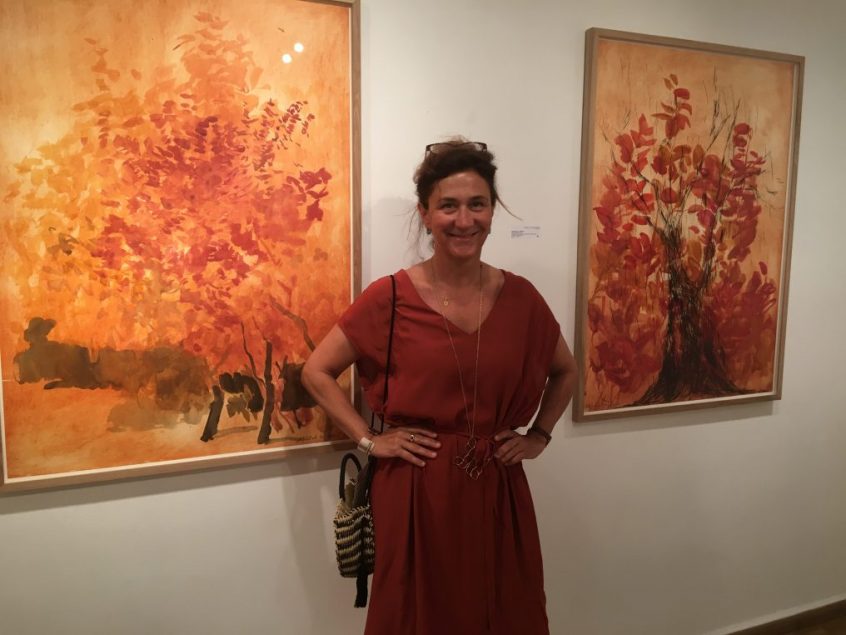 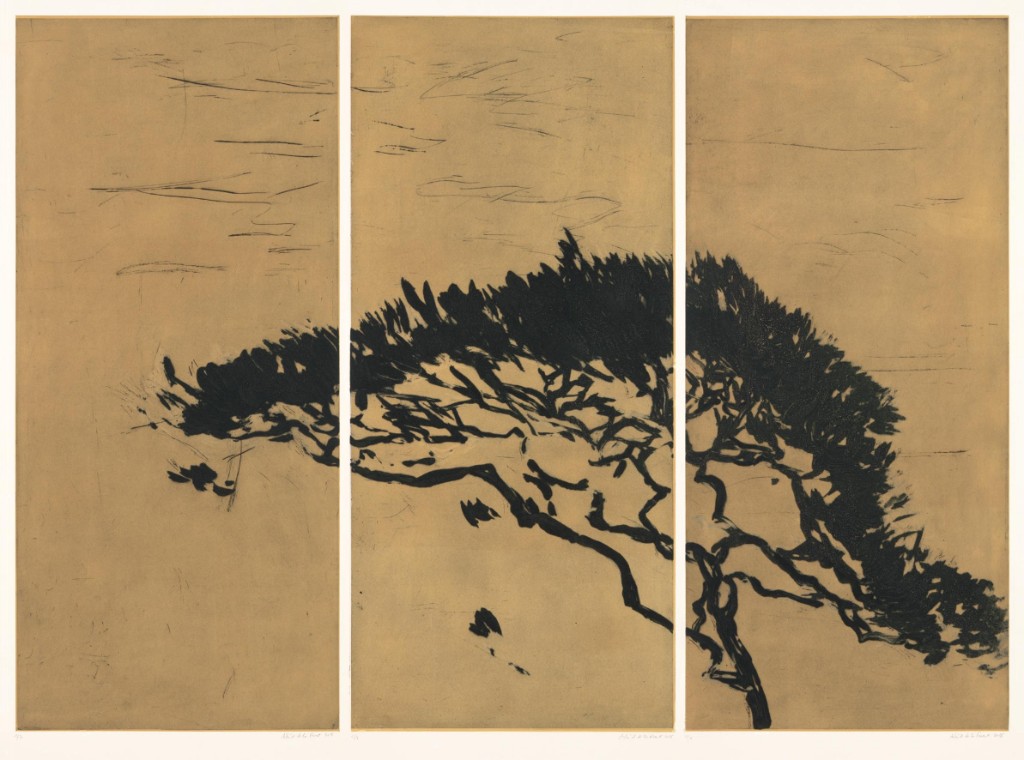 Astrid de La Forest has been an artist and a print maker for twenty years. This month, she has two exhibitions in Saint Germain des Prés and she gloriously entered the French Académie des Beaux Arts as the first lady print maker ever. She was received by  Erik Desmazières and joined Hugues Gall, Henri Loyrette and so many creative musicians and choreographers. She is showing monoprints at Galerie La Forest Divonne (which belongs to her sister) and prints at Documents 15. And a catalogue raisonné of her work is being published by Editions des Cendres & Galerie Documents 15. 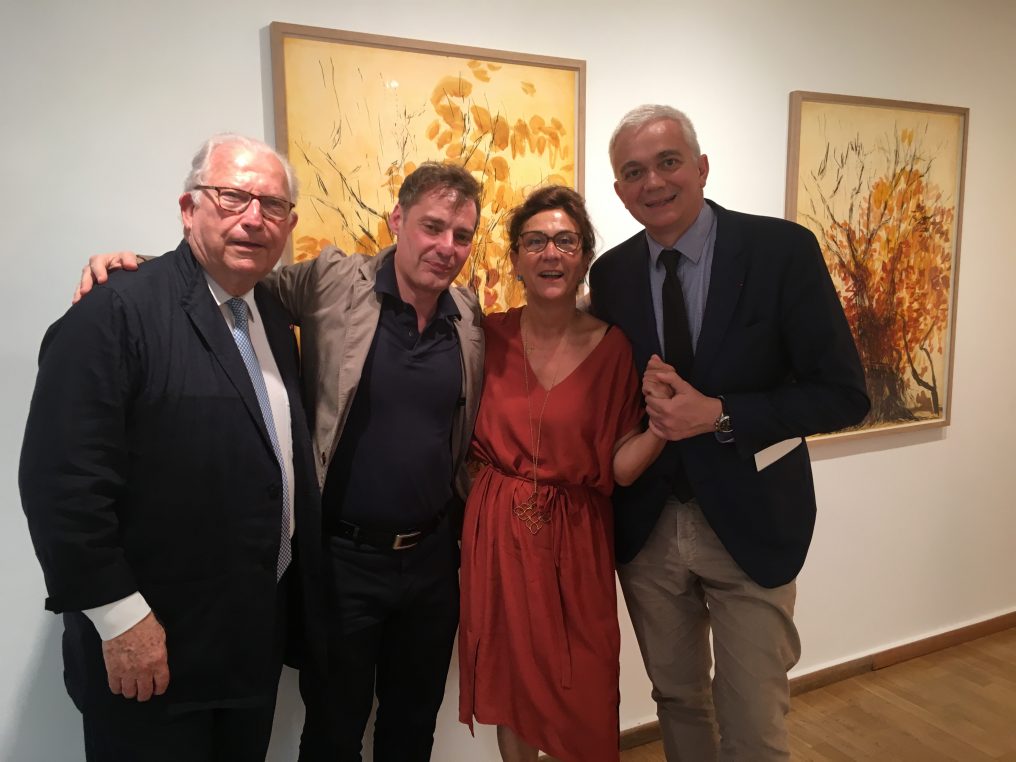 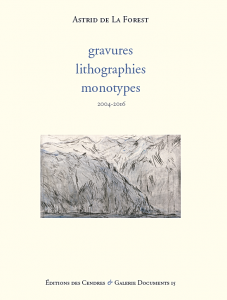 I was just starting to look at the beautiful series of “Autumn suits” when three handsome academicians walked into the gallery together: they were obviously enjoying their outing to celebrate a new member, a pretty lady and a great artist, Astrid de La Forest. Hugues Gall, president of Fondation Monet in  Giverny, Régis Campo, a celebrated music composer and Adrien Goetz, a novelist, art critic and editor of La Grande Galerie, the magazine of the Louvre, were obviously having fun together.

I  have been following Astrid de La Forest for many years and have always been impressed by her mountains, her landscapes from Tasmania and  Donegal where she spent the Spring of 2015, and her vineyards of Bugundy. She is showing some new trees which are beautifully exhibited on rue des Beaux Arts and a mysterious blue monotype “Magheraclogher” on rue de l’Echaudé, but also many black and white prints of flowers and animals including a monkey which she reproduced in bronze on her sword. 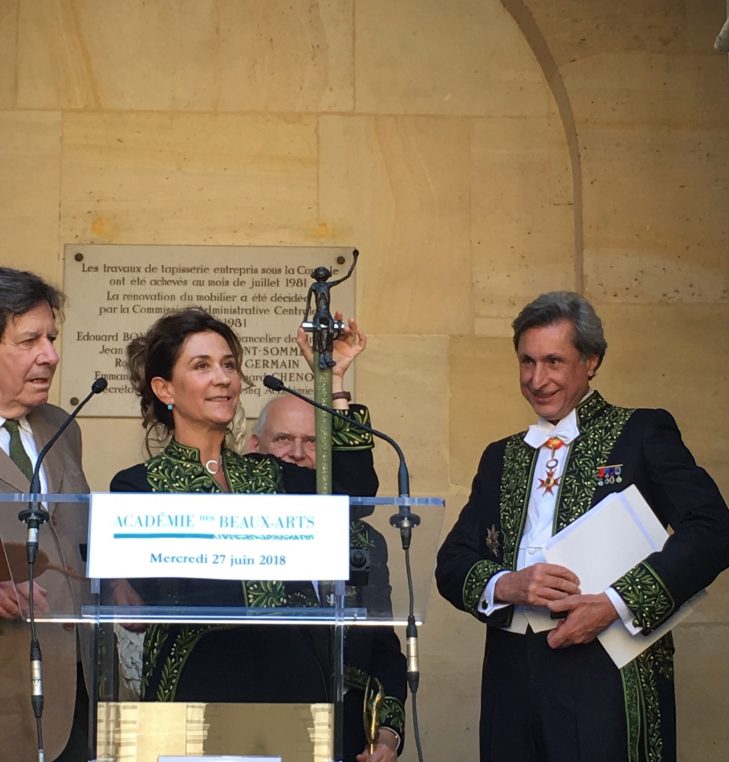 When Richard Peduzzi, her first employer as a decor painter for Chéreau, awarded her her Academician’s sword, he insisted on the beauty of her black and white mountains saying “I wish I had the idea myself”. The ceremony under the cupola of the French Académie, was a mix of protocol and great family love. For the first time ever, a candidate was applauded when entering this impressive hall, giving to the very codified ceremony the allure of a feast. Her three sons and husband were on the first row.

Erik Desmazières introduced her with humor and admiration for her techniques as a print maker. And everyone insisted in their speeches on the fact that a print is not a way of multiplying a work of art but effectively a way of making art on paper, better and deeper.

The laureate insisted on the great freedom that her husband gave her to travel and do research on her own abandoning her family for months at a time. As the first woman print maker elected, she was congratulated by Patrick de Carolis, President of the Académie des Beaux Arts, who wished her to be one day,  its “doyenne”, the senior member. 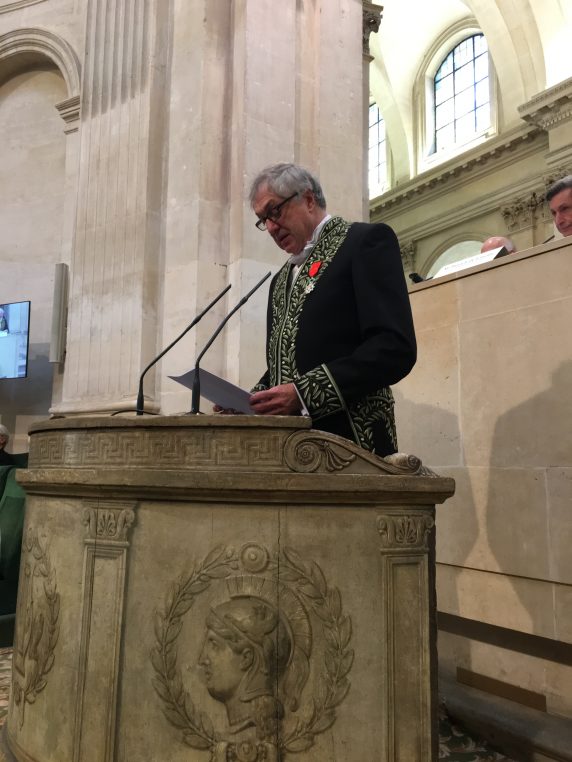 As a brilliant print maker himself, Erik Desmazières pronounced the welcome speech

In one gallery you can see her very colored work, in the other you have a mini retrospective of past wonders. A monkey who jumps around, fields which become almost abstract, a mountain in black and white… Her talent as a print maker is techncially unique and she also teaches at the ENSA Paris-Belleville school. 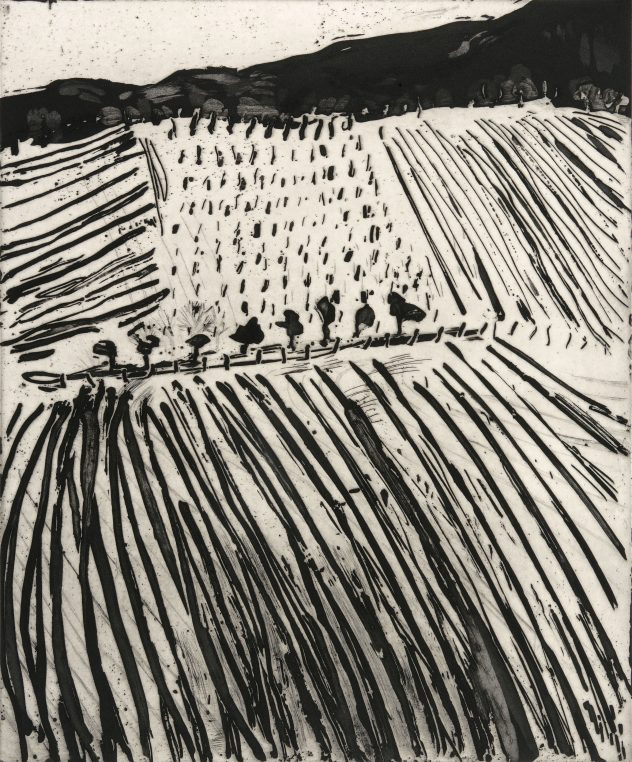 And interestingly, she succeeds in a field which is usually seen as entirely masculine. 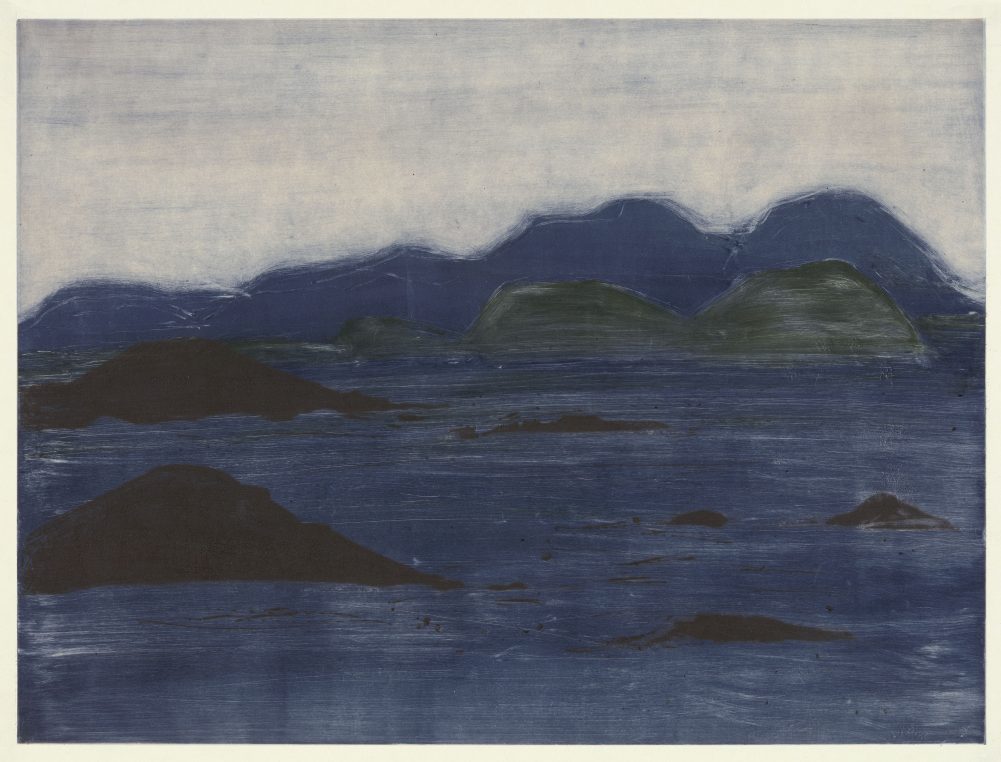