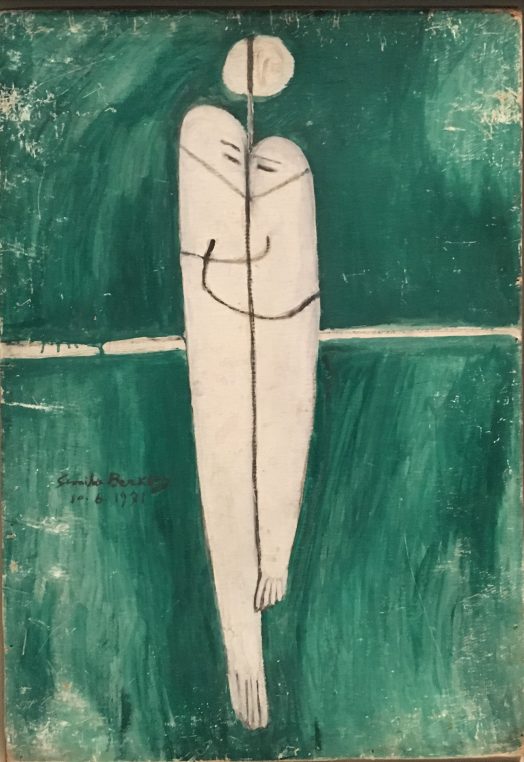 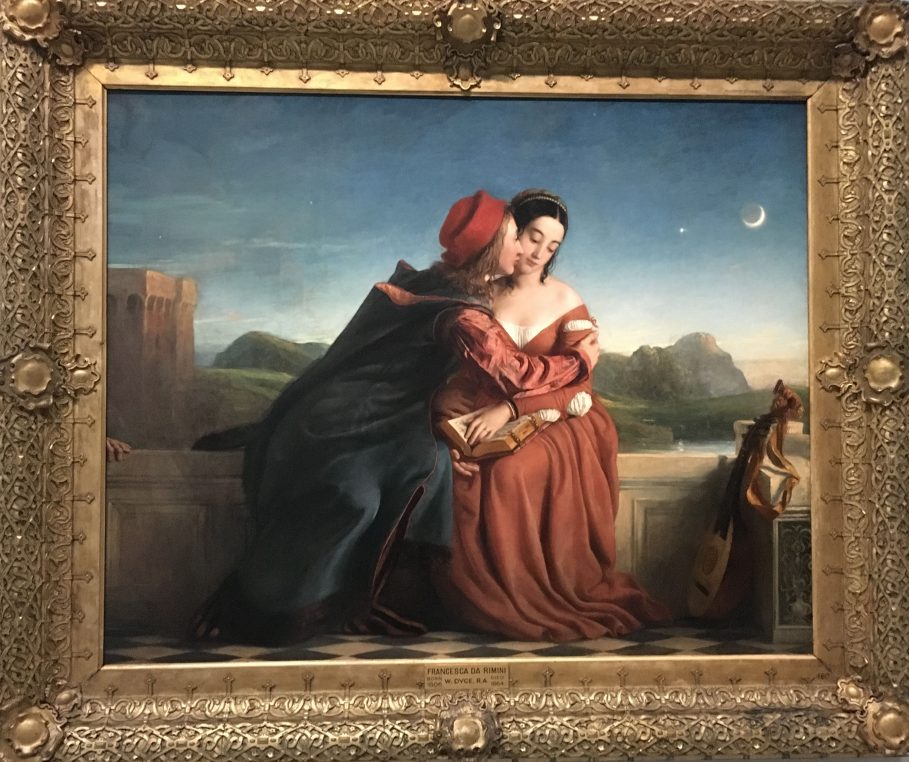 The first time I went to see the exhibition “La Lune” at Grand Palais I was slightly irritated. Irritated at the excuse of celebrating the 50 th anniversary of the first step on the moon on July 21, 1969. Frustrated by the small size of the exhibition which leaves you hungry for more. Unhappy about the staging which is very loose. So I decided to go back this week and since it is school vacation in Paris, it was much more fun. Full of children, playing with their iPads with the guided tour and loving Chagall and William Dyce. 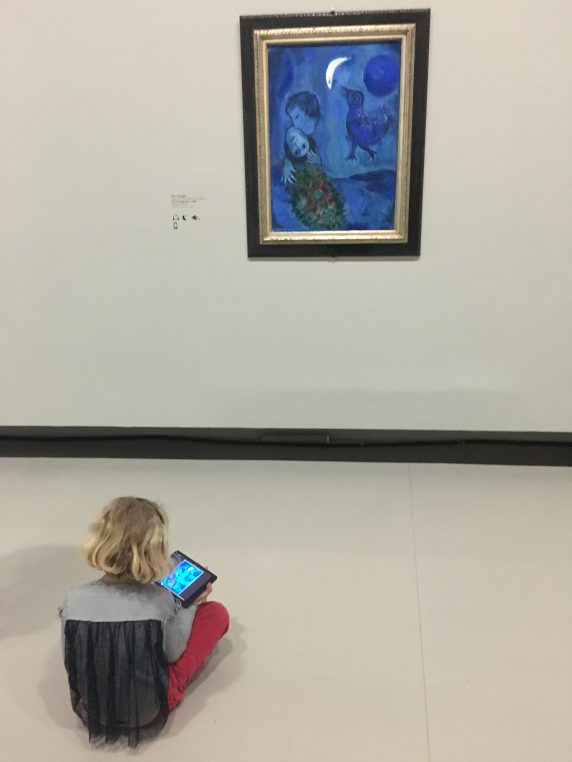 The exhibition, subtitled “From real travel to imaginary travels” starts with the fist step on the moon illustrated by a space shift by Sylvie Fleury, many accessories and photos of the first three astronauts Neil Armstrong, Michael Collins an Buzz Aldrin and a concrete rendition of the first step by Mircea Cantor. A film by William Kentridge exploring the moon in his studio, a series of photos by James Turrell, and luminous globes of the moon by Ange Leccia complete the first rooms of the show. It is all very lively and it brought me back to my High school examination when I was asked to comment on Neil Armstrong’s sentence: “A small step for man a great step for mankind”. It brought me luck and I passed. 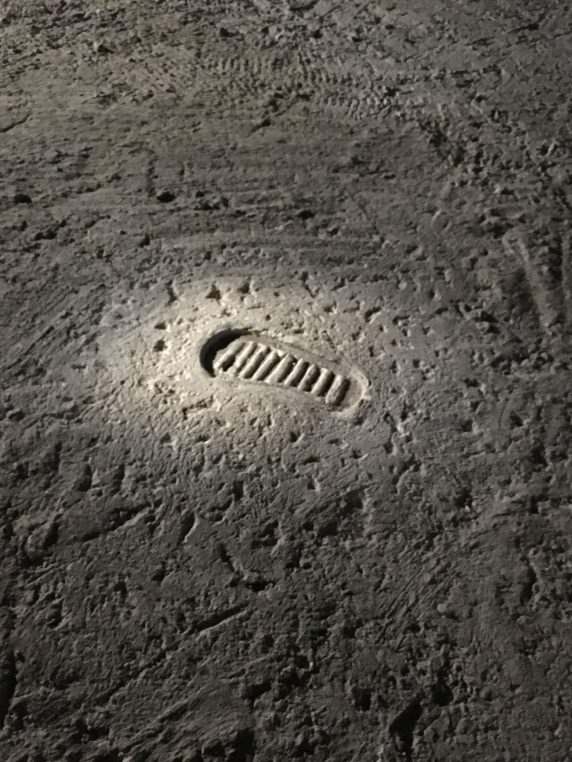 Then we enter art history and the three faces of Greek Goddess Hecate, illustrating the influence of the moon on Man. Kind and benevolent at night, it gives us light, it protects lovers and visits us in our sleep. It also illustrates inconstancy and lunatic moods. These diverse talents of the moon is an excuse to show as many paintings painted at night as possible and I really love these strangely lit works. Hecate is also the goddess of passing from our world to beyond, thus the amazing painting representing British poet Edward Young carrying his stepdaughter, a Protestant, who at the time in 1736, could not be buried in a French cemetery, and had to be buried secretly at night. The episode is described by the poet in “Night Thoughts” which was a huge success in translation in France at the time. 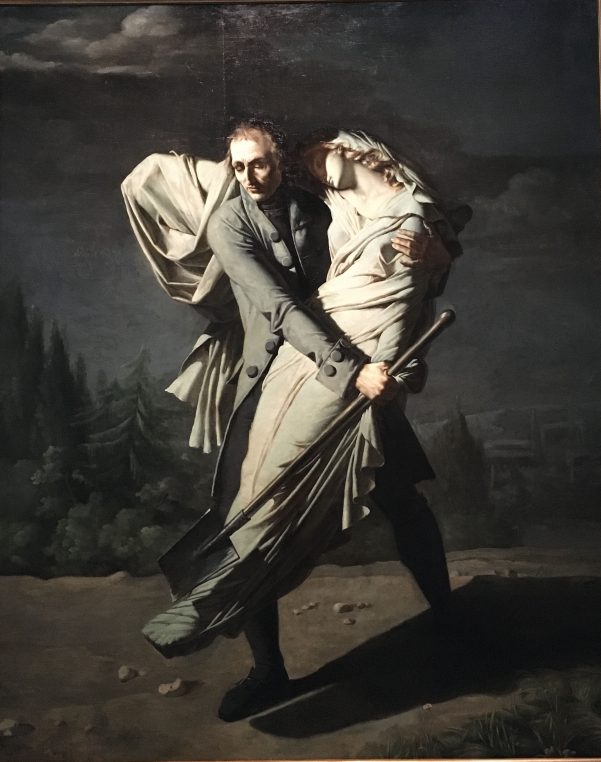 There is an intriguing Salvador Dali “The spectral cow” painted on a beach at moonlight, a wonderful “Christ in the garden of Olives” by Gustave Moreau, and a dreamlike “Baigneuse” by Miró. I really enjoyed at the end of the show,  a large four sided  “Lantern” by Martin Honert, where the artist watches the earth on his television in a bedroom where the ceiling is a constellation and the scene is lit by the moon through the open window. 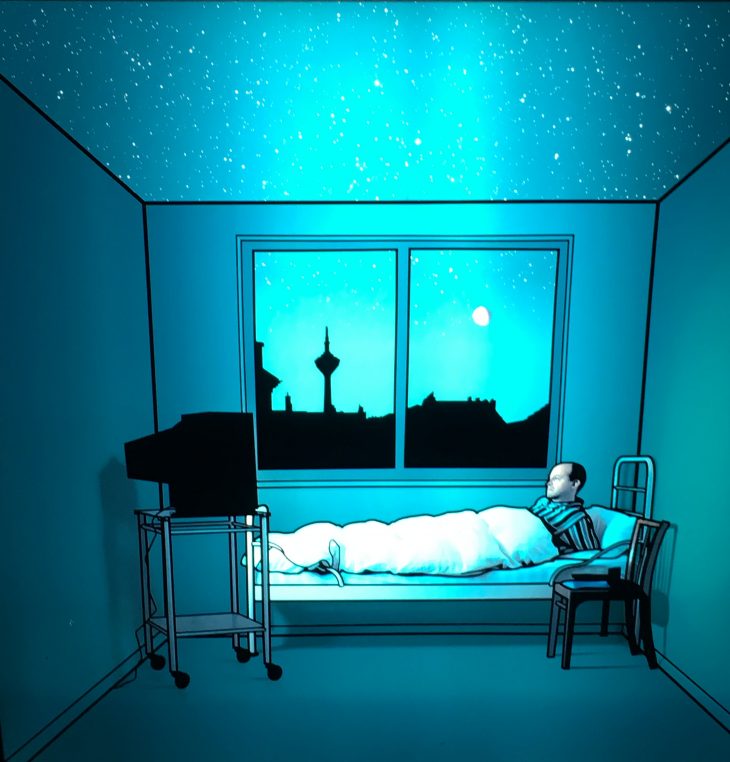 There are some wonderful photographs on plexiglass by Leonid Tishkov, a “Lunatic neonly” by François Morellet, lent by the Musée de Grenoble, a room with an installation by Kader Attia, “Big Bang”, 2005 where a sphere revolves and projects lights, stars and moons. I particularly liked an etching of “The influence of the moon on women’s heads” and Philippe de Champaigne’s “Vision of Sainte Juliette de Cornilon ca 1645-1650”  which came from the University of Birmingham. 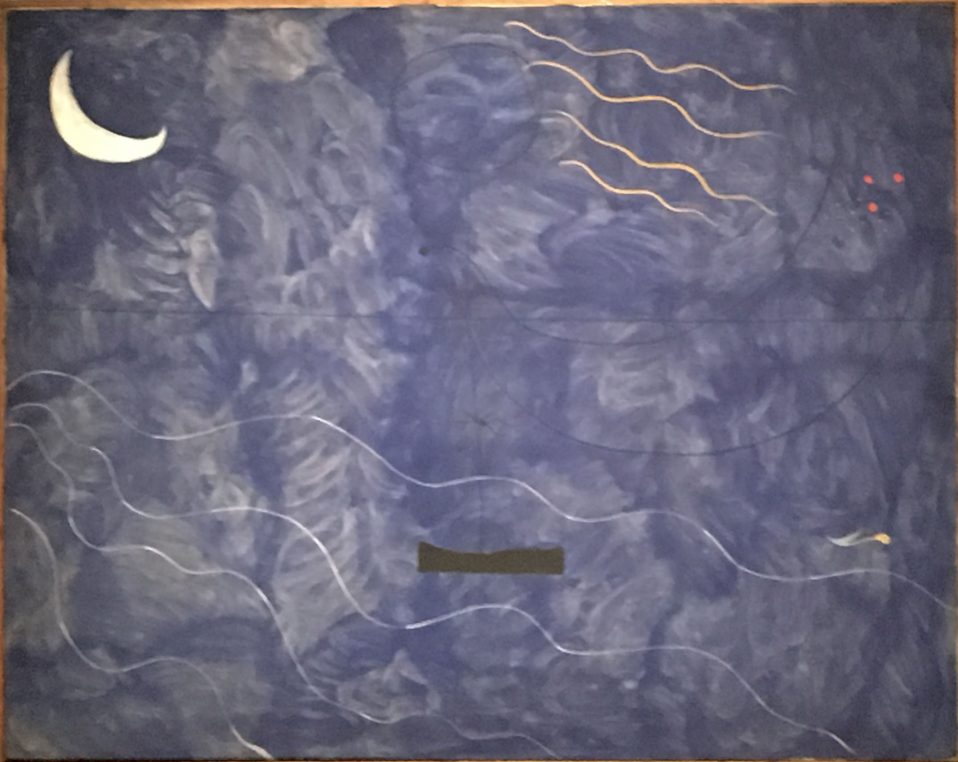 There is a whole section of silver moons from Peru or Bolivia in the 18 th century, African masks from 1900 and of course a “Diane chasseresse” by Houdon in bronze. The oldest piece is a marble sarcophagus representing Diane and Endymion ca 235 ac. The sexiest is “the Inconstancy” by Abraham Janssens, ca 1617, where a young lady holds a moon and a lobster which symbolizes, with its back and forth movements, the epitome of indecision. 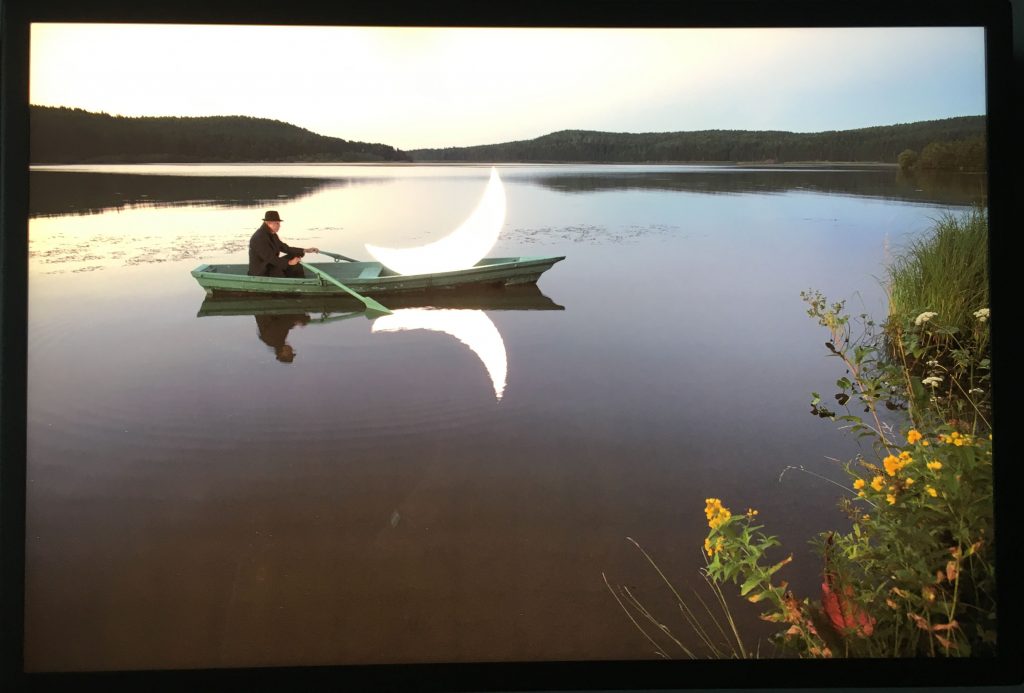 This short exhibition is an uplift with its dreamy quality and the large number of contemporary pieces. Take your time in reading the captions and absorbing the different styles. I cold not really find a leading thread  but discovered many pieces old and new…

Until July 22 at Grand Palais.

One Comment on “The moon and other dreams at Grand Palais”