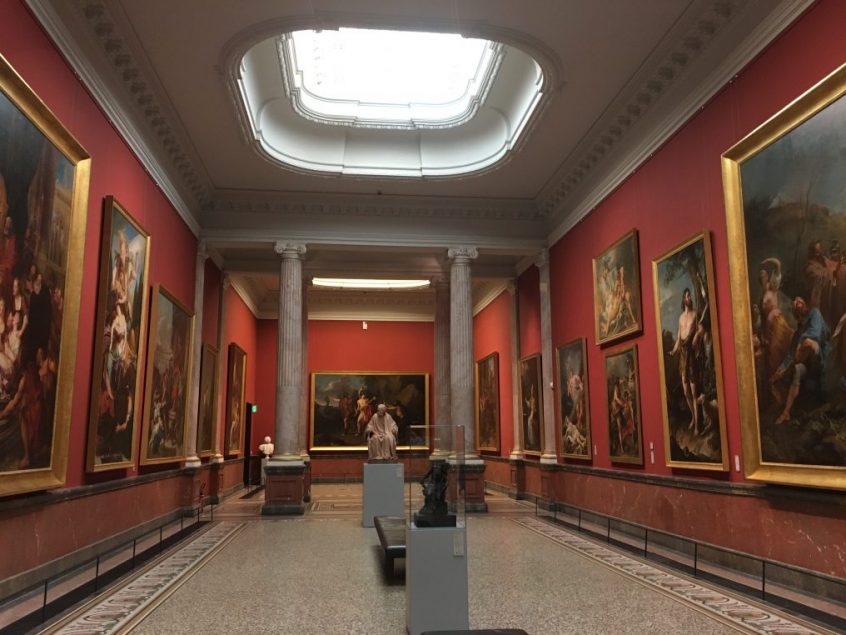 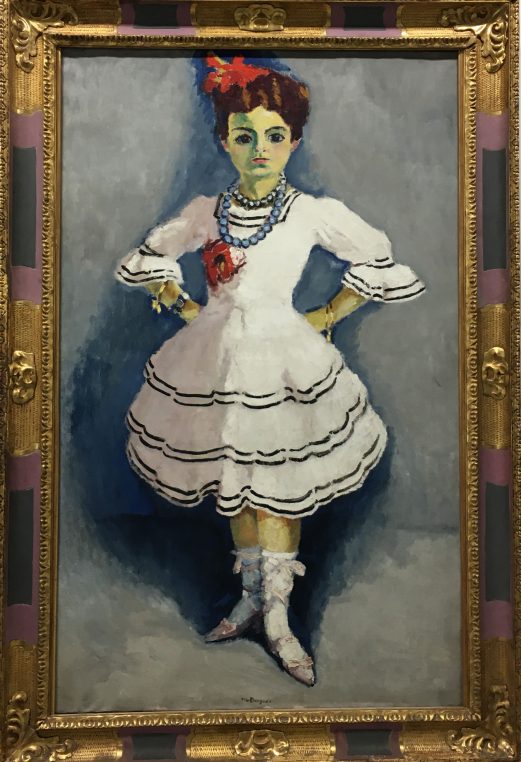 Musée Fabre in Montpellier became a true star in the summer of 2012, when it organized with FRAME (French American Museum exchange) the fabulous Caravaggio exhibition, which subsequently traveled around the US. It was founded by French artist François-Xavier Fabre (1766-1837),  in 1825 and is located in the old Montpellier, the capital of Languedoc, which was a Protestant stronghold until the 17 th century. Louis XIV th decided to turn it into a prosperous city after the tragic Revocation of the Edict of Nantes, which forced protestants to flee. The beautiful architecture around Esplanade du Peyrou and the Arch of Triumph date from this time. Its population expanded after France left Algeria in 1962 and many “pieds noirs” came to develop the vineyards. It has become a modern industrial city with, unfortunately, a serious security problem, but its different museums are definitely worth a full day and in the summer the music festival (10-30 July 2020) is a must. 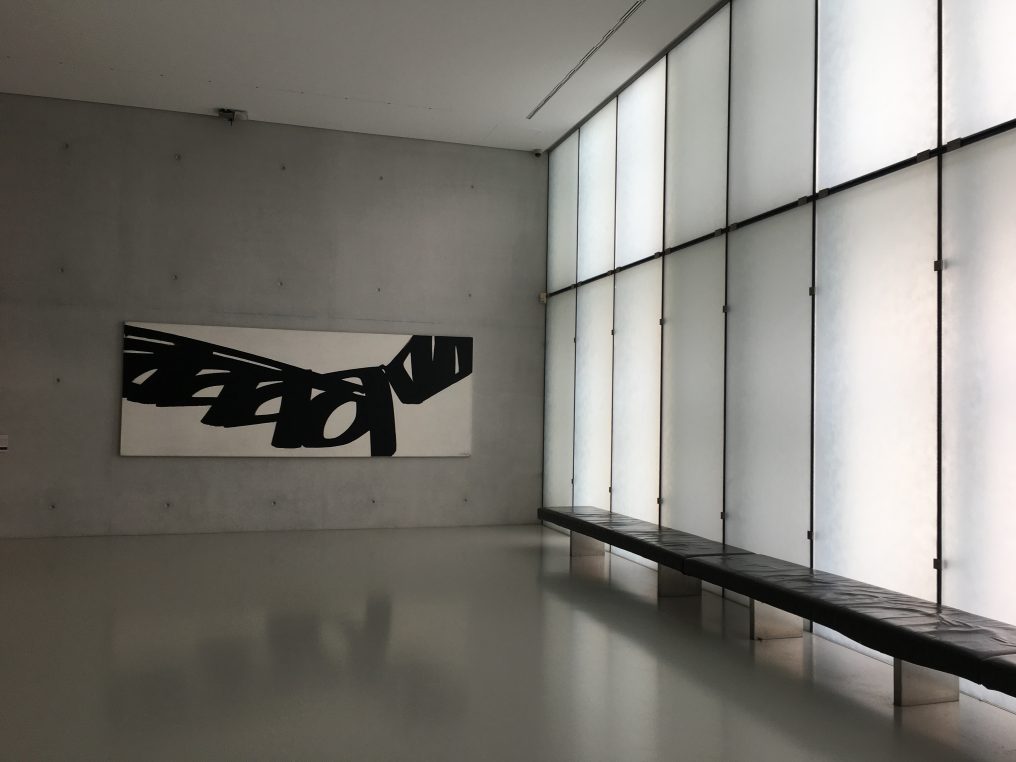 Pierre Soulages donated a number of works to the museum and a superb new wing was built. He just turned 100 on Christmas Day.

François-Xavier Fabre, a student of David, spent most of his life in Italy, after he won the Prix de Rome in 1787. From Naples to Florence where he was protected by Countess d’Albany, he became a society painter and mostly collected a large number of Italian paintings. On his return to France, he offered to the young Museum of Arts of Montpellier to bequeath his collection provided he could live in the museum, which he did until he died in 1837. It was settled in Hotel de Massimilian, an 18 th century house near the Place de la Comédie and was completely renovated and enlarged in 2007 by blp architects, a firm from Bordeaux. Michel Hilaire, its Director since 1992, was himself a student at the French Academy in Rome, and has done a fantastic job. 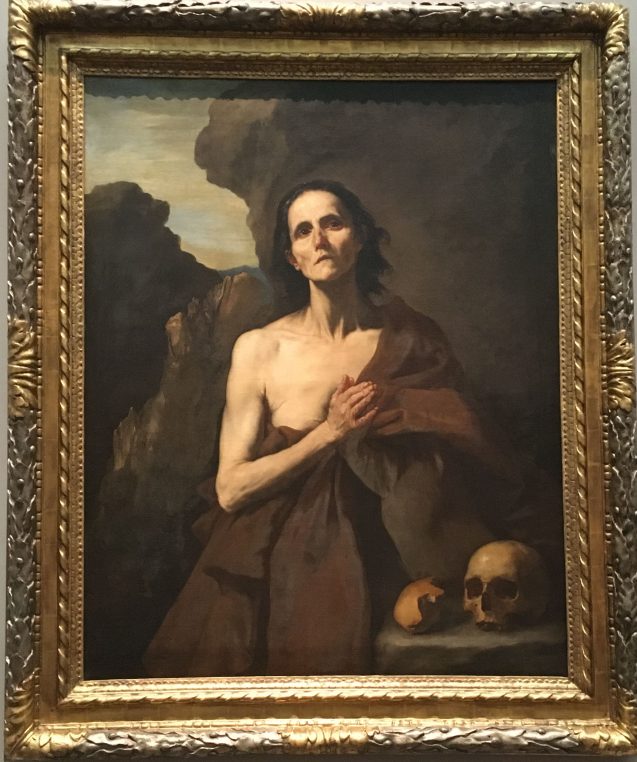 It is easy to get lost in this museum which has two staircases and is divided in two buildings. It reminded me of the Hartford museum where I missed half of the paintings until after lunch time when I asked a guard about the famous frames I had not seen. Don’t be afraid to ask, the numerous guards are incredibly nice and helpful. In each room they volunteer information a rarity in French museums. This general trait, we encountered in both Sète and Montpellier where everyone seemed happy to help. Of course, it is the Midi! the South of France where everyone is more relaxed. 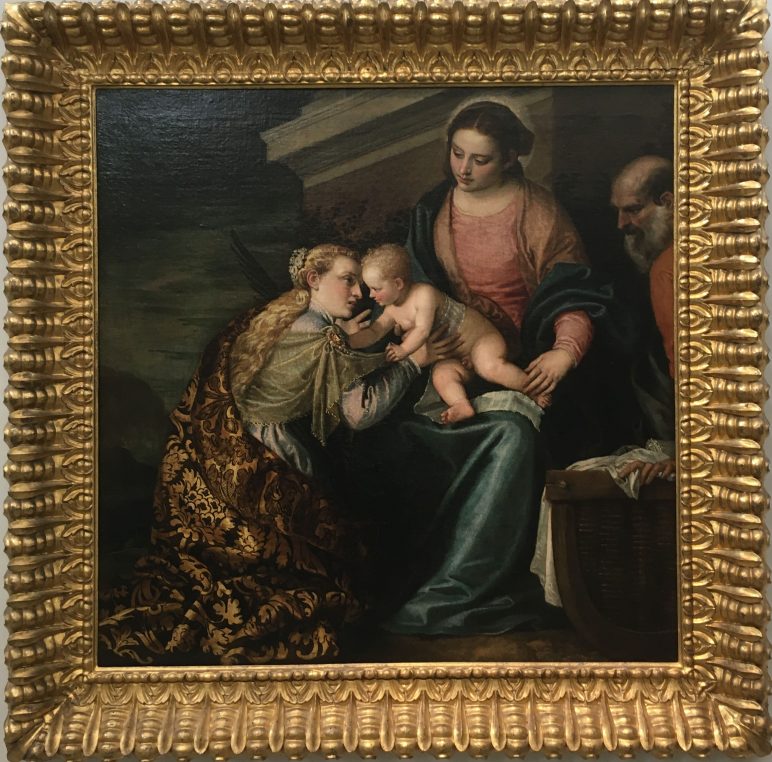 The quality of the collection is absolutely fantastic and there are very few paintings that don’t catch your immediate attention. From the Nordic school on the ground floor to the Renaissance and French 17 th and 18 th century paintings, neoclassicism and modernity, the selection of works is flabbergasting. Alfred Bruyas, a close friend of Courbet, followed on Fabre’s steps and gave a large collection of 19 th century painters some of whom he had supported. Alexandre Cabanel and Fréderic Bazille, two Montpellier painters followed. There is a large room full of Courbet, a smaller space devoted to 20 th century abstract and figurative painters such as Jean Hugo, a sublime Nicolas de Stael and Zao Wou-Ki. 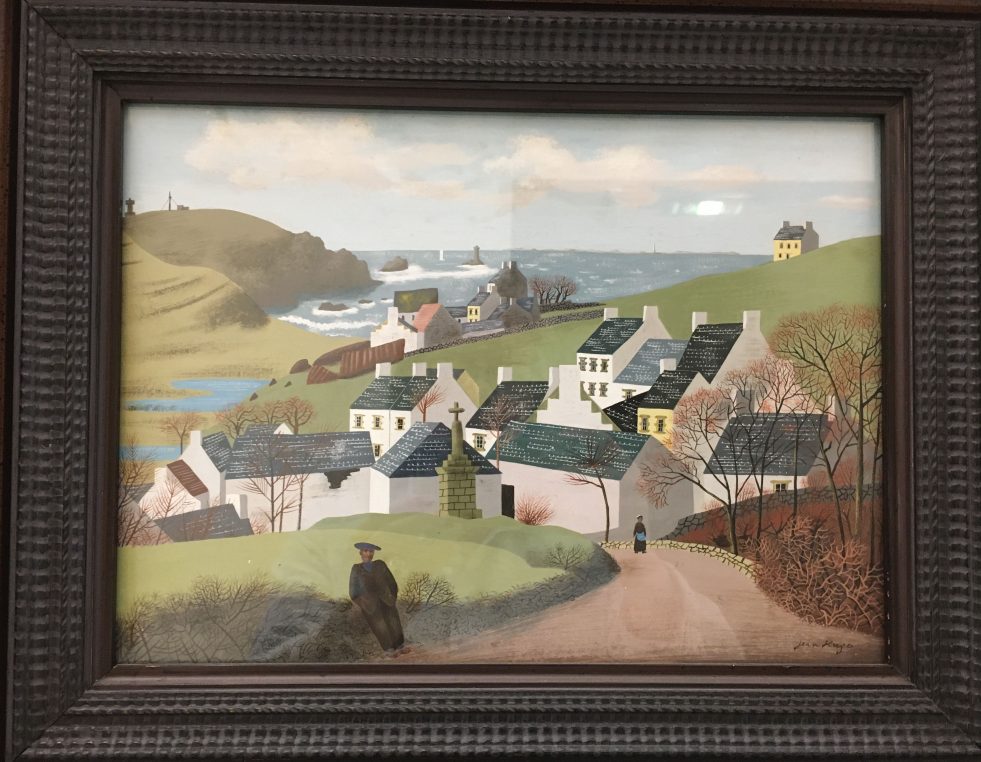 You can spend two hours in the museum without realizing it, watching films on Fabre or Soulages, both local artists! On the way out, you might on a Wednesday, run into the old book fair on Esplanade Charles de Gaulle, or walk around the curved streets that lead you to the cathedral, attached to the very ancient Medical School (founded in 1220) where Rabelais studied, the oldest in the Occidental world.

This is when you can stop for a great lunch or dinner at Abacus, near the Arch of Triumph. It is a tiny place with a very delicate three course menu at 36€. I chose the gravlax and sugar beet and then the pigeon which melt in the mouth. Sea bass comes with mandarine and Jabugo ham. My friend found it a bit too sophisticated but I really enjoyed the dinner till the very end when I had roasted pineapple with cardamon and pineapple sherbet. 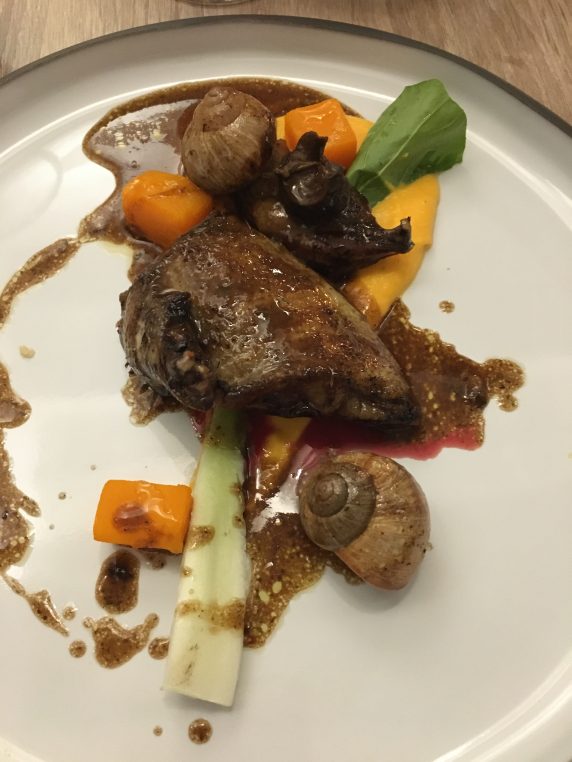 We ended up visiting MOCO, the contemporary art center on the last day. It is conveniently placed next to the train station and has a great garden where we ate outside in the sun, in January! It specializes in exhibiting private and public collections: this month we saw 130 pieces of the “Non conformists- a Russian collection” created by Andrea Erofeev, a determined collector of Russian art between 1960 and 2000. Most pieces were given to him by artist friends who were at the time against the official art. the story of how he created it is fascinating. The collection is now part of the famous Tretyakov gallery in Moscow. 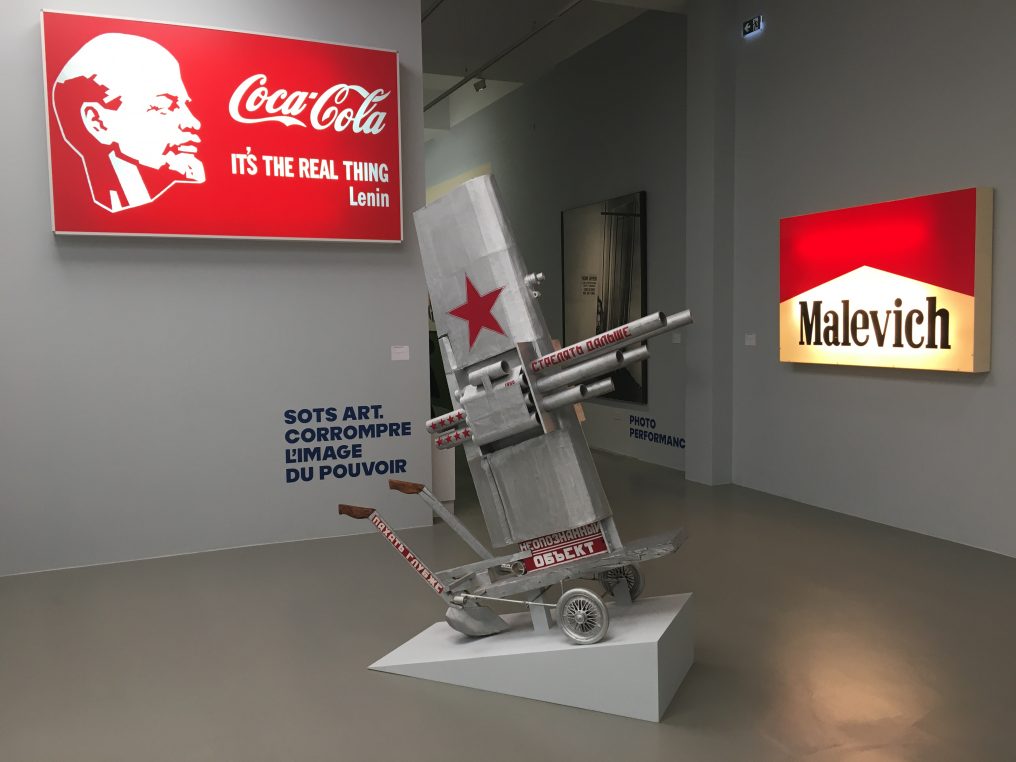 “Sots art” or anti Pop art made in Russia, at MOCO

Again Montpellier is a fascinating town but you might want to get out to the sea and visit the beaches of Palavas les Flots, twenty minutes away. It is well known for being a resort founded as a fishing village in 1850 which became fashionable in the 1920’s. It was sadly and badly built up in the 1960’s and became a very popular resort. But it does have the most fabulous restaurant for sea food, L’Artimon, which you cannot miss if you are in the area. It is a luxurious meal but one that you cannot have anywhere else…except maybe at L’Océan in le Croisic near la Baule, on elf my favorites.

The tribute to Soulages is at Musée Fabre until March 29 and a new exhibition is starting on 18 ht century portraitist Jean Ranc on January 25.

3 Comments on “The Musée Fabre in Montpellier and great food!”