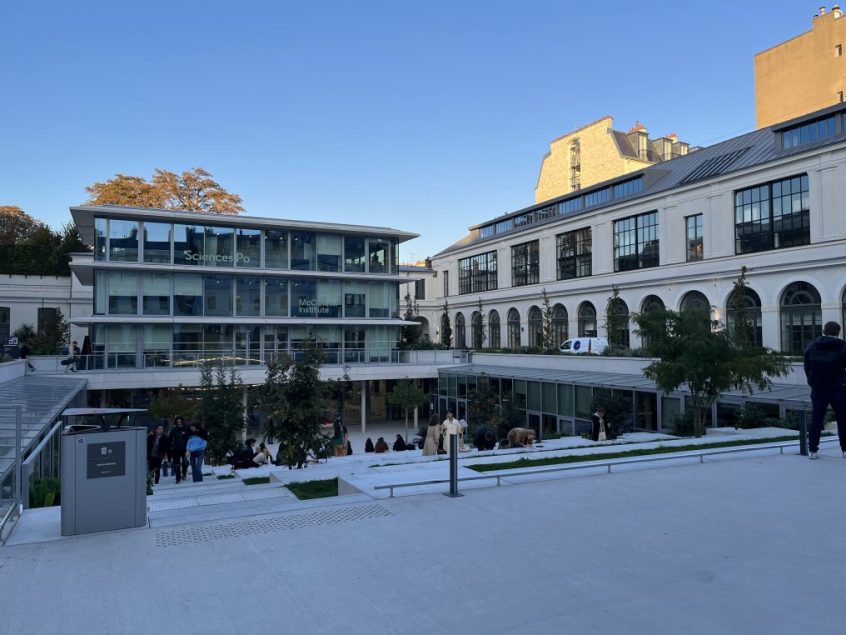 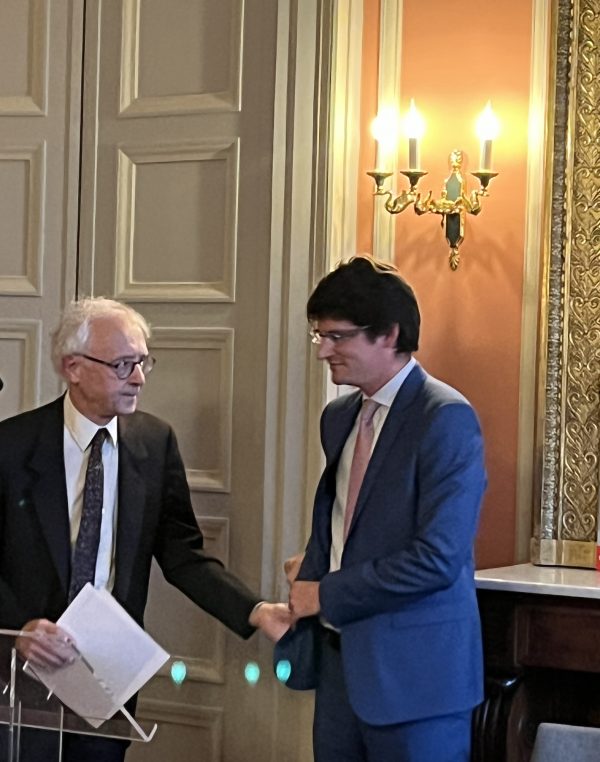 For those of you who are not familiar with Sciences Pô, the Institut d’Etudes Politiques which has formed most politicians, high level civil servants and diplomats in France, it used to be based on rue Saint Guillaume in Saint Germain des Près. In the last twenty years it has become very international and spread out in the whole area of rue des Saint Pères and rue de l’Université and its headquarters were moved last summer, to place Saint Thomas d’Aquin (St Thomas Aquinus), next to the beautiful church. Thanks to the wonderful Prix Emile Perreau Saussine, awarded to a book written by a scholar under 40, I was invited to visit the new gardens and courtyards with sensational modern facilities.  At Bourse du Commerce, the Albanian artist Anri Sala has taken over the space with a visual and sound installation in three different areas. It is both very dramatic and very uplifting. 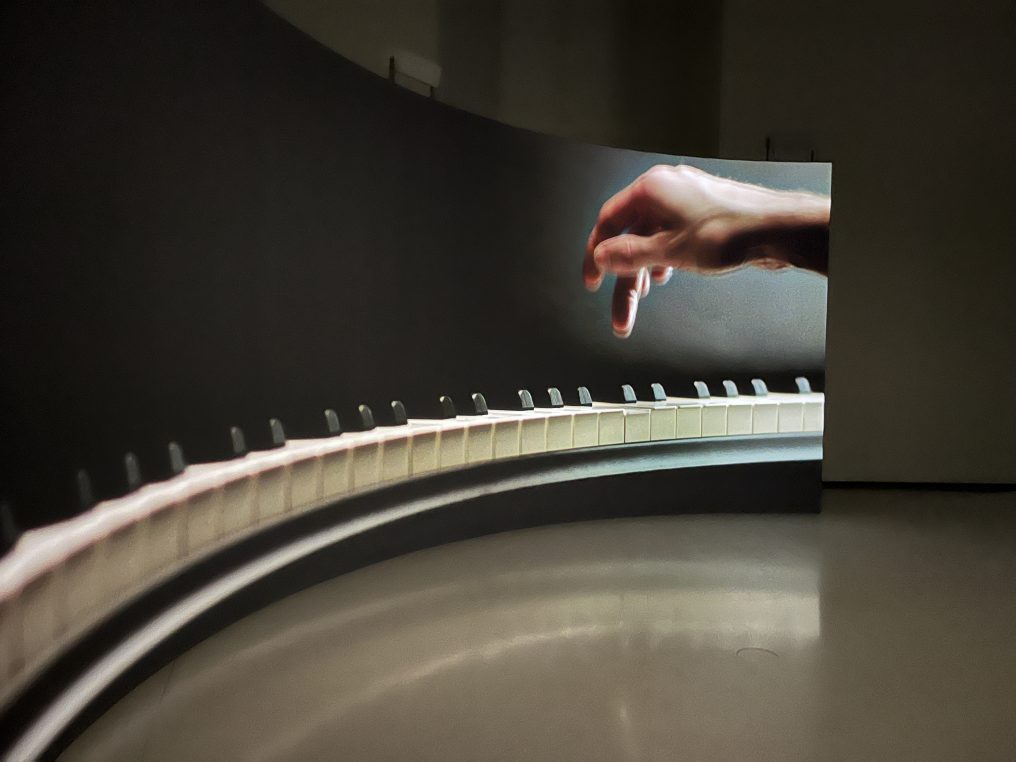 The beautiful Bourse du Commerce restored by François Pinault to house his collection of contemporary art, was at its best in the autumn sun for the opening of Anri Sala‘s exhibition of videos and sound. He makes the space resonate with music and an immersive film installation follows the circular space of the large Rotunda. “Time No Longer” shows a weightless turntable rotating on its axis into the International Space Station. The needle on the record broadcasts fragment passages of “Abîme des Oiseaux” from Olivier Messiaen’s “Quarter for the End of Time”. In another room, “Take over” is shown on two large screens while downstairs, in the auditorium, we are transported to Sarajevo, to the rehearsal of Tchaikovsky’s “Pathétique” symphony during the 1395 day siege of the city, and we follow one of the musician’s ordeal journey through town. The show  is overwhelming. 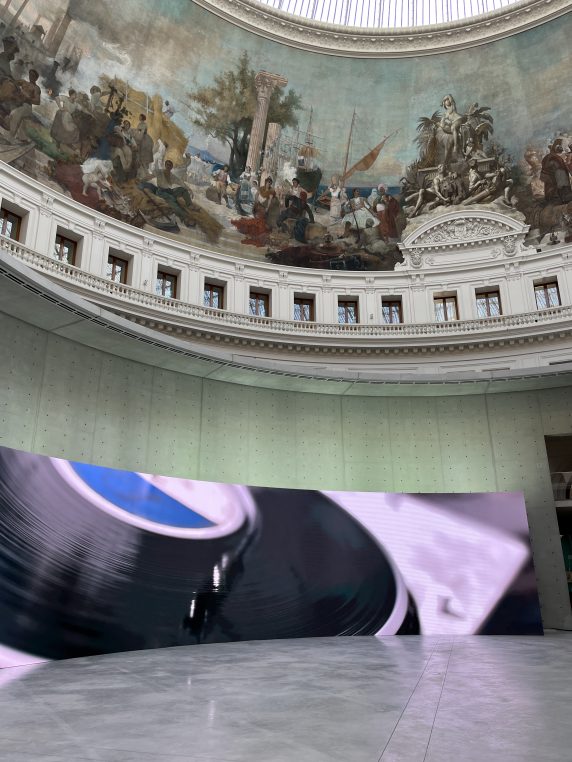 In a way, Maxence Brischoux’s book “Le Commerce et la force ” deals with the same themes of war between the people when he argues that, versus Montesquieu’s philopshy,  economy and trade cannot tame conflicts anymore. After a welcome speech by the young and dashing director of Sciences Po, Mathias Vicherat, underlying the adequacy of St Thomas Aquinus with today’s Prize, Professor Pierre Manent spoke about the excellent book published by Calmann-Lévy. With Philosophy, history and geo politics, Brischoux explains why trade cannot solve conflicts anymore if there isn’t a political will. One example being China’s economic relations with the rest of the world.

Maxence Brischoux is an alumni of Ecole Nationale d’administration and has worked both at Quai d’Orsay and at Bercy, the ministry of Economy. The Prix Emile Perreau Saussine was created eleven years ago by Marie Christine Perreau Saussine after her brilliant son Emile (1972-2010) died of a heart attack at 38. He was a professor of Political philosophy at Science Pô and at Cambridge University. 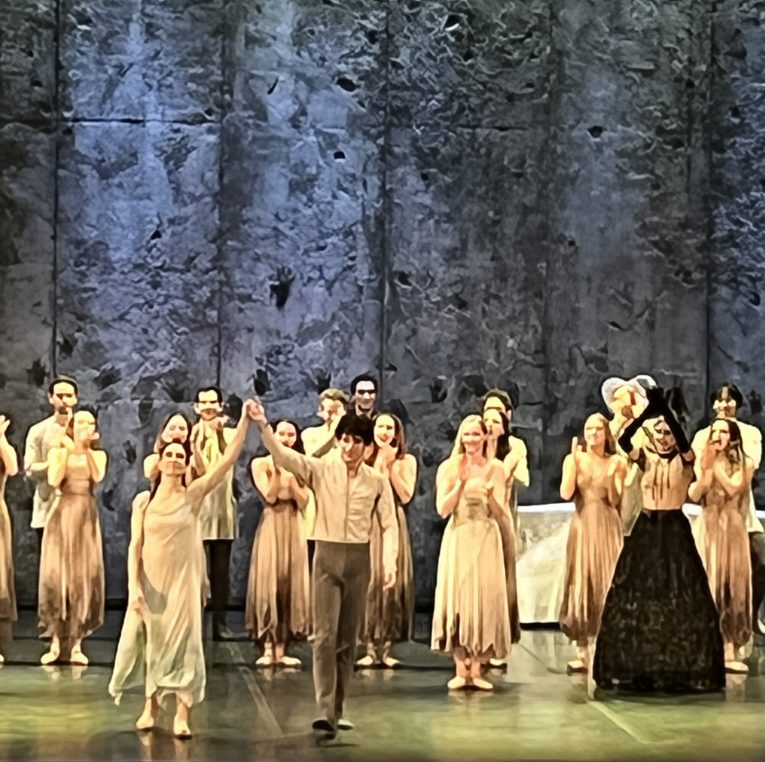 At 48, the Spanish ballerina Tamara Rojo chose Théâtre des Champs Elysées to retire from the stage after being Artistic director of the English National Ballet. She is taking up the artistic direction of the San Franciso ballet where her partner, the Mexican Isaac Hernandez will also move and join his bother Esteban who is already a principal dancer there. She chose “Giselle” choreographed by Akram Khan and Act 2 was the perfect farewell piece for this couple (on and off stage), who delivered a moving and romantic duo. Their 18 month old son Matteo came on stage with them at the end and seemed perfectly confortable running around. Stina Quagebeur, an extraordinary dancer and a choreographer, was retiring from stage at the same time. It is wonderful that they chose the TCE, where the Ballets Russes performed in 1913, and Paris to make their last bow. Let’s bet that Tamara Rojo will give a new European impulse to the San Francisco ballet where she starts in December. (Next at TCE is Haendel’s Ariodante, Offenbach’s La Périchole  and Massenet’s Herodiade)

One Comment on “The new Sciences Pô gardens, Anri Sala at Bourse du Commerce and Tamara Rojo at TCE”