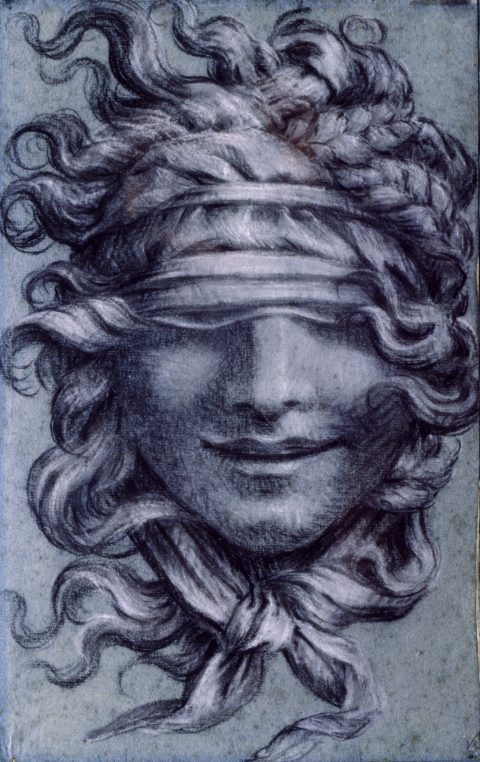 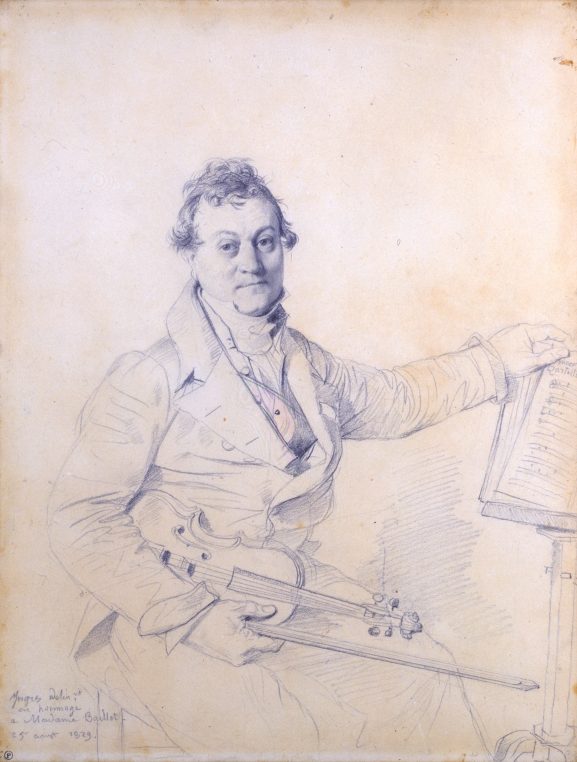 There was a series of opening parties planned on March 20-22 for “La Force du Dessin” (In the Drawing room), the exhibition of three centuries of French drawings, patiently collected since 1976, by Louis Antoine Prat, who worked with Pierre Rosenberg at the Louvre for forty years and his wife Véronique, an art critic for Le Figaro Magazine. The timing was carefully organized to match the Salon du Dessin, where curators from the entire world converge to Paris at the end of March. Sadly it had to be postponed and I was particularly excited to see it as my first exhibition after lockdown, at Petit Palais, the museum transformed by Christophe Leribault into a temple of aesthetic pleasures. 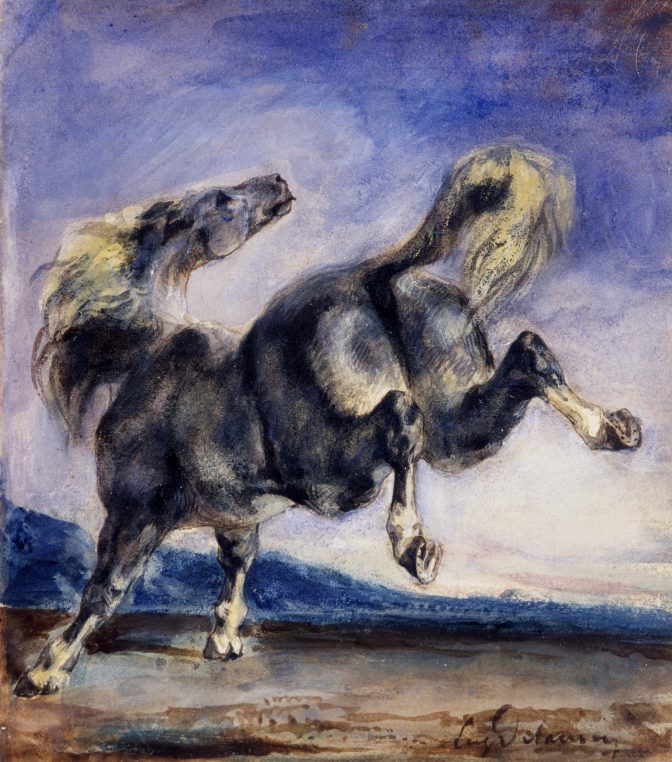 When you enter the lower floor there is a feeling of shyness:” Am I going to understand and enjoy these very refined drawings collected by two art historians, the first private collection ever exhibited at the Louvre?”. I have to admit that some of the 17 th century artists, Laurent La Hyre, Jacques Callot, Eustache Le Sueur… are less attractive to me than the 18 th century Charles Natoire, François Boucher or Antoine Watteau and when you walk from the red room to the blue room (the colors red, blue, green, define the centuries from 17 th to 19 th) there is an immediate sense of relief. There are 184 drawings in the show and they represent more than three quarters of the private collection hanging on the walls of the Prat’s apartment. Because, as opposed to many drawings collectors, they don’t hide them in drawers! 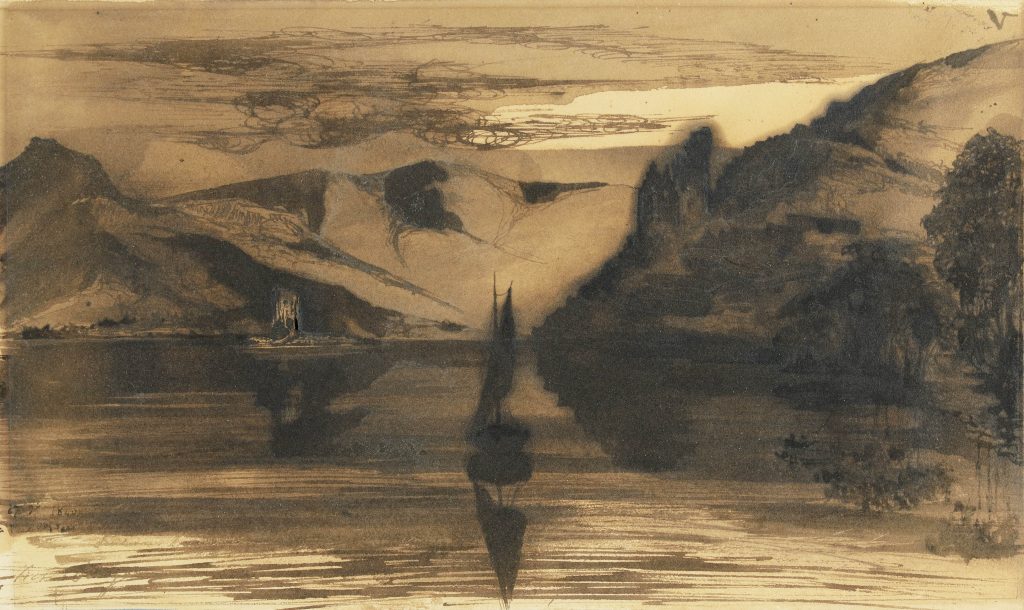 “We have no country house and no car, all our money goes into drawings” said candidly Louis Antoine Prat, who has already given a number of works to the Louvre (of which he is President of the Friends) and now two beautiful drawings to Petit Palais, a large Isabey and a Merson. When he talks about his collecting skills, he mentions the importance of “hasard” (chance) and having good connections with dealers. His first funds came from the sale of a house which belonged to his father in the late seventies.  But since the Getty opened in the 1980’s it has been more difficult to acquire serious drawings in auctions. American collectors like Jeffrey E. Horvitz and Leon Black, all compete and raise the prices. His in depth knowledge of French drawings though, enables him to make new discoveries among anonymous works with limited funds.

Pierre Paul Prud’hon , “Psyché kidnapped by the Zéphyrs”, was aquired in 1978

I had already seen part of the collection at Fondation Bemberg in Toulouse in 2017, but here, in the large space, it takes all its gravity. If I was shopping for myself, I would probably pick the “Lady’s head in profile” by Simon Vouet and the one by Greuze, the “Christ’s head” by Charles de La Fosse (for his hippie look), the “Communion in Rome” by Ingres with its pleated costumes, the “View of Villa d’Este” par Jean Pierre Houël, Edmé Bouchardon‘s “Athlete dompting a bear” for its sexy look and the costume study of “Phaon” by Gustave Moreau. 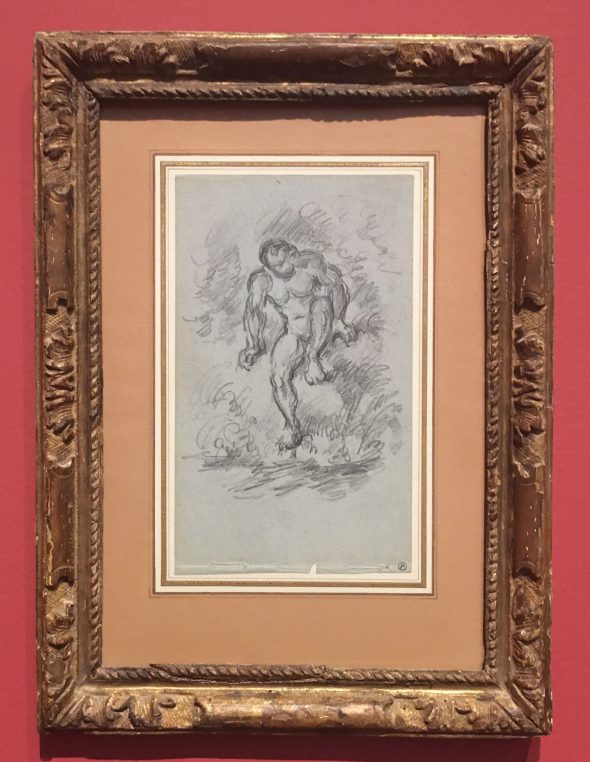 Wandering around the exhibition becomes a treasure hunt once you have decided not to be intimidated and I loved discovering the details of Louis Jean Desprez‘s “View of the Coliseum” with its extraordinary little ladies taking confession in front and its lovers flirting on the right. The details of the religious processions and the Roman ruins are reminiscent of Piranese and the painting hangs next to the most recent buy by the Prats at Hôtel Drouot, “A project for a fountain”, anonymous, which Louis Antoine identified as being by Ennemond-Alexandre Petitot. 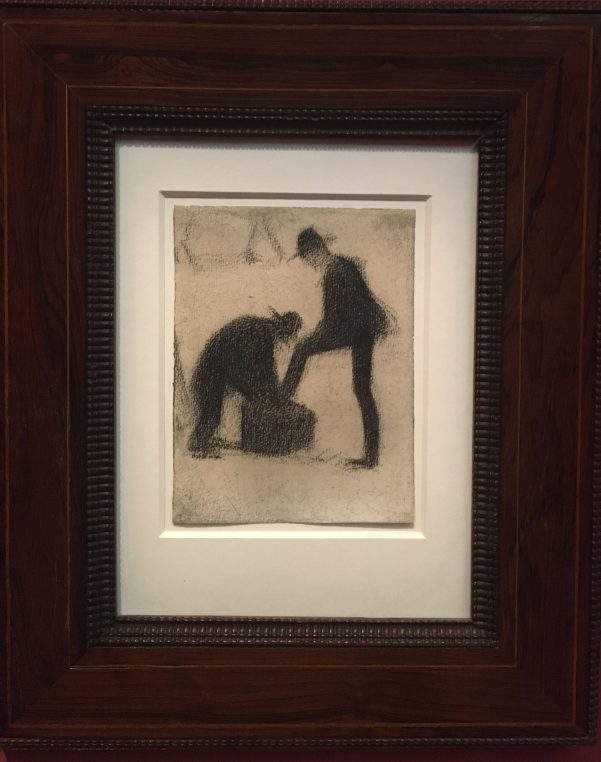 If the exhibition feels so intimate, it is partly due to the fact that each drawing is framed differently. Some were replaced, others came with the works, but there is a feeling of being at home with the very personal taste of the owners. There are two Poussin in the first room, probably the most exceptional pieces, four David, seven Paul Prud’hon including the sexy “Psyché” and six Ingres. The 19 th century also reserves some wonderful surprises like the three Seurat and five Cézanne and a very special sanguine by Toulouse Lautrec. 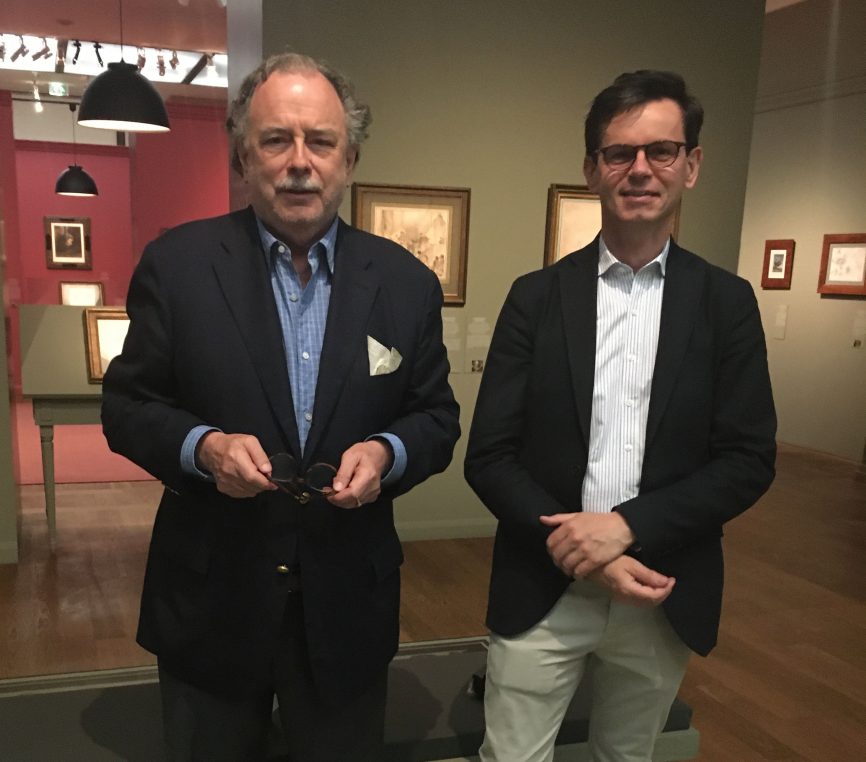 Louis Antoine Prat, the collector and Christopher Leribault, the director of Petit Palais, met years ago while working together in the drawing department at the Louvre

The scenography by Alain Batifoulier and Simon de Tovar is a great success.

Each acquisition has its own story and you can read in the catalog, the provenance of each piece and what it stands for. There is a fun discussion between Pierre Rosenberg, Christopher Leribault and Louis-Antoine Prat, remembering their finds at Hôtel Drouot over the years. (La force du Dessin, Chefs-d’oeuvre de la collection Prat, Paris Musées, 49,90€)

The exhibition is open until October 4 by reservation only, 200 visitors at a time. The collections of Musée du Petit Palais are open and free without reservations.

One Comment on “The Prat collection at Petit Palais, what a treat!”