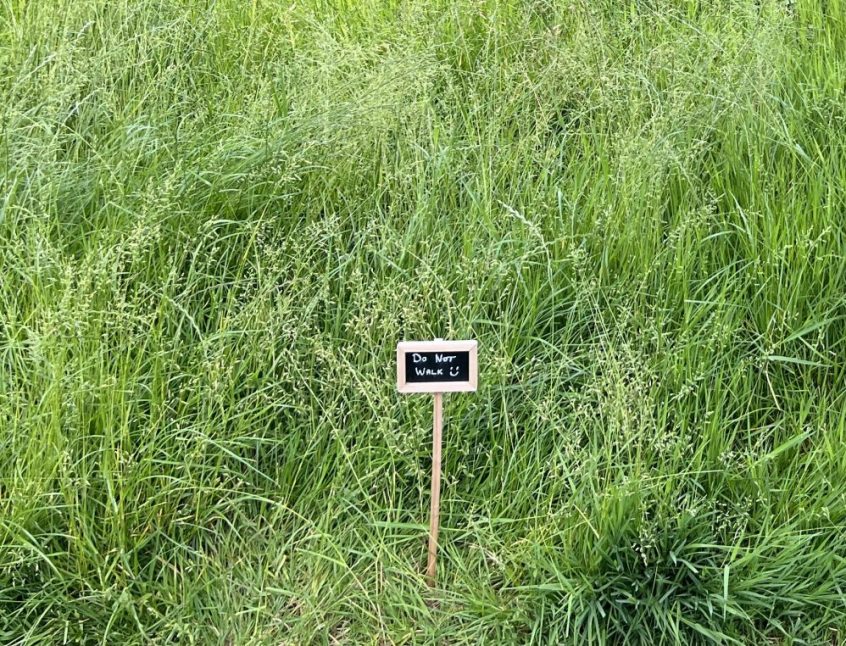 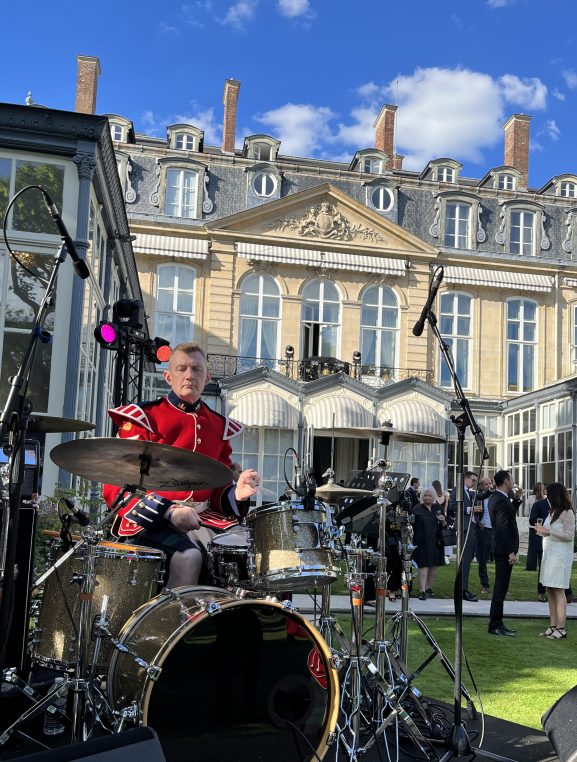 Jazz at the British Embassy with the Scottish regiment

Attending the Queen’s platinum jubilee’s party at the British Embassy was a true joy, especially since the weather was perfect, the lawn was mowed just high enough so that we would not feel we were killing it and the staff was totally charming including the young boy and girl scouts from Bougival who were serving hors d’oeuvre. Dame Menna Rawlings, the Ambassador, and her husband Mark, were dutifully saying hello to thousands of guests and the Royal regiment of Scotland was playing jazz  from 6.30 onwards. I immediately rushed to the garden, drank a Pimm’s, my secret passion, and ran into Robert Carsen who was studying the Scottish regiment’s uniform for his next opera of Bellini’s The Capulets and the Montagues at Opera Bastille in 2023. 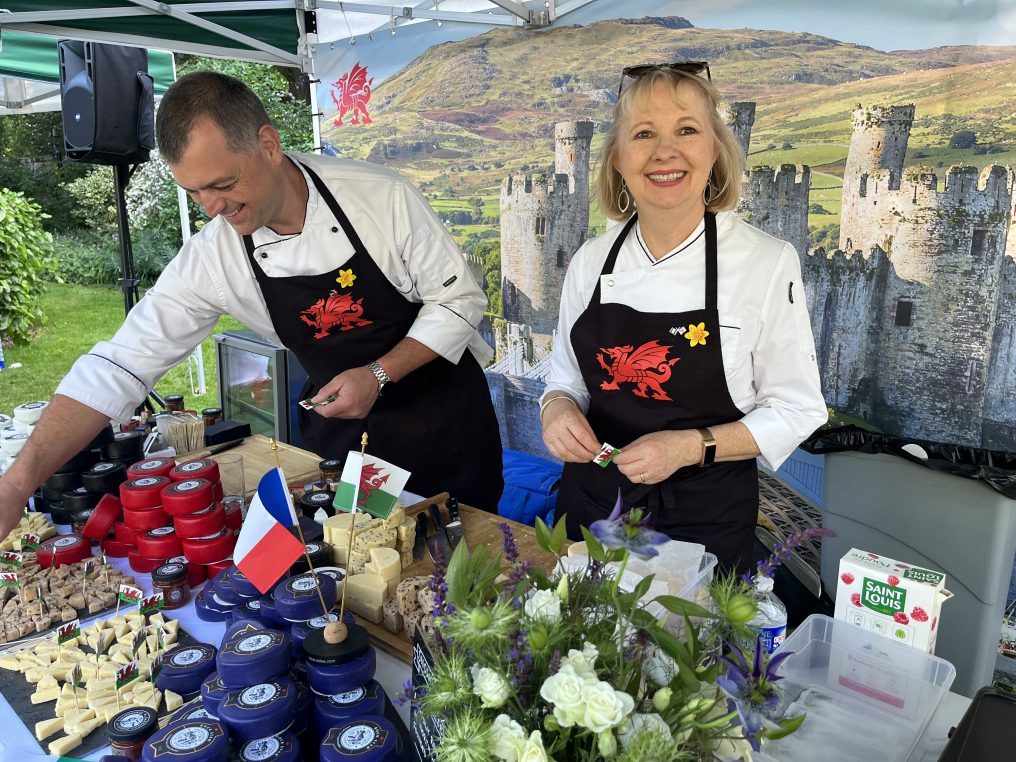 Wales was well represented with cheese and cakes

The long line on rue du faubourg Saint Honoré was a way to meet the tear guests, mostly British from what I gathered while teh ambassadors and officials could go in through the garden entrance on avenue Gabriel. All the food was British and coming from Wales for the lamb, whisky and gravlax from Scotland, gin from Harris Island, cheese from Cornwall, oysters from Northern Ireland and Neal’s Yard Dairy in London. One exception was the rosé from Provence. The invitation was full o fhiumor, do not bring suitcases, nor stilettos since the lawn is well aired already… 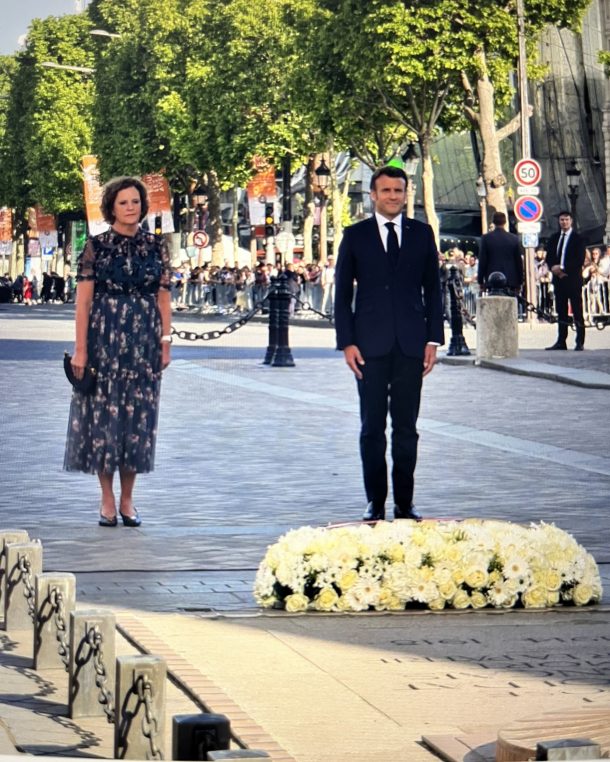 The next day another glamorous moment was awaiting me. I met Patricia Kelly, Gene Kelly’s widow, who was 26 when they met in Washington, D.C. on the shooting of a documentary for the Smithsonian. Raised in Latin America and Colorado by a father who was a botanist and studied the Alpine tundra, she was writing a PHD on the American novelist Herman Melville at the University of Virginia and had no idea who Gene Kelly was. His career as a dancer, choreographer and film director was already behind him but his celebrity was huge. They worked together for seven days on the documentary and fell in love, later got married. She taped her memoirs every day until he died in 1996 at 84 and has since acted as his biographer and executor. 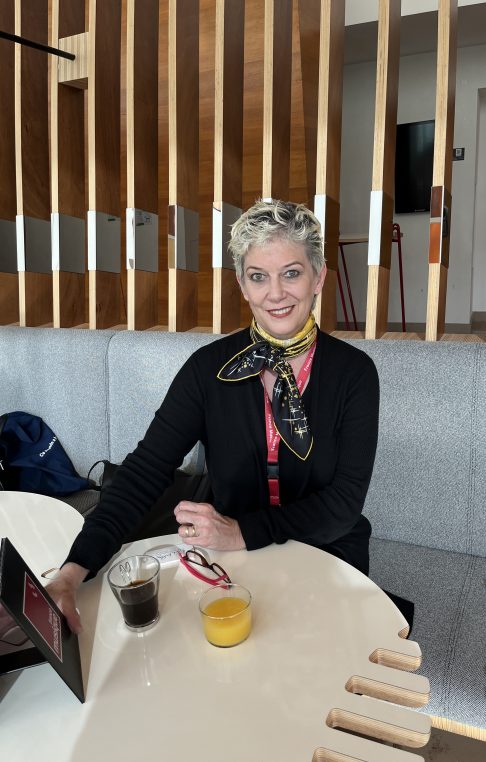 When Marc Voinchet, director of France Musique (who is a fan of musicals and film), met her three years ago, he immediately conceived a collaboration. At Radioeat, the lovely restaurant of Maison de la Radio, she was presenting a summer with Gene Kelly, a series of eight hour broadcasts “Gene Kelly and I” (in French) which will be aired every Sunday morning at 11 am on France Musique. She is so smart and fun and unpretentious that you want to become her best friend immediately. She is also a beauty. She came to Paris from L.A. and is spending the year celebrating the film “Singin’in the Rain’s” 70 th anniversary. 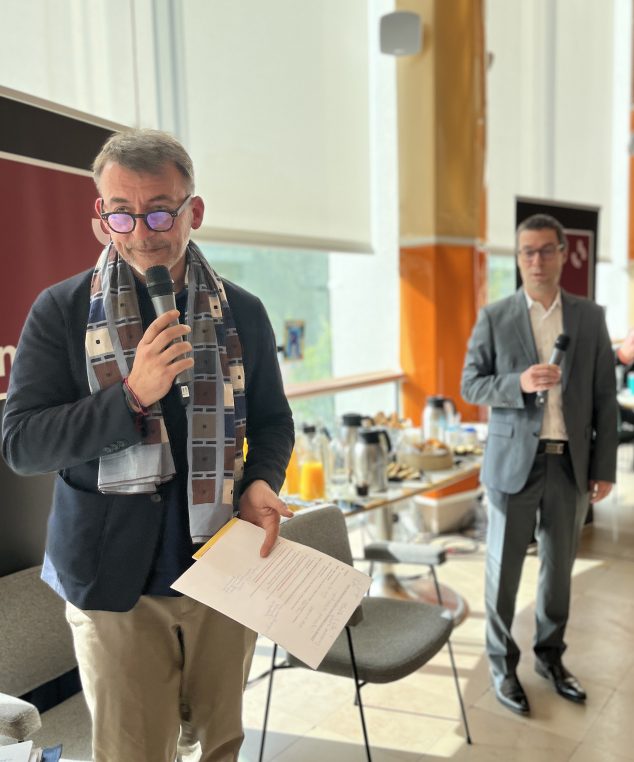 The whole summer will be a feast with tdhe retransmission of all the music festivals, Aix en Provence, La Roque d’Anthéron, Montpellier, Salzburg and Bayreuth.  But also with a series of “The Fabulous destiny of Misia Sert” with Julie Depardieu, the tenor Benjamin Bernheim, whose great grandfather was a producer at France Musique, will entertain us every Sunday from 4 to 5.30 pm and Lionel Esparza will tell the story of Glenn Gould after publishing a short life of Stravinsky. 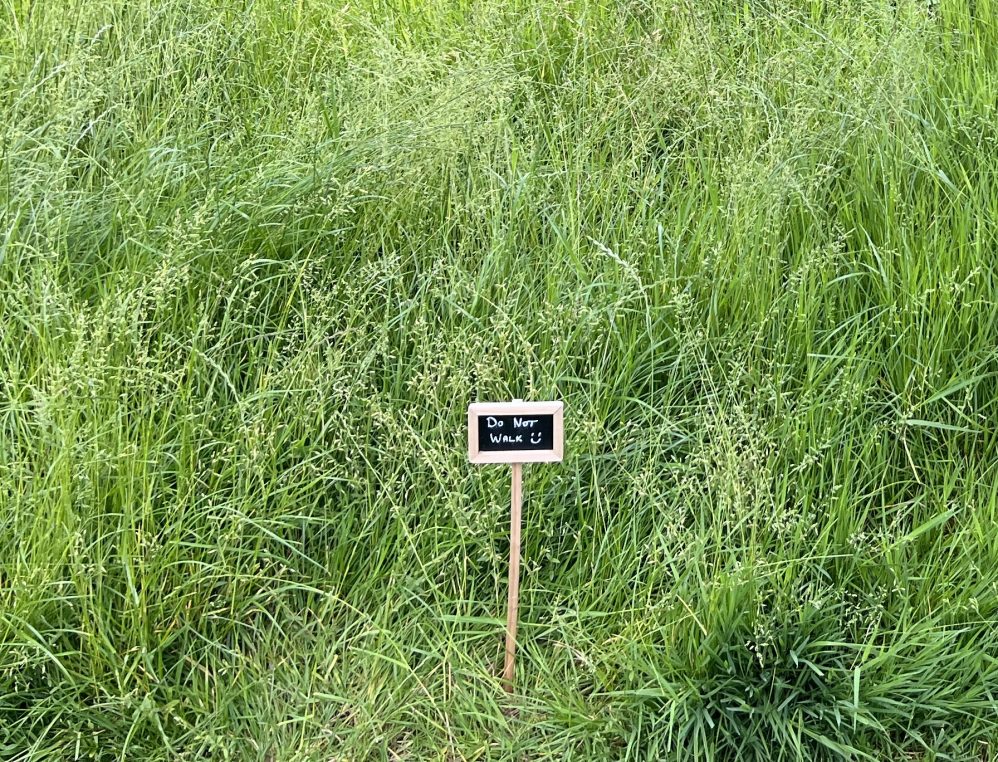