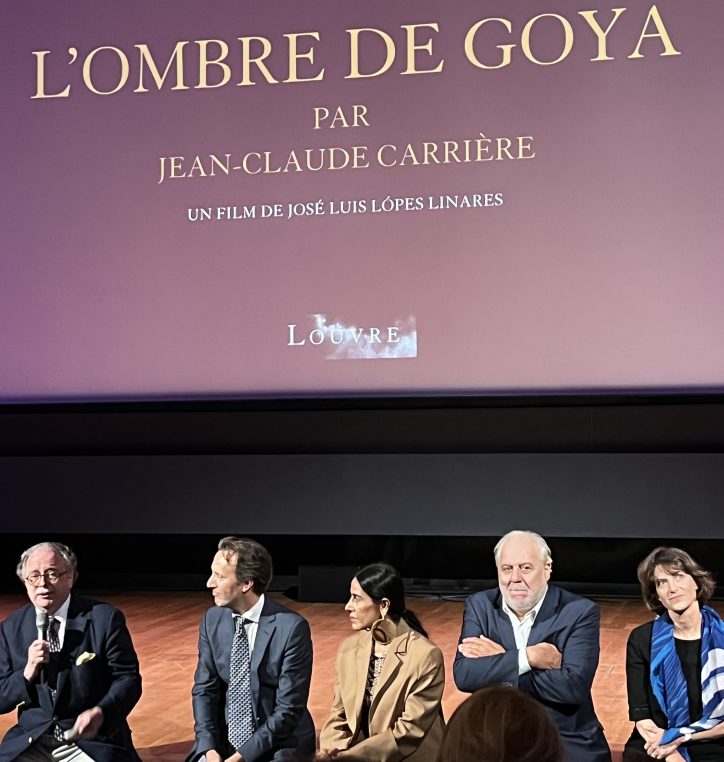 For some reason there are many galas this month at Musée d’Orsay in the Munch exhibition,  at the Palais Royal for the Friends of Chantilly, at Cercle Carpeaux for the Académie de l’Opéra National de Paris, and they are all fun. “Les Amis du Louvre“, organized a screening of the wonderful film “l‘Ombre de Goya” (Goya’s shadow) in the Michel Laclotte auditorium designed by I.M. Pei. The atmosphere was  electrical with Jean Claude Carrière’s beautiful widow Nahal, presenting the film with Louis Antoine Prat, Sébastien Fumaroli and Charlotte Chastel-Rousseau, curator of Spanish paintings at the Louvre. The film which comes out in theaters on Wednesday 21, is about the modernity of the 18 th century painter who inspired Luis Buñuel, Julian Schnabel, and so many artists. The director José Luis López-Linares, a three time winner of the Goya Prize,  followed Jean-Claude Carrière in Goya’s little village in Aragon and in Madrid at the Prado and San Antonio de la Florida, with appropriate music and the interviews of a doctor who spoke at length about Goya’s deafness. “When you are deaf you hear with your eyes”, he said and this could explain some of the deep eye portraits of the master. Through Carrière’s conversation, we enter the intimacy of the painter’s genius. Julian Schnabel is interviewed at length which adds groove to the film. A tribute was also paid to Jean Luc Godard whose death had been announced a few hours earlier. 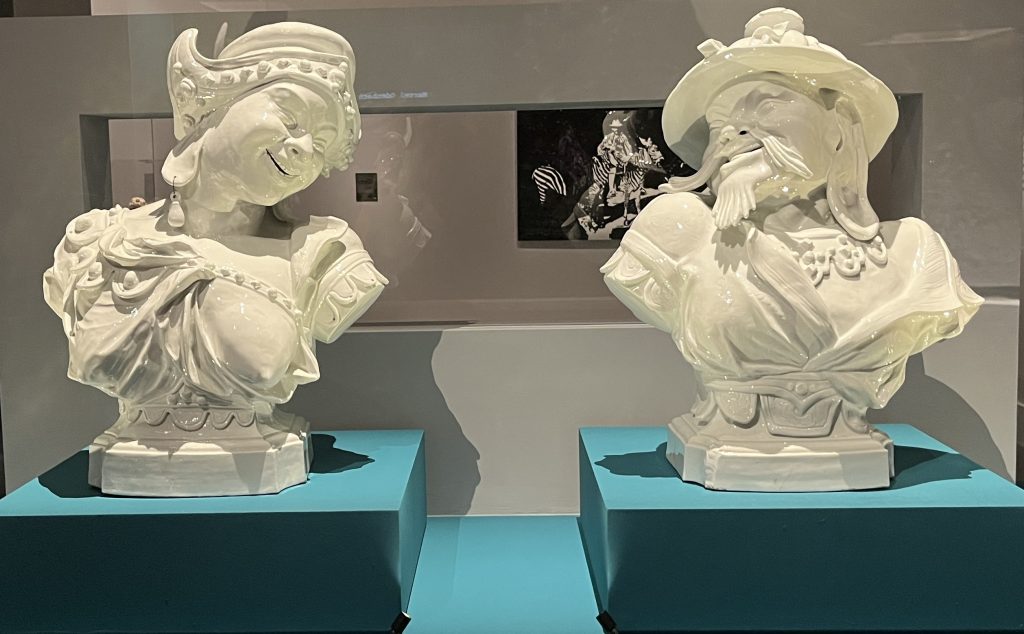 At Musée du Luxembourg, “Miroir du Monde, chefs d’oeuvre from Dresden” is very disappointing. There are beautiful precious objects similar to those we see at Galerie Kugel‘s but they are presented in such disorder and mixed with mediocre contemporary works, that the impression is disastrous. This sublime collection would have needed a very intimate decor like the Al Thani space at Hotel de la Marine. Of course I am spoiled because last year’s exhibition of Dresden porcelain versus Chantilly’s  was so magical and beautifully decorated by Peter Marino that this one does not compare. Plus, I was particularly irritated by the constant reminder that ivory is not politically correct anymore. Who cares when the pieces are among the most beautiful artifacts in the world? 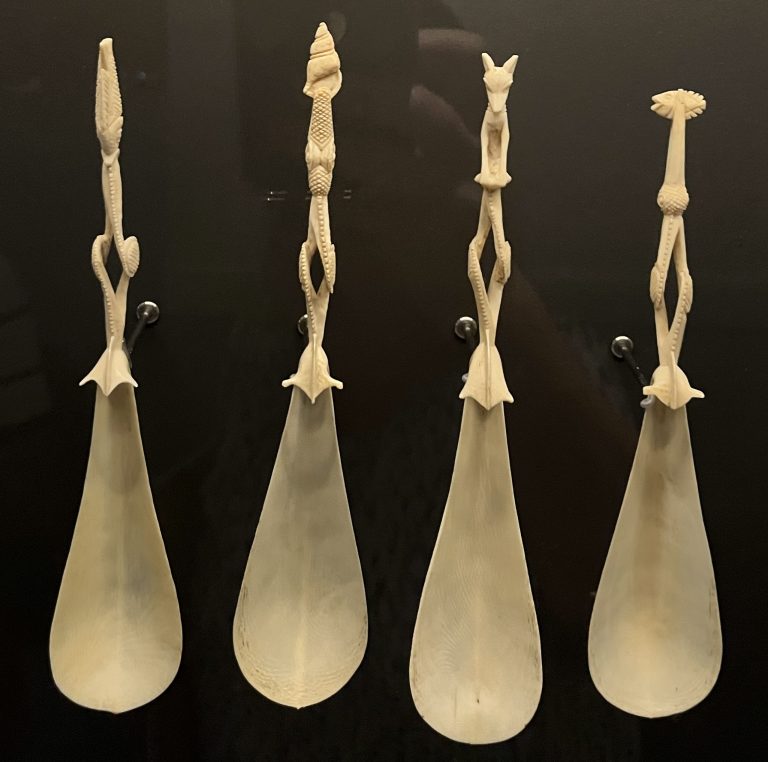 The faubourg Saint Honoré was festive for the Nocturne Rive droite event when forty galleries opened late on the 14th of September. Giovanni Viola‘s pastels of Sicilian life were pretty at Eric Coatalem. At Galerie de la Présidence, Florence and Françoise Chibret were showing  a largevieux o Collioure by Henri Martin and a rare Geer van Velde. At Galerie Sarti, a “Cleopatra’s death” by Artemisia Gentileschi is stunning. But the real surprise was  at Françoise Livinec‘s new gallery at 30 rue de Penthièvre with Julie Béasse, a young graduate from Rennes’ Ecole des Beaux Arts, who works part time for the famous Sennelier color shop. There, she met one of my favorite artists, Loïc Le Groumellec, a fellow Breton like her, and they started exchanging ideas on each other’s work. Le Groumellec introduced her to his gallerist Françoise Livinec who gave her her new unfinished space for a month. 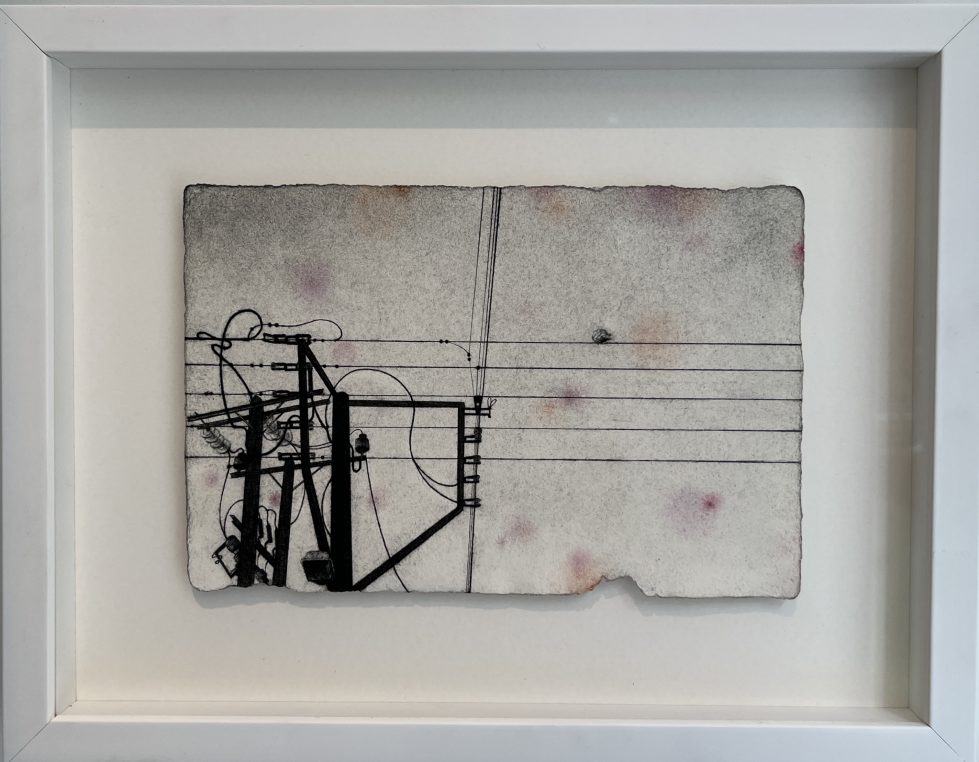 The young artist likes to be the scenograph of her own shows. Her work uses classical medium like pastel and papier d’Arche but she is influenced by pop artists and her intensity is great fun. I was impressed by her monotypes but also by the sculptures she made with Compagnons du devoir, which represent combs and other feminine clips, but on a huge scale. This show gave a young and hopeful note to the fairly classical evening of the right bank galleries.

Don’t waste your time at “Venise Révélée” the new immersive Grand Palais space hired by the RMN (Réunion des Musées Nationaux) from the Opéra Bastille. Why would the French Museums want to emulate Culturespaces, who have transformed famous paintings into sound and light events in their Cathédrales des Lumières? They are showing at the moment a “Venice, from Canaletto to Manet” in Bordeaux. Is it the French museums’ task to imitate private operators in the arts? With the bad excuse of wanting to bring culture to everyone? Adrien Goetz brilliantly criticized this phenomenon in 2018, in Le Figaro  with his article, “Klimt en kit et en toc”. Why does the RMN not read him? 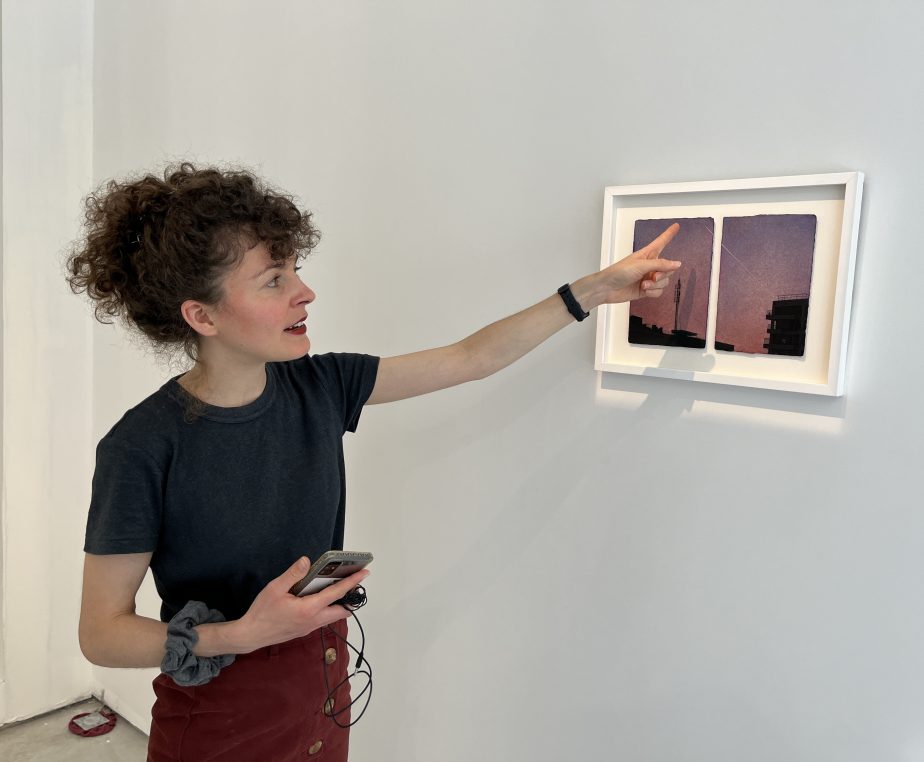 Julie Béasse explains the technique involved in her pastel monotype

I was lucky to have dinner at Hotel de Guénégaud with members of the Cercle Carpeaux which sponsor young singers from l’Académie de l’Opéra National de Paris, run by Christian Schirm. My neighbor was the charming and super talented Andres Cascante, a Costa Rican baritone who will soon make a name to himself. This year’s promotion is incredibly international and includes a Turkish and a Ukrainian soprano, a British tenor and only one French bass Adrien Mathonat. They will give a one hour concert at Opera Bastille’s auditorium, this Wednesday 21… The same evening starts the series of Gluck’s “Orfeo ed Euridice” performances at Théâtre des Champs Elysées. The short opera directed by Robert Carsen is incredibly beautiful and moving with Jake Józef Orliński and Regula Mühlemann. A pure pleasure both musical and visual. (Until the 29 th of September) 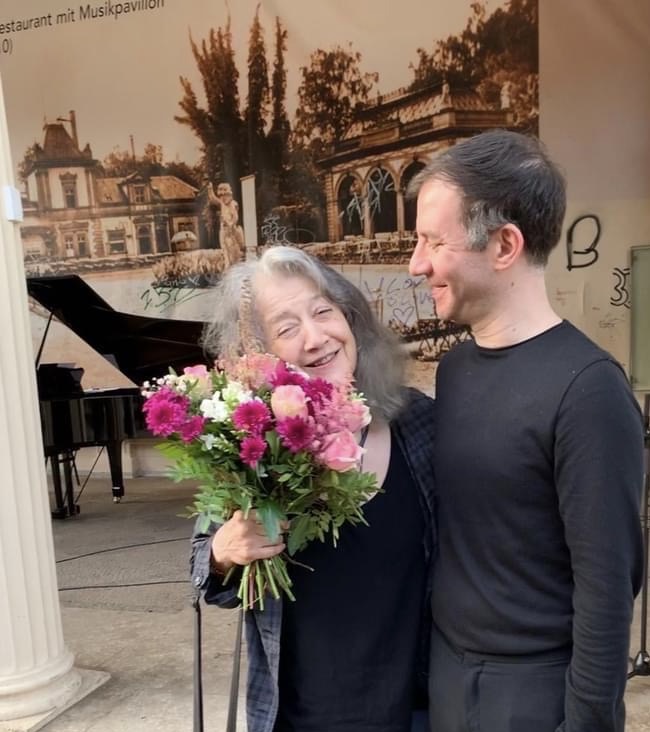 Martha Argerich and Iddo Bar Shaï in Berlin. She will play in Chantilly the week end of September 30

And the cherry on the cake is the music festival in the Stables of Château de Chantilly, “Les Coups de Coeur “under the patronage of Prince Amyn Aga Khan and directed by pianist Iddo Bar-Shaï. From September 30 to October 2, Martha Argerich (who celebrated her 80 th birthday there in May 2021), brings her friends Mischa Maisky, Stephen Kovacevich and Edgar Moreau… On Saturday and Sunday at 11 am, the concert will take place in the Galerie des Peintures, a double treat.

So much to do and so little time…

4 Comments on “To do and not to do this week”