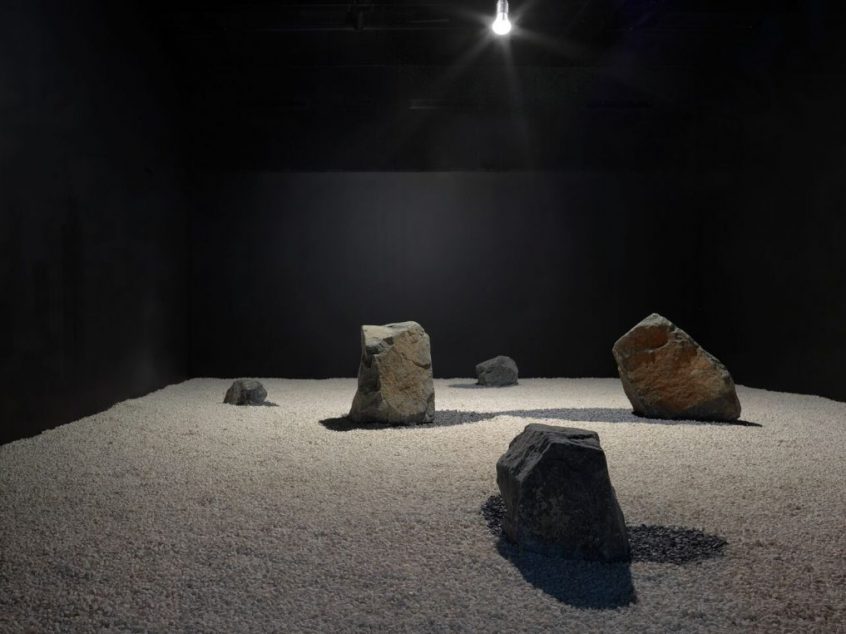 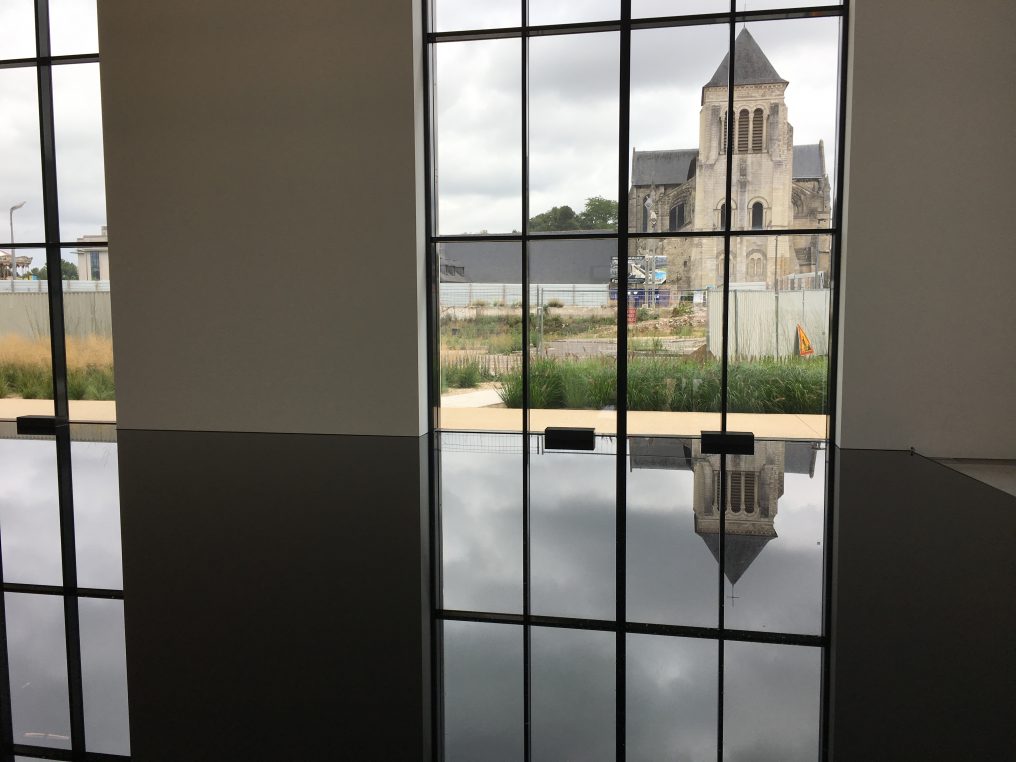 Per Barclay, Oil Chamber allows outside buildings to reflect into La Nef

I met painter Olivier Debré in the 1980’s when he was teaching at the Paris Beaux Arts school and was exhibited at Daniel Templon gallery. Henry Racamier, then President of Louis Vuitton, had commissioned a stage curtain for the Hong Kong Opera from him. And he was always the sweetest and an incredibly modest artist. Since his family lives near Tours, the city has decided to build a center for contemporary creation (CCCOD) wiht his name attached to it and the new building is successfully designed by Portuguese architects Manuelo and Francisco Aires Mateus. 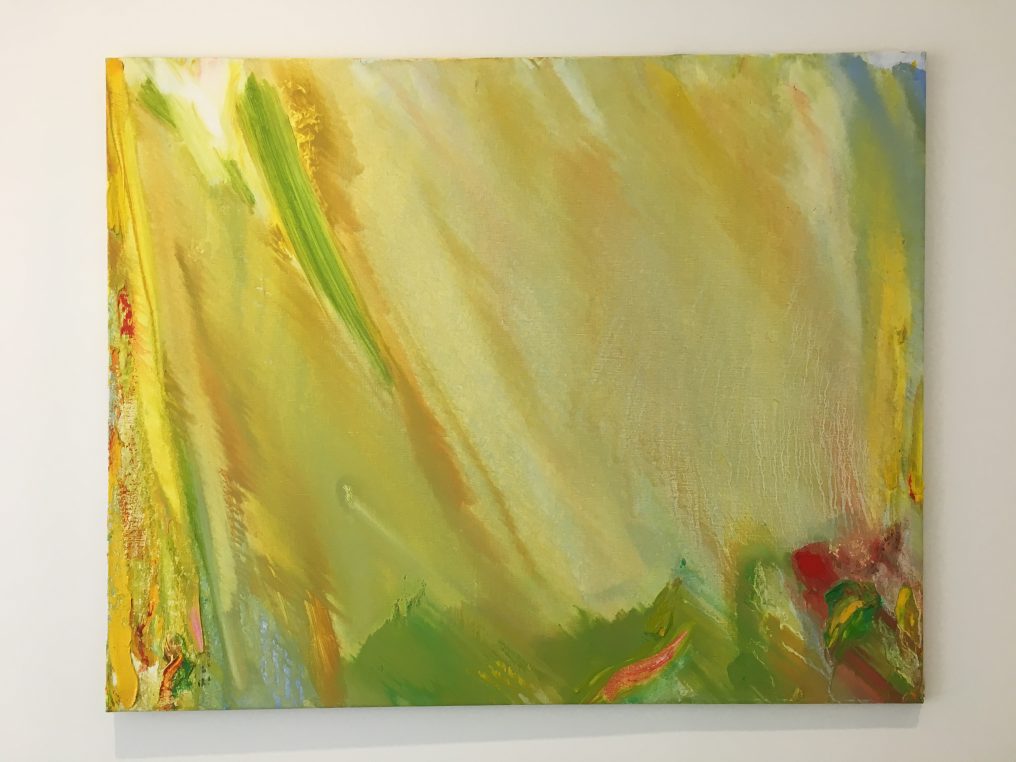 With the 300 sq meter Nef open to the outside and its huge window, the center definitely wants to be a meeting place for creators and the public. Built in stone and glass in a style that fits in well with the surrounding houses which date from after the war (Tours was heavily bombed), this museum seems to be a winner in a town, Tours, close to Vernou sur Brenne where the painter had his studio.

The son of Robert Debré, a famous pediatrician, and grandson of painter Edouard Debat-Ponsan  (famous defender of Capitaine Dreyfys), who taught him to paint in Nazelles, Debré is inaugurating the museum with a series of paintings made in Laerdal, Norway. 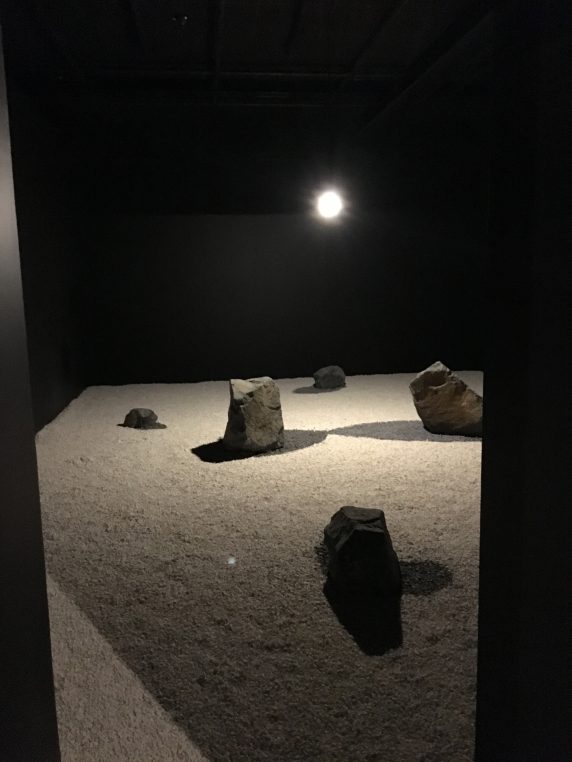 Lee Ufan, a collection of stones gather in a silent dialogue in “Pressentiment”

The opening exhibitions also include one of Lee Ufan, the South Korean 81 year old artist, who had early on in his career his own musuem in Naoshima’s island, Japan, where I discovered him six years ago. He was shown in Versailles in 2014, just after Jeff Koons.

He occupies six black rooms linked by white gravel on the ground floor of the CCCOD. The meandering in the dark  is mysterious and very exciting. His research on light and shade, darkness which leads to death, is also quite mystical.  And soothing… It acts as a stark contrast to Debré’s colorful and abstract paintings which are just as mystical. 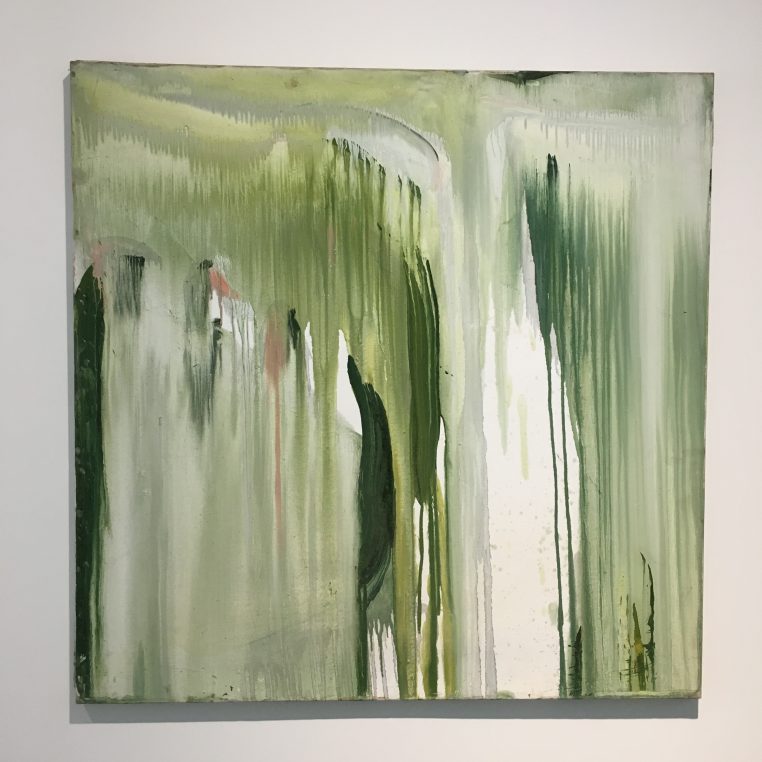 On the first and second floors, Olivier Debré’s majestuous paintings try to occupy the vast space. Unfortunately the hanging is not tight enough to be interesting. His works need intimacy and good lighting. They tend to float a bit in the large « White Cube » where the Norwegian series is hanging. But it is always a moment of grace to see them. 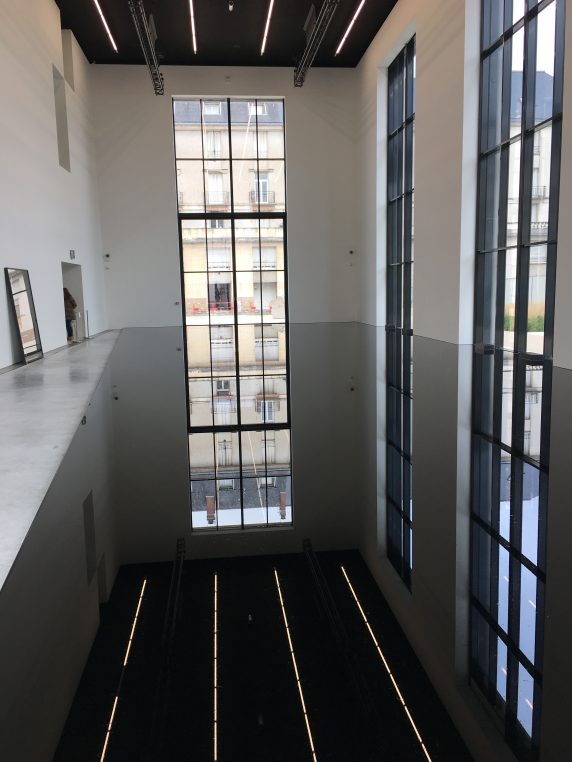 Per Barclay, “Chambre d’huile” is made of oil dyed in black

The real surprise of the show is Per Barclay‘s “Oil chamber”. The Norwegian artist poured liquid rape-oil tinted in black which becomes a mirror reflecting not only the building but all the adjacent structures. It gives a feeling of void and immensity that is totally pleasing. The piece will be documented with photographs and a book for those who cannot see it before September 3! (CCCOD, Olivier Debré lasts until September 17  and Lee Ufan until November 12)