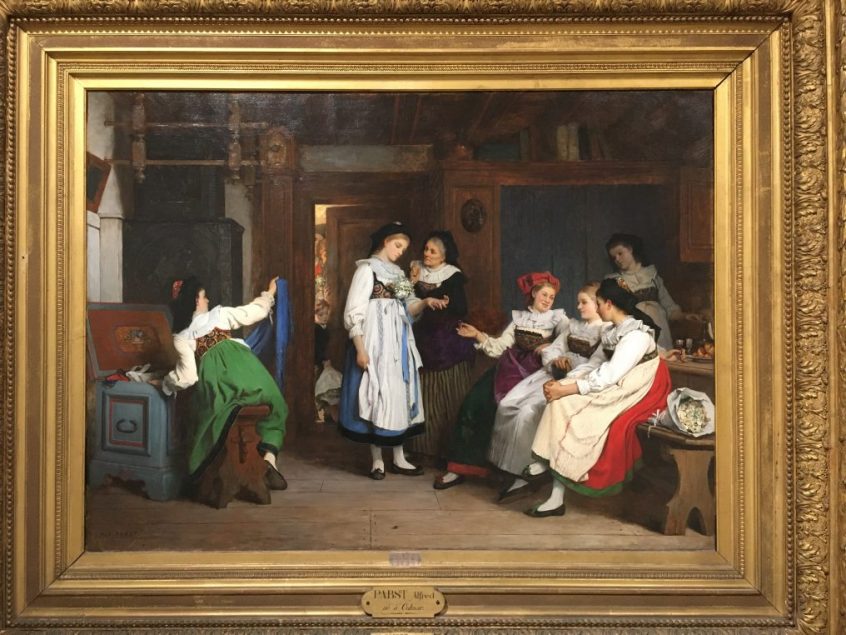 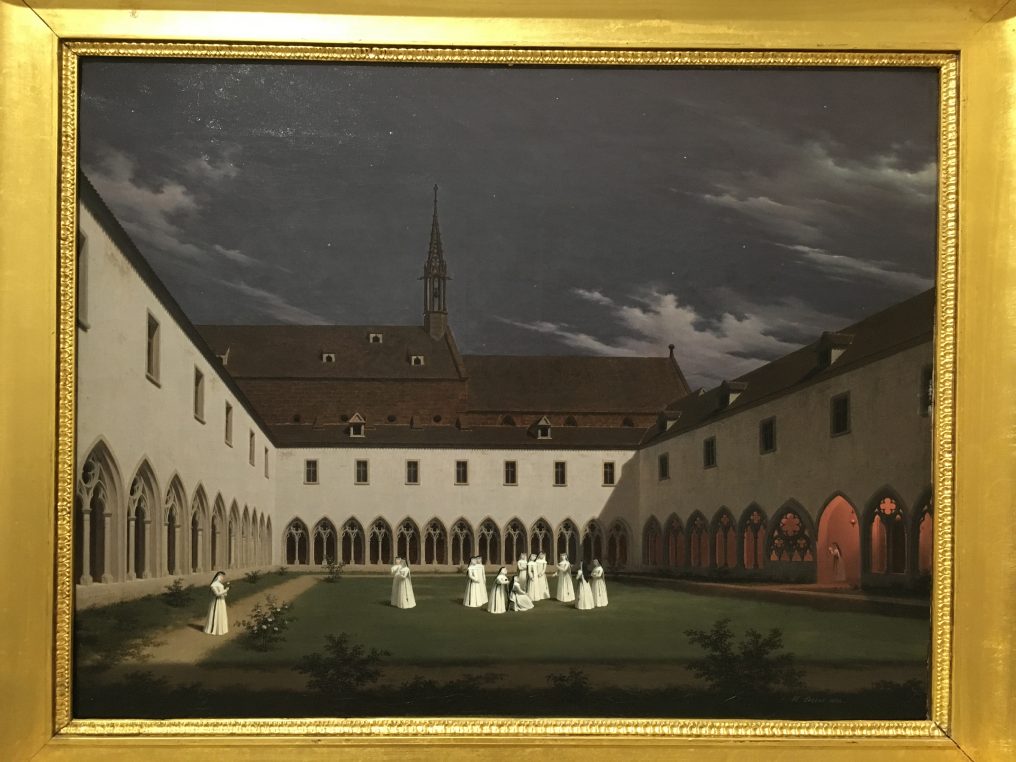 Like many provincial museums in France, the Unterlinden museum in Colmar is full of treasures seized during the French Revolution and/or given over the centuries by local benefactors. Its “star” is the altarpiece from Issenheim by Grünewald and Nicolas de Haguenau (1512-1516), but there is much more to see in this museum opened in 1853 and renovated by Swiss architects Herzog and de Meuron in 2015. This includes four beautiful vases by Theodore Deck, a surprising glass harmonica by Joseph Aloys Schmittbaur, many paintings by Colmar born Schoengauer in 1480, an anonymous “Wedding at Cana” and numerous medieval wooden sculptures. 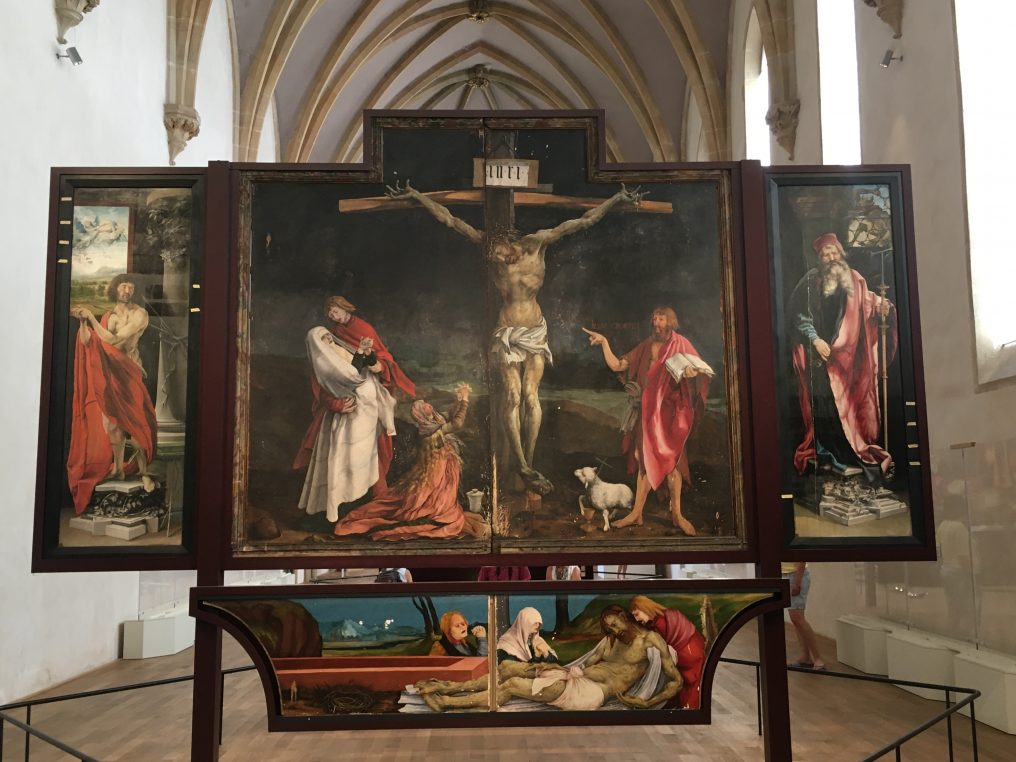 Opened in 1230 by two well born ladies, Agnes of Mittelheim and Agnes of Hergheim, the Dominican convent was named “Under the linen trees” (Unterlinden) and soon became a center for Rhineland mysticism. It was closed during the French Revolution and all its artwork was seized. There is therefore a strong collection of religious pieces in the museum. The circulation of the museum is slightly contrived at the moment, due to health security, but if you take the elevator to the top floor, where the decorative arts are, you can slowly walk down to the ground floor and see the altarpiece and walk over to the contemporary rooms which show Nicolas de Stael, Poliakoff, Guillaumin, a rare early Jean Fautrier and Jean Hélion. 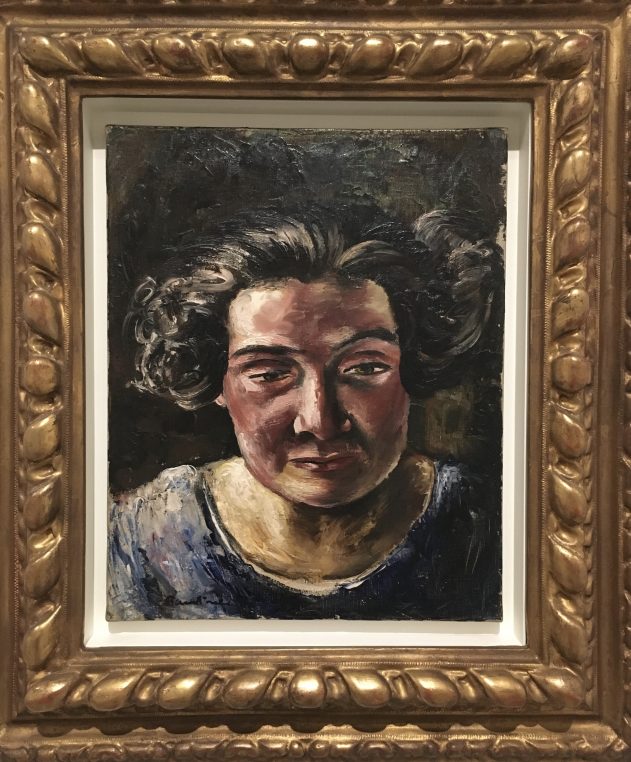 I love visiting such diverse collections where the eye is surprised by a brilliant Cranach, and suddenly surprised again by rare music instruments. It is a whole world of art history so diverse that anyone, children or grand parents, can find their pleasure equally. The town of Colmar is ravishing but  overly busy with tourists and I did not spend much time wandering around. I would have loved to have lunch at Auberge de l’Ill, the very famous two star restaurant in Illhaeusern run by the Haeberlin family since 1952, but I was expected elsewhere. 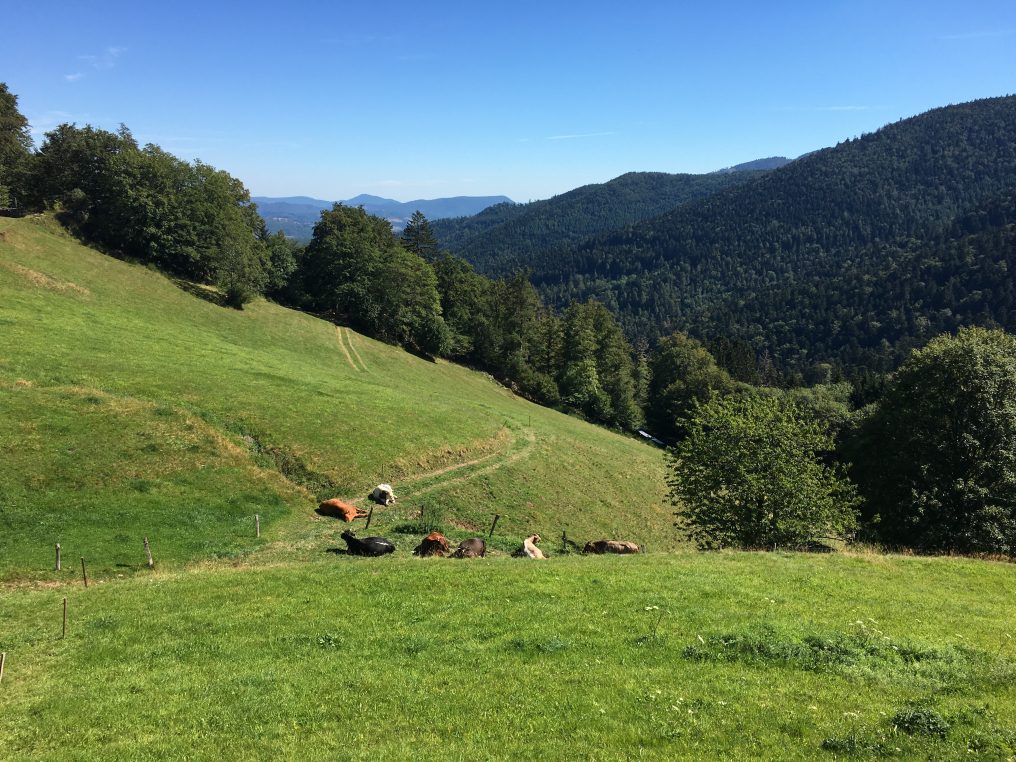 Walking around les Vosges between Col du Bonhomme and Turckheim

In the mountains near Fraize, where I tasted the munster flambé au marc de Gewurtz and the “Tchik” in the restaurant of Les Bagenelles. The view is spectacular and you can have a soft walk around before lunch. Munster is the local strong cheese and it is used in multiple ways including as a dessert with sugar and extra fresh cream. The area is full of beautiful villages including some like Ribeauvillé, which were famous in the 18 th century for their fabrics and wall paper. Linen and tablecloths are also very popular in Gérardmer under the name of Linvosges, where multiple factory shops provide for cheap linen as well. The lake there was already crowded at 10 am! 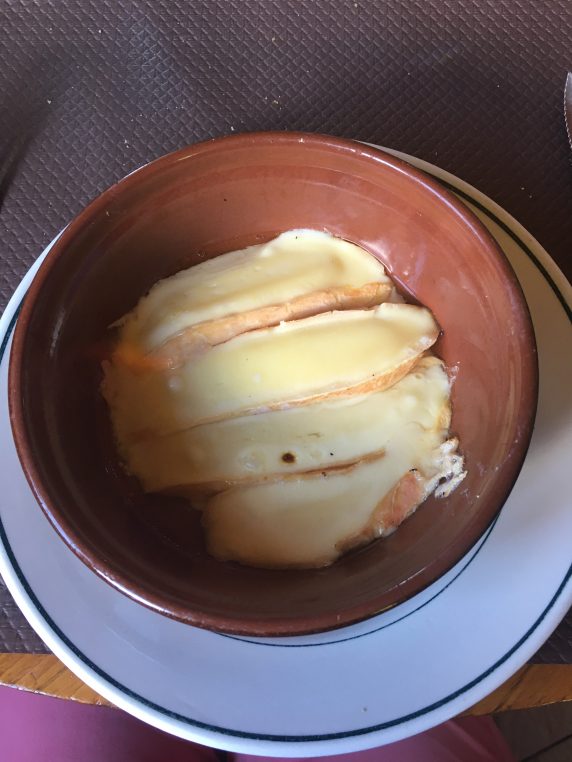 One Comment on “Unterlinden museum in Colmar, never disappoints”