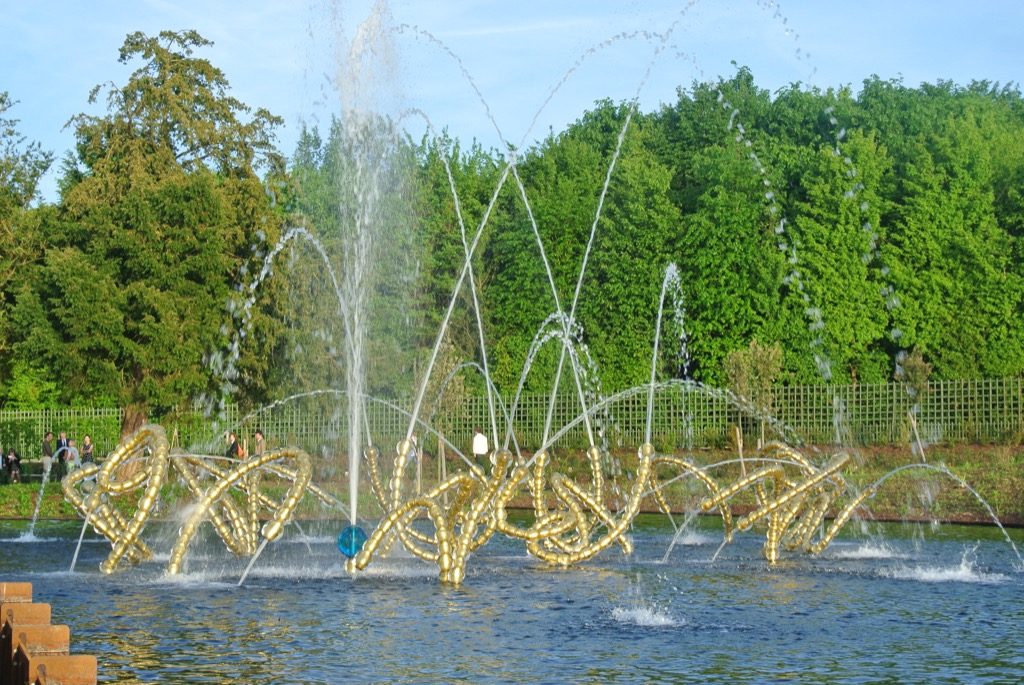 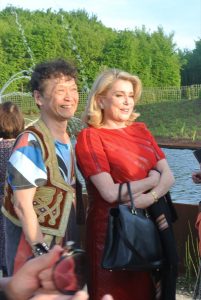 « Come at 7 pm through the « Grille de la Reine » said the invitation and we were just too happy to drive inside the parc de Versailles past the Trianon Palace hotel and look at the sheep having their Sunday night supper in the sunset. The new “Bosquet du Théâtre d’Eau”, resurrected by gardner Louis Benech, contemporary artist Jean Michel Othoniel and last but not least, amazing Catherine Pégard, President of Versailles, was being inaugurated. Discreetly posted in the back, stood Joël Cottin, the Head Gardner, who will be in charge of nursing the bosquet. 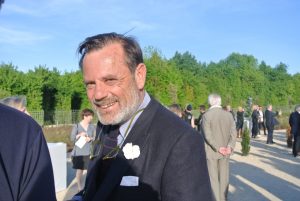 Louis Benech was happy to conclude a four year adventure with a sunny evening! 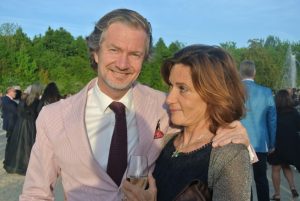 Created by Le Nôtre in 1671, this recreational garden was partly destroyed by the 1999 Christmas storm, which took down over 300 trees. Louis Benech who loves holm oaks, used them generously as a background to the two « basins » and three magnificent gold sculptured fountains made in Murano by Othoniel. How else could one celebrate the splendor of Louis XIV, the Sun King but with gold ? It was of course very frustrating not to have a fully grown garden but this is the privilege of nature, to take its own course and timing. In three years time, the bosquet will be a complete beauty! 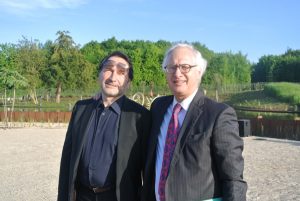 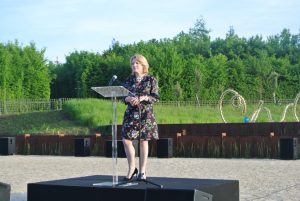 Catherine Pégard is incredibly successful as President of Versailles 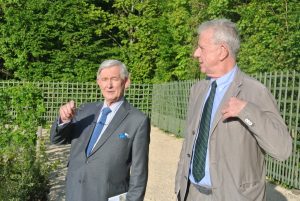 The choreography of the ballet performed by the L.A. Dance Project, with Lil Buck as a gold guest dancer, was not quite regal enough but the Empress, Farah Pahlavi, did not seem to mind the dust that she was getting on the front row. She was enjoying herself and filming everything with her Iphone. 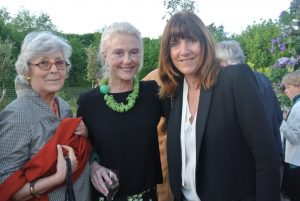 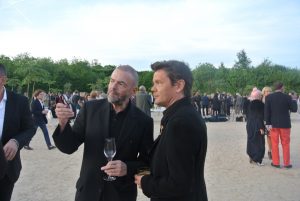 The mix of guests was fabulous, and even Françoise Dumas who organizes the best parties, enjoyed herself. Everyone wanted to be nice and enjoy one of the first warm evenings of the spring in this royal garden where « friendship », as Catherine Pégard pointed out in her 5 mn speech covering 300 years of history, was the key to success.
Sipping champagne at Versailles with golden fountains in action has no equivalent ! 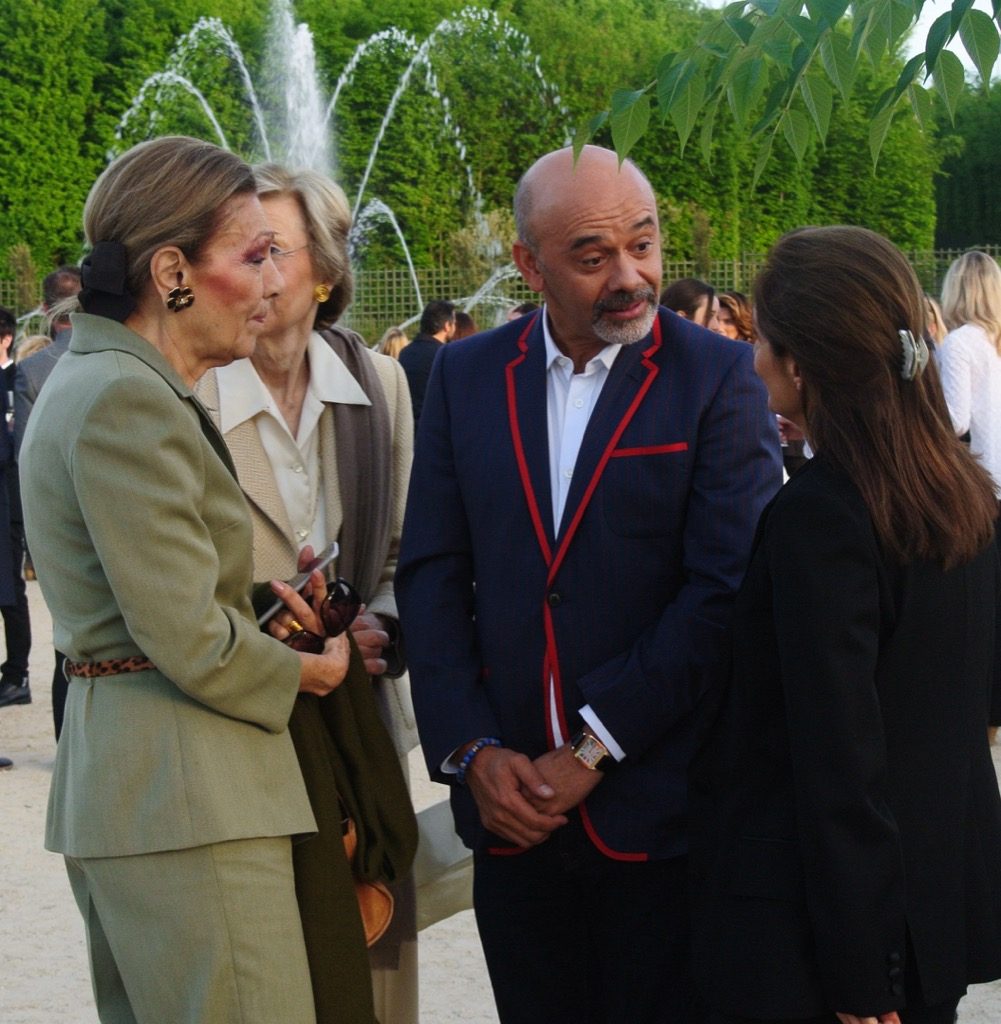 The Empress Farah Pahlavi with Christian Louboutin and Nazanine Ravai