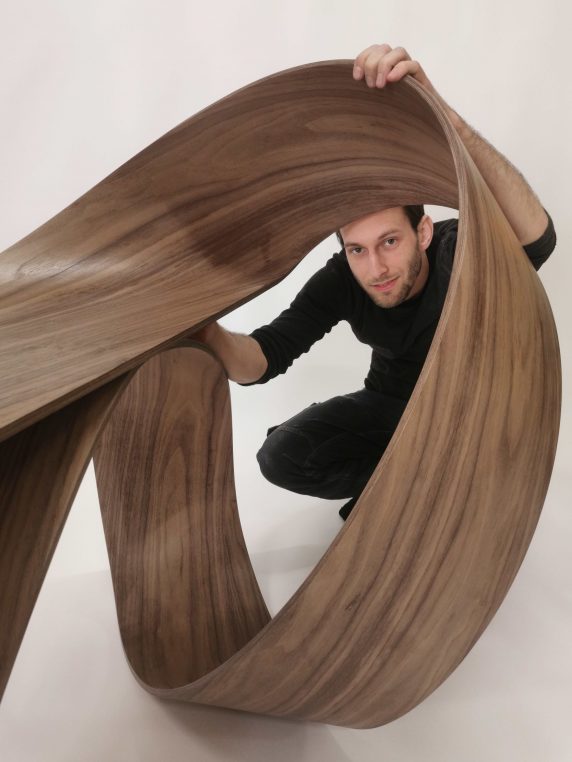 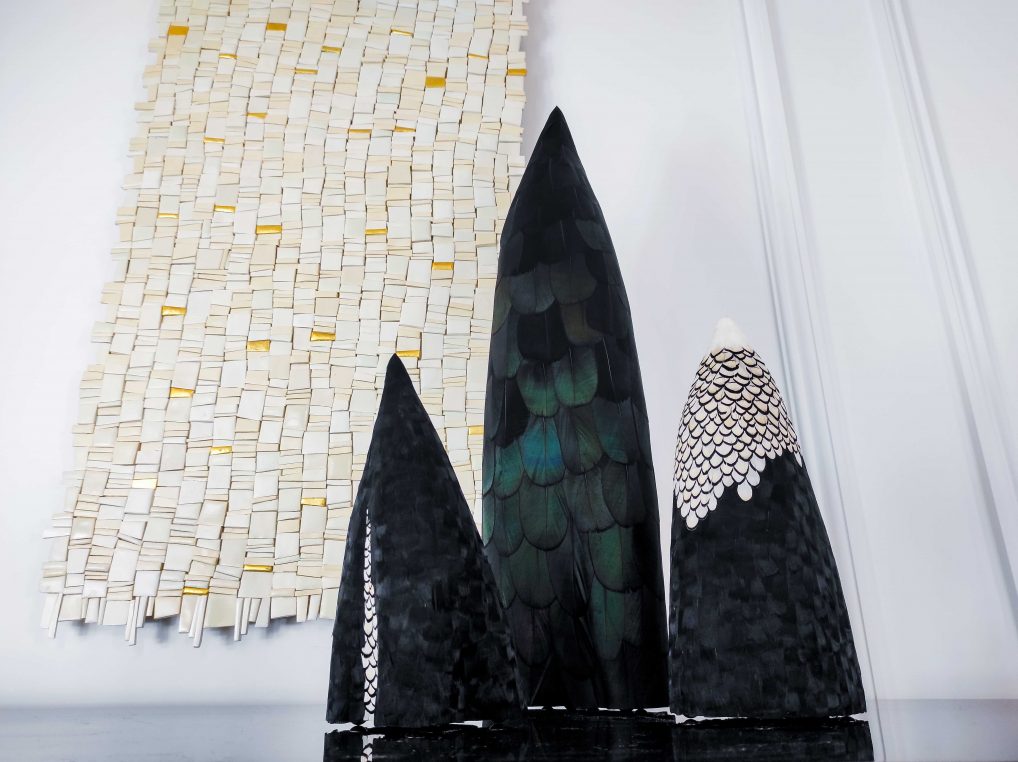 The most uplifting moment of the Design week (until 18 September) for me was to meet Pierre Renart and Julien Vermeulen, both 30, and with a ten year professional career, whose work I have admired for a couple of years. It was thanks to Florence Guillier-Bernard from Maison Parisienne, who patiently collects brilliant craft designers and throws them into the light. These two young guys are as charming as they are talented. One is a cabinet maker, the other one a plumassier (a feather artist) and they show together in a beautiful apartment on Ile Saint Louis. 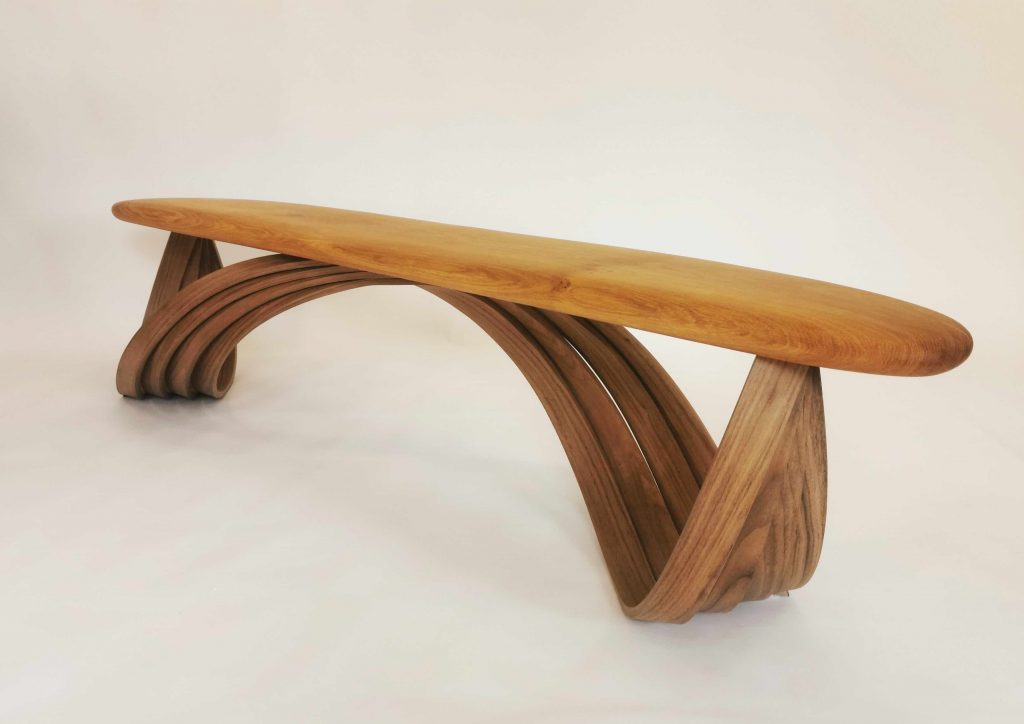 Vermeulen started his company with one thousand euros when he left Lemarié, the feather  and flower company owned by Chanel. He still designs for couture but has developed his own personal art with paintings in feathers and now “Totems”, his new collection of sculptures, made of goose and pheasant and rooster’s feathers. Black and white with a stripe of color. Prizes start at 900€. 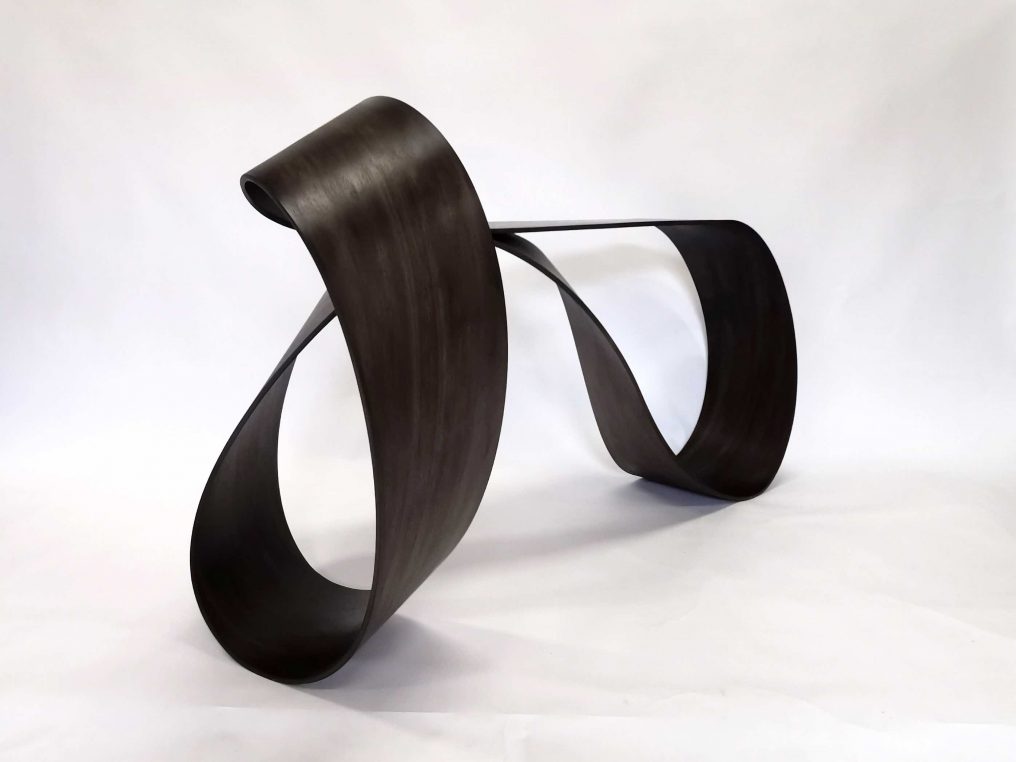 Pierre Renart, a graduate of Ecole Boulle, folds and molds precious woods into benches and consoles. His first line which made him famous was “Ribbon”. This new one in oak and stratified wood, is called “Fusion”. His Möbius Console is an endless loop inspired by the work of German mathematician August Ferdinand Möbius. Botha artists are modest and incredibly talented with a joyfulness and hard working mentality. They represent the best of French craftsmanship. 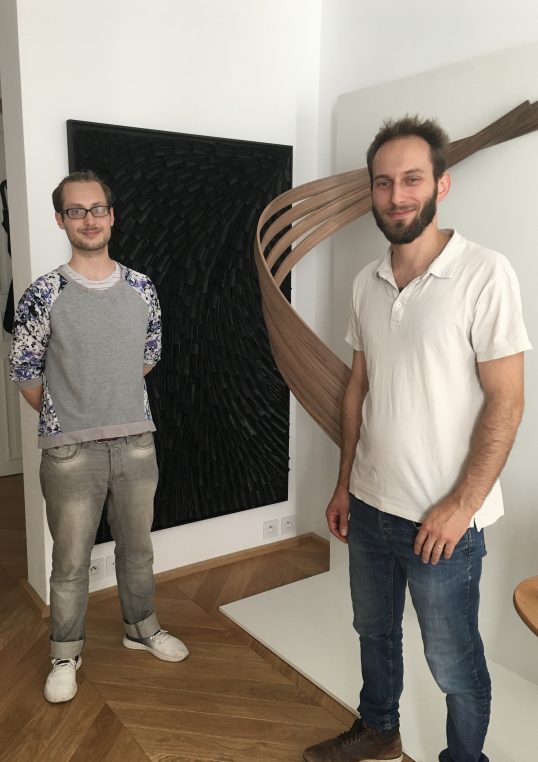 Florence Guillier Bernard also shows the wonderful cotton sculptures by  Simone Pheulpin at the Guru Craft and design fair  from 11 to 16 th September at 6 avenue Hoche.  This exceptional artist will turn 80 this winter and celebrates at MAD, Musée des Arts décoratifs with an exhibition next December. 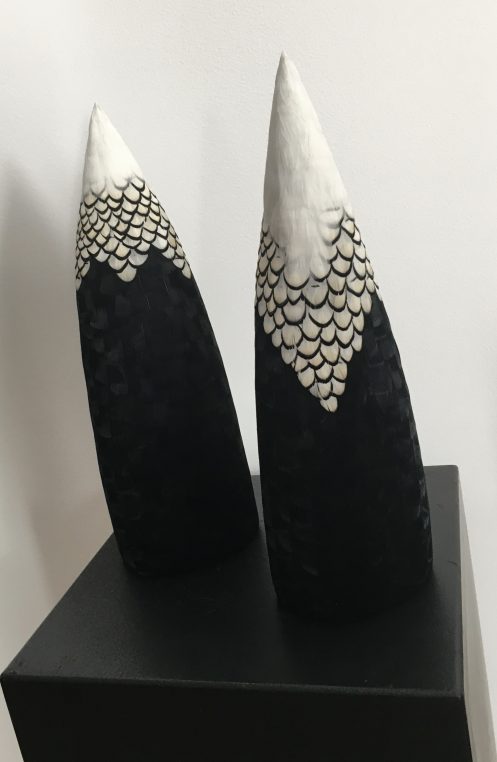